SAN FRANCISCO (CBS SF) -- One of the earliest Red Flag Warnings ever issued remained in effect for parts of the San Francisco Bay Area Sunday night as bone-dry winds continued to drain moisture out of local hillsides, heightening the dangers of a wildfire.

But just how dry have the hillsides become during our extreme drought conditions?

Researchers use a measurement called the Energy Release Component. It's an indicator of how much energy might be released from the grass, twigs, branches and trees should they catch fire. The higher the value, the more combustible the landscape is.

Records for ERC in the hills that surround the Bay Area go back as far as 30 years for some locations and the threshold that was crossed after this first week in May has set a new record for the Diablo Range.

In addition to stating how much energy might be released in a wildfire, a better way of thinking about this index is that it shows just how dry the landscape is.

When you look at this year's reading plotted on a chart vs average and record values, not only does the current value surpass the record for early May, perhaps more importantly, it reaches as high as what would have been average for late September. 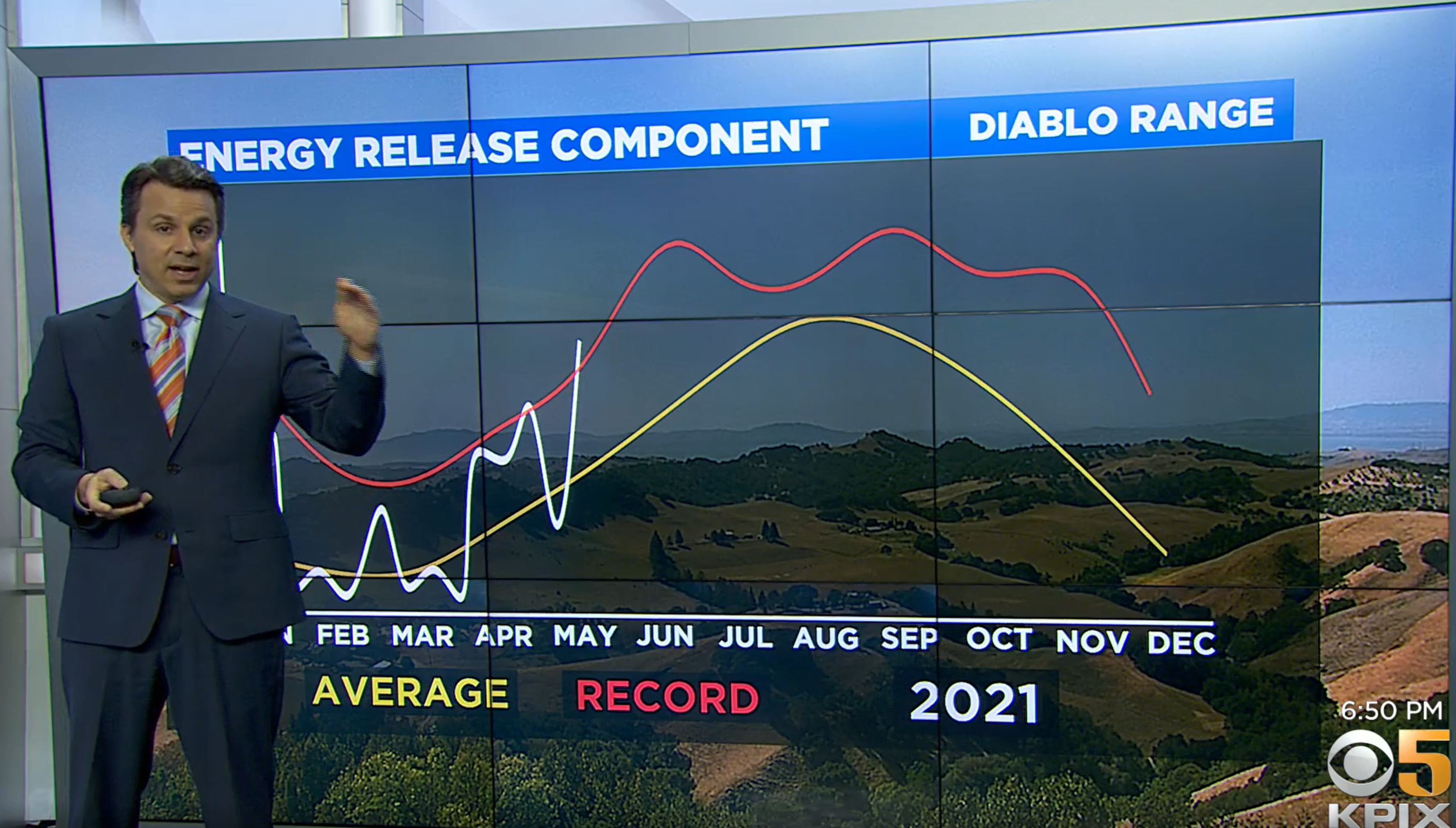 Perhaps more than any other measurement, the ERC helps illustrate how our traditional fire season has changed.

How did we get here?

The initial and obvious answer is a lack of rainfall this past year, but there is another important reason. The higher the temperatures in the atmosphere, the more moisture it can literally pull out of the landscape. Perhaps almost as important as our lack of rain, it is the above average temperatures this Spring that have placed us in record territory for extreme ERC in our local hills.