GREENVILLE (CBS SF) -- The wind-whipped flames of the Dixie Fire forced firefighters to retreat to safety Saturday afternoon as the towering blaze jumped among the tree tops, roaring into Indian Valley, burning homes and forcing residents living near Taylorsville to flee to safety.

During a Saturday night update on the fire, Plumas County Sheriff Todd Johns begged local residents to heed the call to evacuate.

"The fire is now at the top of the ridge (near Taylorsville)," he said pointing to Saturday's rapid eastern growth on the map. "You know how steep the mountains are behind you. If you have not done so, I highly encourage you to evacuate if you live on Arlington Road in Taylorsville. The fire activity at this point has been crazy. It's extreme, most of the time it has been unpredictable."

"I'm asking the people who live in Taylorsville and wanting to stay there to reconsider that and leave the area."

The massive 181,289 acre blaze was at its most active on the eastern edge where the fire was creating havoc for firefighters.

"The large spot fire north of Twain experienced significant growth to the east and crews are working at connecting the line from Hwy 70 north towards Round Valley Lake to stop this growth," Cal Fire said in its Saturday night fire update. "Fire crews and equipment are positioned to defend properties in Twain."

The flames closed in on Indian Falls and by nightfall several homes were ablaze. 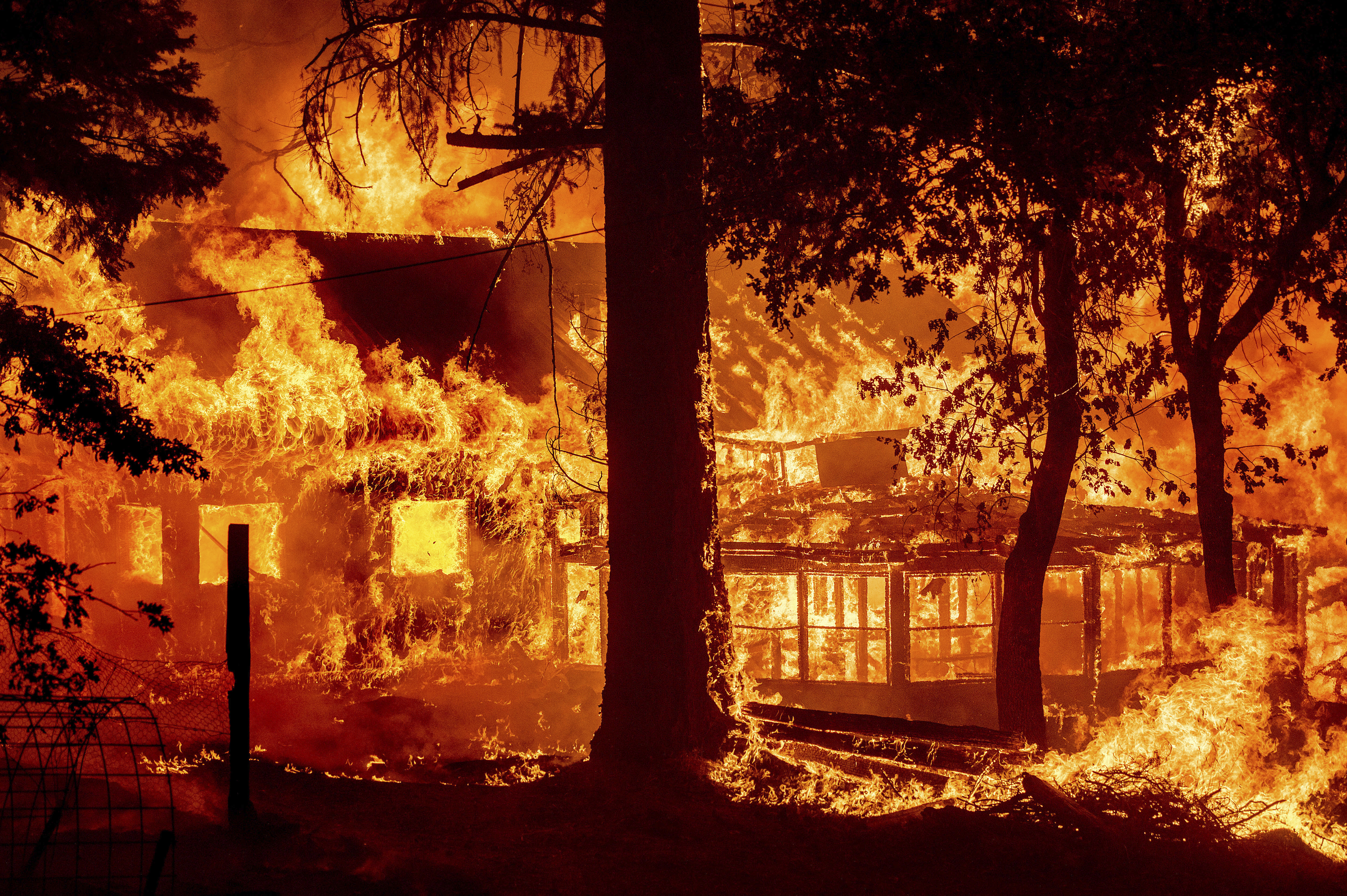 "The threats and risks associated with this fire are very real," said Cal Incident Team 2 commander Mike Minton. "We are observing fire behavior, conditions and fuel conditions that are not common for this area. The rapid rates of fire growth we are seeing are very real -- We experienced that today in the Greenville Wye. It's very extreme fire behavior that essentially caused firefighters to have to retreat into safe areas and allow for that fire front to make its passage."

The fire was 20 percent contained by Saturday night with more than 5,000 firefighters on scene. At least 16 structures have been destroyed with 10,724 threatened.