The Tampa Bay Buccaneers only listed four players on their official injury report but one player who is ruled out for the rest of the season looms large for their offense both literally and figuratively. 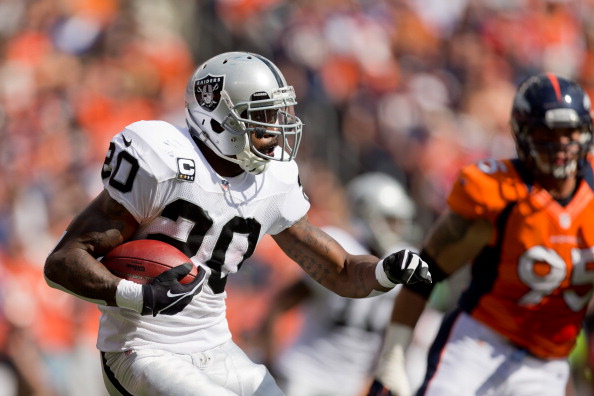 Left guard Carl Nicks needs surgery to repair a torn plantar plate in his left toe. The Bucs lost their other starting Pro Bowl guard, Davin Joseph, to a season-ending knee injury in the preseason.

One plan is to move the versatile Jeremy Zuttah from center to left guard and put recently benched RG Ted Larsen at center. The two took snaps at those positions in Wednesday's practice.  But Tampa Bay head coach Greg Schiano says he won't change the game plan even with the absence of Nicks.

Running back Doug Martin has played much better of late but his production is tied into the protection from Nicks.   Martin has averaged 5.1 yards per carry in the three games since Tampa's bye in week five.  He averaged just under 3.5 yards in his first four games.

Cornerback Eric Wright although probable, was still limited due to an Achilles injury and his status for Sunday is uncertain, according to Schiano.  Wright is also facing a four-game suspension for using Adderall.

As for the Raiders, last week they listed 20 players on the injury report.  This time, it's still a sizable number at 16.  Among the notables, middle linebacker Rolando McClain who has a bothersome toe injury which is similar to turf toe is listed as questionable.  McClain practiced all week and head coach Dennis Allen says McClain will be a game time decision.  Running back Taiwan Jones also questionable with a knee injury.

Linebacker Keenan Clayton is doubtful.   He injured his shoulder two weeks ago against Jacksonville and re-injured it last week against Kansas City.  He did not practice this week.

Once again, cornerback Shawntae Spencer (foot) and starting left tackle Khalif Barnes (groin) are out.   Both players were injured in week two at Miami and neither has practiced since then.  Barnes remains positive that he'll return soon.

Ryan Leong has reported on over 2,800 games in the Bay Area since 1998, covering the Sharks, Giants, A's, Warriors, 49ers, Raiders and the local college teams for radio networks and wire services. Having the best seat in the house to watch sports has been a thrill and Ryan still enjoys going to the games giving fans some insight and perspective on the players and coaches. His work can be found on Examiner.com.