LEGGETT (CBS SF) -- Teams searching the area where a SUV was seen careening into the murky, swollen waters of the Eel River in rural Mendocino County may have located parts of a missing Southern California family's vehicle, authorities said Wednesday.

Sandeep Thottapilly, his wife and children have not been heard from since late last week when they were in Klamath-Redwood National Park area in Northern California. They had been on a Spring Break road trip, traveling home on Highway 101 from Portland to Santa Clarita. 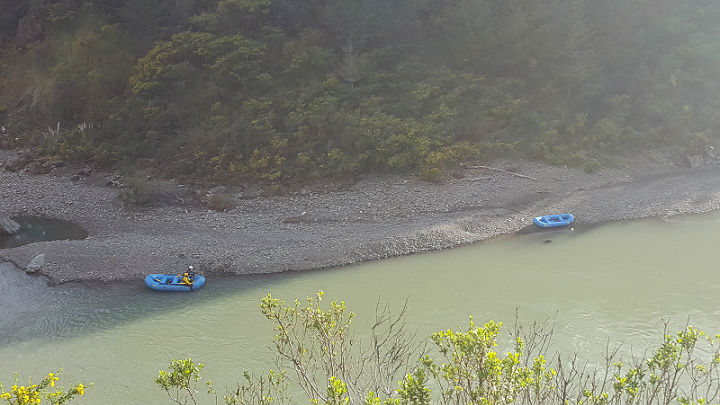 But they didn't arrive for a scheduled stopover at a relative's house in San Jose on Friday. By Sunday, relatives had reported the family missing to San Jose police and an alert was sent out.

Meanwhile, California Highway Patrol Officer William Wunderlich said there had been a report of an SUV crashing into the Eel River at the height of last week's storm.

"The vehicle was completely submerged in the river due to the heavy rain," he said. "We are working on finding the vehicle but we are not able to locate it."

Runoff from the heavy downpours at the crash scene made going into the river on Friday extremely dangerous.

"The water levels rose very rapidly Friday afternoon," he said. "The water current was very strong that day along with the clarity of the river -- it was hard to see through because of all the added mud and debris." 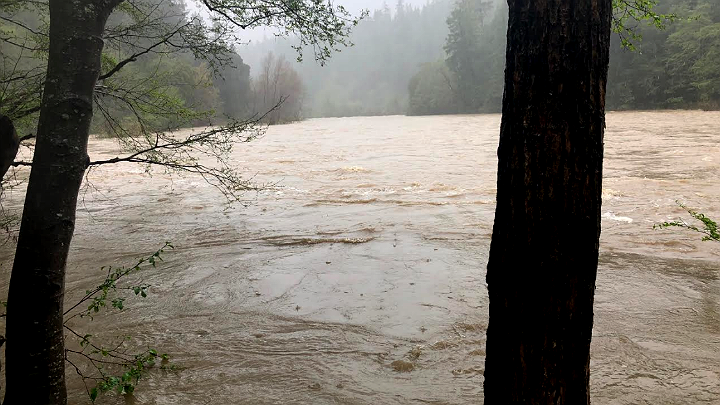 Wunderlich said investigators have found evidence that indicated "there were areas of impact as it (the SUV) transversed down the embankment" into the river.

An intense search of the river was launched by at least half a dozen law enforcement entities including at least one CHP helicopter. Crews up on steep bluffs with 100-plus foot drops from road to water assisted crews along the river bed looking for the SUV.

On Wednesday, Wunderlich said search crews had found what they believe to be parts of the SUV along the river bank. They believe the vehicle may have been heavily damaged as it bounced off trees before entering the river.

Rain and even hail was again falling in the area on Wednesday, slowing the progress of the search. Wunderlich said no sign of Sandeep or his wife, Soumya, or the children -- 12-year-old Siddhant and 9-year-old Saachi -- have been found.

By early evening, weather conditions had led authorities to suspend their search on the Eel River for the day. 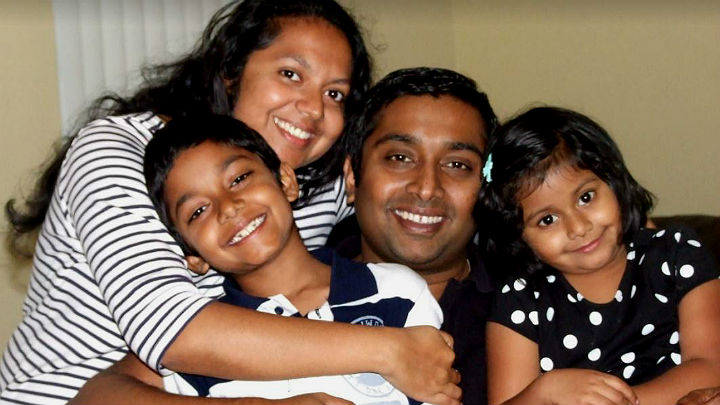 Family members said the Thottapillys were traveling in a maroon 2016 Honda Pilot with California license plate number of 7MMX138.

At the family home in Southern California, a single candle sits on the porch, burning in hopes the homeowners will be able to blow it out upon their safe return.

"It is very tough. The responsibility is felt," said Wunderlich. "We are doing everything within our power to locate this vehicle and to bring some closure to whoever the occupants may be."

Anyone with information about the missing family is asked to call 813-616-3091 or Detective Michelle Zanato with the San Jose Police Departments' Missing Person's Unit at 408-277-4786.