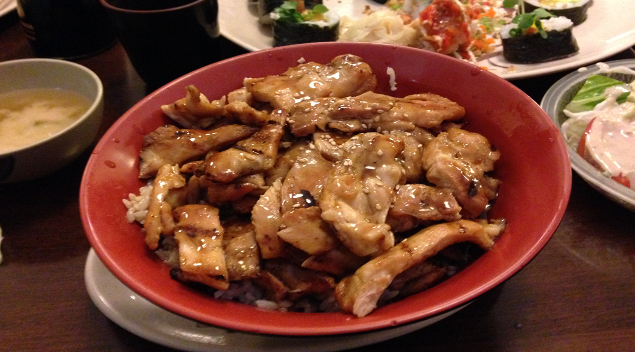 Featuring one of the few Japantowns in the country, the South Bay has a wealth of choices for phenomenal Japanese cuisine. San Jose's Japantown, just north of downtown San Jose, hosts the largest concentration of Japanese restaurants in Silicon Valley, and loyal customers might say all of them are worth a visit. But aided by the rising popularity of Japanese food and a very large Asian population here locally, there are now several Japanese restaurants all over the region, ranging from yakitoris and izakayas to sushi bars, ramen joints and yes, Asian fusion hotspots. Yet based upon international acclaim, positive national media and simply word of mouth, some might just be a bit better than their competitors. Here is a brief look at five of the best places in the South Bay for Japanese cuisine.

One of the most popular restaurants in San Jose's Japantown, Gombei has been serving delicious home-styled Japanese cuisine for more than 30 years. All of the traditional favorites are on the lunch menu, such as chicken teriyaki, deep fried chicken donburi and udon noodles, along with combination lunches that are commonly found at most Bay Area Japanese restaurants. The dinner menu offers several more outstanding choices including tofu hot pots, tuna sashimi and always popular "whiteboard specials." Over the years, the owners of Gombei added a second location in Menlo Park, then two other South Bay locations, in Sunnyvale and Santa Clara. First time visitors to the original location in Japantown should anticipate the possibility of a line out the door, especially for weekday lunches, and to pay with cash.

Anytime a restaurant gets mentioned by the venerable Michelin Guides, food aficionados tend to take notice. While Hachi Ju Hachi hasn't earned a coveted Michelin star, it has been recognized as a Bib Gourmand selection, emblematic of outstanding food at a moderate price, and remains listed in the Michelin Guide. Owner-chef Jin Suzuki offers an extensive dinner menu, featuring traditional Japanese cuisine interspersed with his own original culinary creations. In addition to popular dishes like byu-niku teriyaki filet of beef, buri tororo mushi yellowtail and tempura mori is chef's Suzuki's elaborate omkase tasting menu, with an optional sake pairing.

It's hard to go wrong with any of the great Japanese restaurants in San Jose's Japantown. While Gombei seems to be always ranked at or near the top, another highly ranked, family-owned business gained considerable attention in June with the appearance of one of America's most famous chefs. In the Bay Area for an upcoming segment of CNN's travel and food show "Parts Unknown," Anthony Bourdain stopped in for lunch and reportedly ordered hamachi kama, tempura and katsu curry. Minato is open for lunch and dinner and other savory dishes from the menus include tempura udon, sukiyaki and salmon teriyaki, along with house specialties like the "world famous teriyaki spareribs" and the Minato sushi roll, with spicy tuna and a "secret sauce."

Located in completely unassuming strip mall on the busy El Camino Real is one of the most celebrated Japanese restaurants in the entire Bay Area. On the other hand, it's also one of the most expensive, featuring omkase-only courses starting at $120 per person. But it wasn't long ago that Sawa Sushi was mentioned among the Top 100 U.S. Restaurants by Forbes and has been listed in the Michelin Guide since 2011. Chef Steve Sawa was also once depicted as a "sushi bully" by the Wall Street Journal but as he says, "We can still talk it out." Still, if first-time visitors ask for miso soup, a California roll or extra rice, they might be asked to leave.

Can two of the best Japanese Restaurants in the South Bay be just a block apart? The answer is a resounding yes, with Sawa Sushi and Tanto izakaya across the El Camino Real. While one of the main differences between the two is atmosphere, both share the distinction of inclusion in this year's Michelin Guides of recommended restaurants in the country. Open for lunch and dinner, Tanto offers an extensive menu of delectable Japanese dishes such as taki udon, sashimi salad and yaki onigiri and chef's specials like aigamo tataki and tofu satsuma age.