Late Saturday, the Sugar Fire, one of the blazes grouped into the Beckwourth Complex Fire, roared through the Lassen County community of Doyle consuming homes, businesses and vehicles.

Firefighters spent the weekend, going block by block, home by home to battle the advancing the wall of flames. As many a two dozen homes were destroyed or damaged. Fortunately, the vast majority of residents obeyed the mandatory evacuation orders. There were no reports of injuries or deaths. 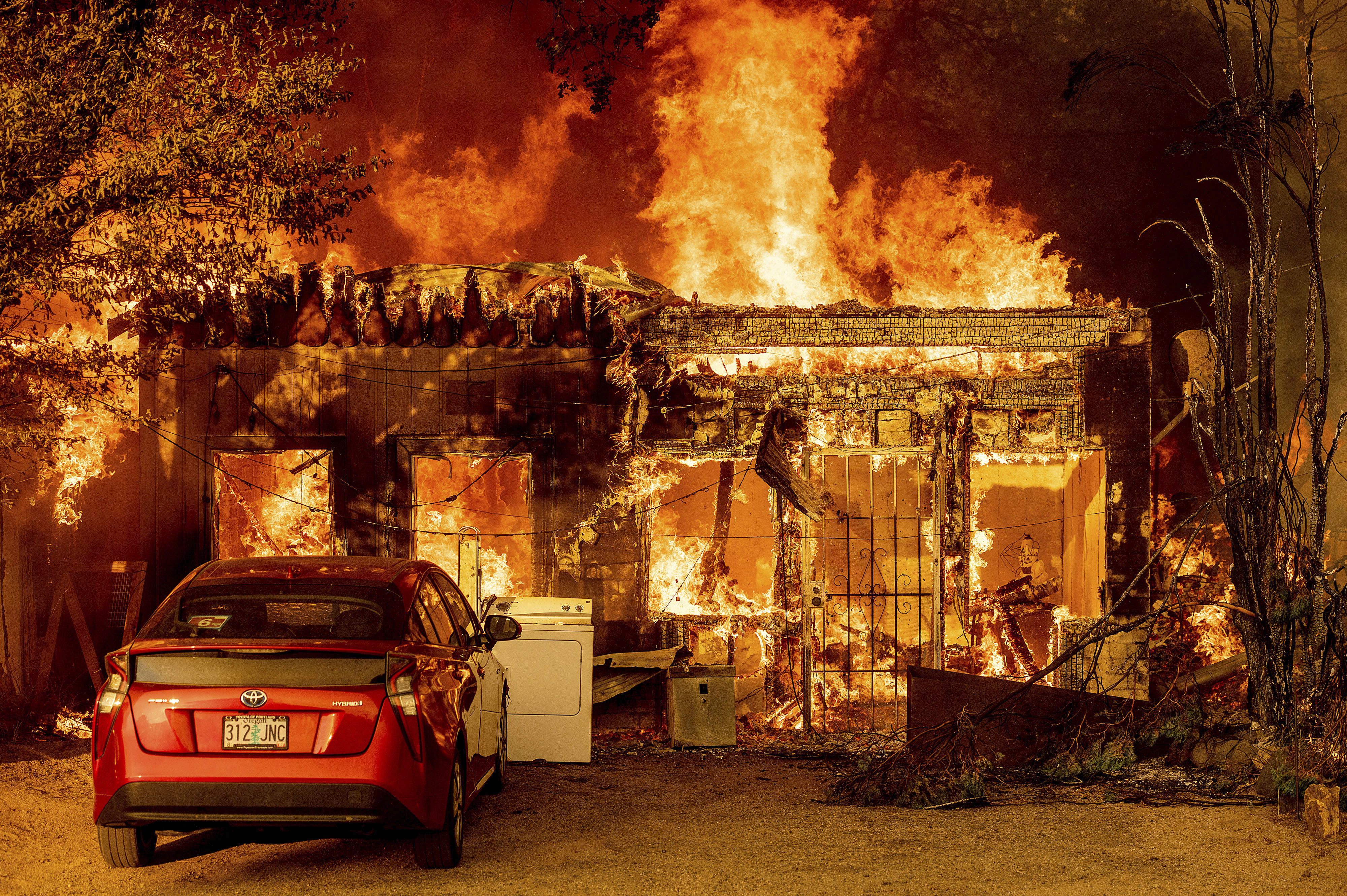 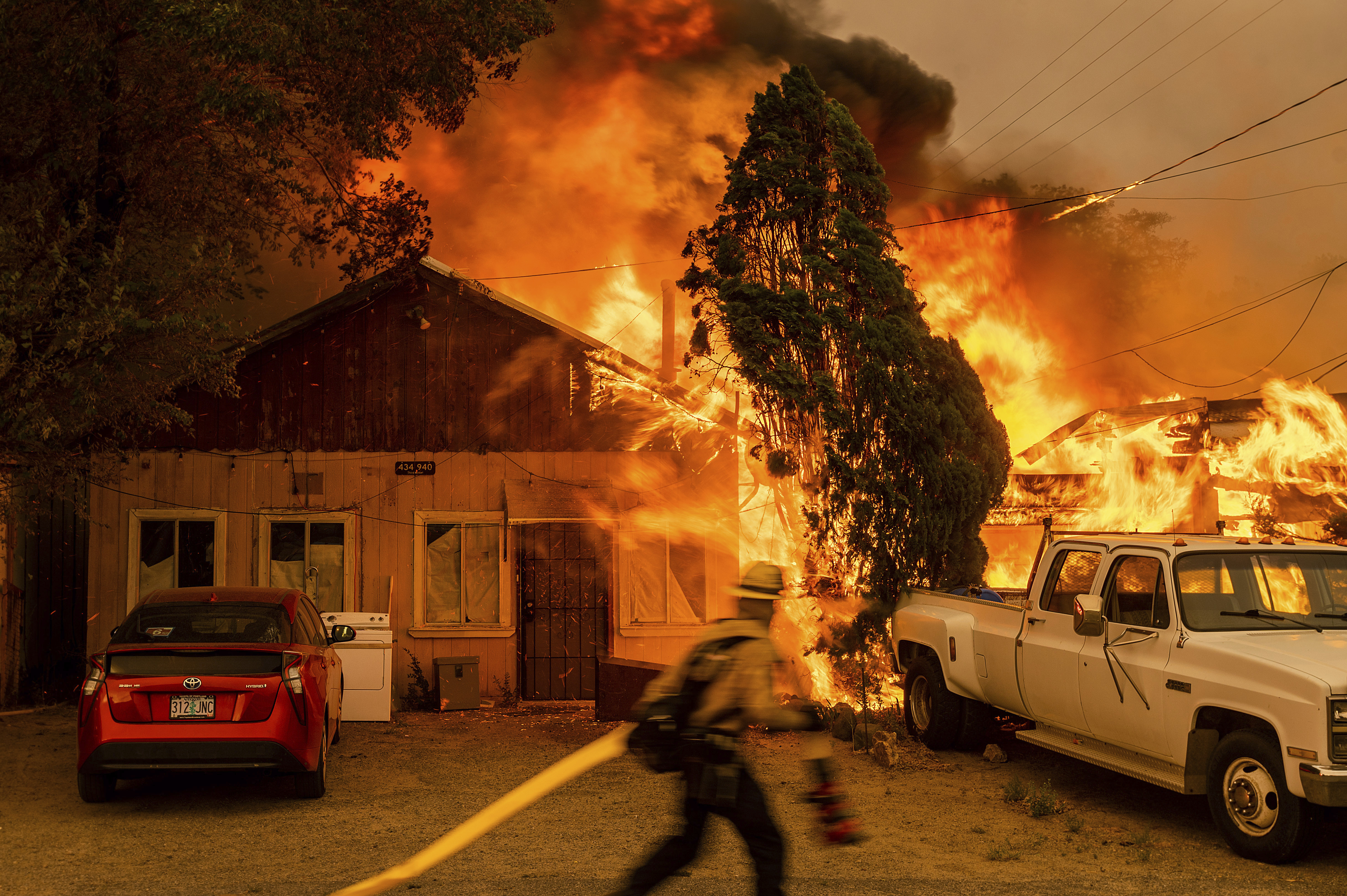 Hundred degree temperatures have made for sweltering conditions for firefighters.