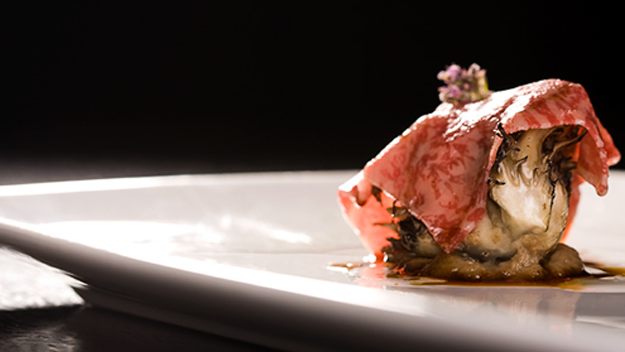 Although New York City can easily lay claim as America's top destination for high-end restaurants, there are other locations nationwide that also deserve merit. Therefore, for this list, all five restaurants are unquestionably among the world's most prominent, yet located in distinct and travel-worthy parts of the country. Using resources such as the James Beard Foundation, known as the "Oscars of Food," the Michelin Guide, Zagat and many others, a significant number of award-winning restaurants were accessed to finally arrive with a shorter list. With a nod to the other equally deserving high-end American restaurants, here is a list of five of the best that are worth a trip on their own.

Led by chef/owner Grant Achatz, Alinea is Chicago's only Michelin three-star restaurant and was recently named the World's Best Restaurant by Elite Traveler for the third consecutive year. Winner of multiple honors, including five James Beard awards and protégé of the French Laundry's Thomas Keller, Achatz is a master of avant-garde food preparation, with an impeccable attention to detail. The seasonally changing prix fixe menu currently features 18 incredible dishes, including oyster leaf mignonette, lobster with carrots and chamomile, a black truffle explosion with romaine and parmesan and the delightful balloon dessert with helium and green apple – a tantalizing dessert replete with edible helium-filled balloons made of dehydrated apple. Following the success of the ticket system utilized by Achatz's second Chicago restaurant – Next – Alinea sells advance tickets two to three months in advance and encourages guests to view ticket sale dates through its Facebook and Twitter pages. Top attractions within a few miles of Alinea include Wrigley Field, Lincoln Park and the Art Institute of Chicago.

Ask a New York foodie what the city's best high-end restaurant might be and the answer could involve a painstaking thought process. That's because New York boasts seven three-star Michelin restaurants, all with consistent inclusions among lists of the world's best. But by virtue of recent awards - S. Pellegrino's fifth best restaurant in the world, 2012 James Beard Chef of the Year for co-owner and Executive Chef Daniel Humm and perfect ratings by The New York Times and the Michelin Guide, Eleven Madison Park seems like a worthy choice, although celebrated restaurants such as Daniel, Le Bernardin and Per Se will rightfully disagree. Yet all will agree Eleven Madison Park is consistently ranked among the top five and continually raising the bar in fine dining excellence. Sample dishes from the restaurant's multi-course menu include sturgeon-smoked tableside poached lobster with escarole and almond and langoustine with fennel, sour cherries and clam. Located in the historic Metropolitan Life North Building overlooking Madison Park in Manhattan's historic Flatiron District, the restaurant is co-owned by restaurateur and native New Yorker Will Guidara, who previously served as the restaurant's general manager.

Michelin no longer produces a guide for Las Vegas, but if it did, at the top of the list would be Joël Robuchon at the MGM Grand on the Las Vegas Strip. That's because it's the only restaurant in the Gambling Capital of the World to earn that distinction. Led by the legendary French chef once named as his country's Chef of the Century by the revered French restaurant guide Gault Millau, the Vegas restaurant is also the only one in the U.S. to bear his name. The 16-course menu dégustation is among the world's most expensive including signature dishes such as La Langoustine, Le Poulet Fermier and L'oeuf de Poule. Joël Robuchon at the MGM Grand also offers an a la carte menu and prix fixe a la carte menu. With 12 restaurants located throughout the world, Chef Robuchon currently has 25 Michelin Guide stars, the most of any chef in the world.

Nestled within the pristine hills of the Napa Valley, the fabulous Restaurant at Meadowood Resort is just one of two restaurants west of the Mississippi River to earn three Michelin stars. Executive Chef Christopher Kostow, last year's James Beard winner for Best Chef West, is a master in precision food preparation and presentation in the dining room and his arrival has been credited for catapulting the restaurant into the world's upper echelon of fine dining. For the ultimate dining experience at Meadowood, Chef Kostow offers a 15- to 20-course Chef's Counter Tasting Menu, which may feature lavish dishes such as tuna venison kohlrabi sorrels caviar and king crab uni cauliflower butter presented over several hours. The restaurant's wine list features more than 1,200 selections, including selections from the Napa Valley's Harlan Estate and Screaming Eagle wineries, owned by Meadowood partners H. William Harlan and Stan Kroenke.

Related: Best Summer Backpacking Trips In America
Randy Yagi is a freelance writer covering all things San Francisco. In 2012, he was awarded a Media Fellowship from Stanford University. His work can be found on Examiner.com Examiner.com.