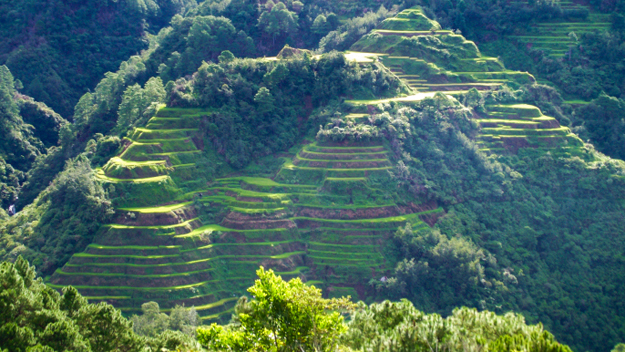 When it comes to the leading tourist destinations in Asia, the Philippines is far from ranking among the top 10. Yet based upon recent prominent world travel awards, the archipelago country consisting of more than 7,000 islands is quickly gaining international attention. While Manila is the most visited place within the Philippine Islands, visitors might enjoy their Asian trip far better by visiting attractions outside the bustling metropolis, including a spot named the World's Best Island. For an unforgettable trip to the Philippines, visitors should visit any or all of these seven must-see sites.

Perhaps the most famous attraction of the Philippines is the Banaue Rice Terraces, often called, and rightly so, the "Eighth Natural Wonder of the World." Located 67 miles from Santiago on the northern island of Luzon, the rice terraces are more than 2,000 years old and still in use by members of the community. Although this natural cultural treasure is one of the country's premier attractions, accessibility can be an issue for many international travelers. Visitors should plan on staying at least one night in the region, especially if they are traveling from Manila, approximately an eight-hour bus ride. Additionally, visitors should make arrangements to view the ancient terraces with a tour guide. The most popular place to stay is the Banaue Hotel and Youth Hostel, less than two miles away.

Related: How To Guide For Traveling Alone

The Chocolate Hills are a spellbinding geological wonder extending more than 20 square miles on the island of Bohol. The name of the cone shaped hills comes from its chocolate color during the summer dry season. However, the hills also look strikingly similar to the iconic Hershey's Kisses first introduced in the early 20th century. Estimates of the number of these hills are between 1,268 and 1,776, and the average height ranges between 98-164 feet, with the tallest at 393 feet. Bohol is easily accessible from neighboring islands by ferry boat to Tagbilaran from operators like Supercat Fast Ferry (2GO Travel), TransAsia Shipping and Lite Shipping. Upon reaching Bohol island, visitors can travel about the island via metered taxi or tour operators, such as Travelite Travel and Tours and BoholLife Tours. Recommendations for lodging include J&R Residence, The Peacock Garden and the very affordable Nuts Huts Resort. 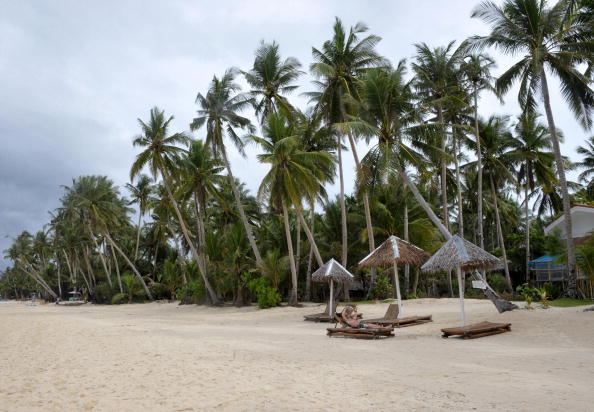 Winner of multiple world travel awards, including Best Beach in Asia and World's Best Island, Boracay is fast becoming the top tourist destination in the Philippines. A small island covering 3.98 square miles, or roughly the same size as Rockport, Massachusetts, Boracay offers several things to do, including scuba diving, wind surfing, scenic boat cruises, touring world famous beaches like White Beach and Puka Shell Beach and even free diving at the must-see Ariel's Point. Of the more than 100 hotels on the island are several world-class resorts, such as Shangri-La's Boracay Resort and Spa, Mandala Spa and Resort Villas and Discovery Shores Boracay, nominated in three categories by the 2015 World Luxury Hotel Awards. The most practical way to get to Boracay is to take a brief flight out of Manila to Caticlan Airport on the island of Panay, then take a short boat ride to Boracay.

Known for its nearly perfect conical shape, Mayon Volcano is the one of the world's most active volcanoes. Rising to a height of 8,081 feet, the massive volcano lies within a natural park of the same name that was the first protected landscape in the country. While the Philippines' most famous volcano is accessible to hikers, it's quite challenging — it requires at least two days to make the ascent and even a trip to the famous Mayon Rest House, at about half way up to the summit, can be very dangerous. Of course, mountaineers must also be wary of the potential for an volcanic eruption, with renewed activity reported just last year. For a safer alternative, visitors can easily view the volcano from the surrounding villages of Tabaco, Legazpi City, Camalig, Malilipot and Santo Domingo. Recommended lodging nearby are Casablanca Suites and Hotel Venezia in Legazpi City, or Hotel Fina and JJ Midcity Inn in Tabaco City. Further away, but also highly recommended, are Elysia Beach Resort and Giddy's Place Diver Resort in Donsol, another major Philippine attraction described as one of the world's best destinations to view whale sharks, known to be harmless to humans.

One of the New7Wonders of Nature, this fascinating national park is easily one of the most captivating places within the Philippine Islands. Located on the island of Palawan, the UNESCO World Heritage Site features what's believed to be the world's longest navigable underground river, measuring just over five miles. Surrounded by incomparable natural beauty, visitors can take a motorized boat along about half of the underground river with tour operators from the city of Puerto Princesa. Tours typically feature round-trip transportation from Puerto Princesa, entrance fees and permits, insurance, lunch and an English speaking tour guide. Visitors can either fly into Palawan from Manila and other cities like Cebu, or take a ferry provided by 2GO Travel from Manila or Coron. Once on the island, visitors can get around by boat, car or with tour operators. Lodging in Puerto Princesa is quite affordable at hotels like Floral Villarosa, Hibiscus Garden Inn and Puerto Pension.

Best known for breathtaking lakes, secluded lagoons and jaw dropping diving spots, Coron Island is one of the easiest destinations to reach from Manila. It's just a one hour flight to Francisco B. Reyes Airport on Busuanga Island, where visitors can have their hotel base in the town of Coron or continue onto a short banca boat ride to Coron Island. On the island are several of the Philippines' most popular attractions, including Banol Beach, Lake Kayangan, Trip Advisor's top attraction in the country, Lake Barracuda and the breathtaking Twin Lagoon, one of the most photographed places in the country. Coron Bay is home to one of the world's greatest dive spots, allowing divers to explore the wreckage of a fleet of Japanese ships sunk during World War II. Among the best places for lodging are the Asian Grand View Hotel and Busuanga Island Paradise. Two recommended luxury hotels in the region are on separate islands and accessible by boat — Two Seasons Coron Island Resort and Spa on Bulalacao Island and the spectacular Huma Island Resort and Spa, situated on a private luxury island.

The beautiful Philippine Islands boasts several world-class diving spots, including Tubbataha Reefs Natural Park, located several miles off the coast of the island of Palawan. However, visiting what has been called one of the world's top diving spots requires a multiple day boat trip on a liveaboard, such as those provided by Budget Liveaboard, Thresher Shark Divers or the Philippine Siren. Still, Tubbataha Reef is often considered the ultimate diving trip, where two large coral reefs can be explored and visibility is often up to 200 feet amid 500 fish species. For visitors who don't have the luxury of several days to travel to this UNESCO World Heritage Site, more practical dive spots can be found at places like Boracay, El Nido on Puerto Palawan island, Puerto Galera on Mindoro island and the Talei Maru Wreck in Coron.