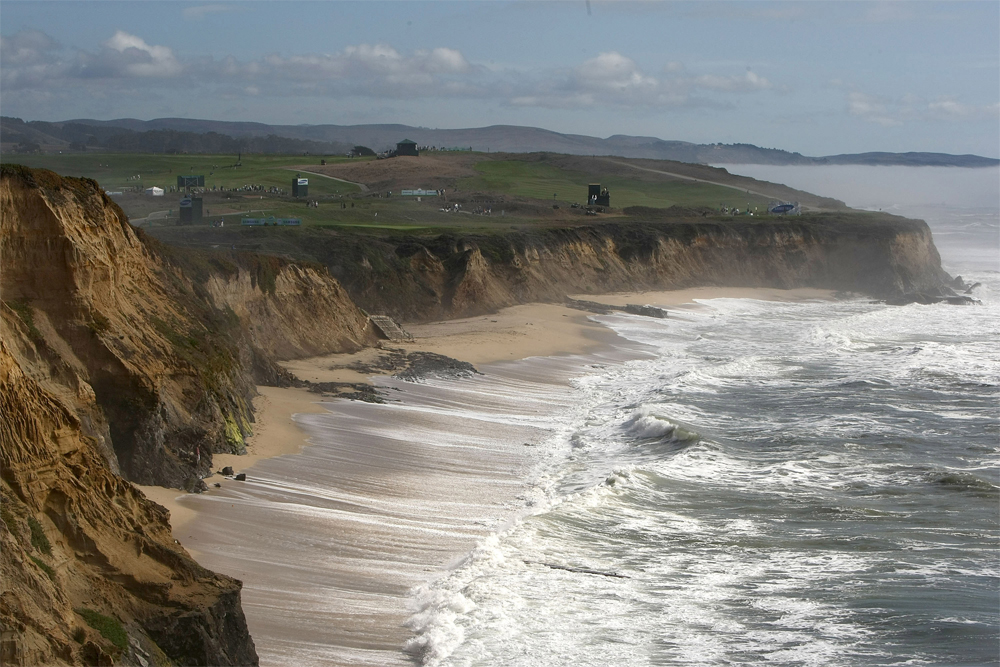 The San Francisco Bay Area is world famous for its iconic landmarks and breathtaking vistas. While there are literally hundreds if not thousands of locations where you can take in the area's natural beauty, you can save some time on your trip simply by having a room with a view. Whether your preference is a panoramic view of the San Francisco Bay or seemingly endless rows of grapevines, there is a local hotel perfectly suited for you. Here is a look at five of the best hotels in the Bay Area with a view.

Peacefully tucked away in the rolling hills above the Silverado Trail, Auberge du Soleil commands breathtaking views of the picturesque Napa Valley. First opened in 1981 as an upscale restaurant, the elegant country inn became the first luxury hotel to operate in the Napa Valley and has since been consistently acclaimed as one the world's best resorts. The 33-acre property features 50 earth-colored maisons and two private cottages, with each equipped with a fireplace and a spacious terrace for more captivating views of one of the most celebrated wine producing regions. Also on the property is the Michelin-starred Restaurant at Auberge du Soleil, featuring distinctive California cuisine from executive chef Robert Curry and a 7,000-foot award-winning spa. In addition to neighboring Rutherford Hill Winery, visitors to the area might also want to visit Sterling Vineyards, featuring the Napa Valley's only aerial tram, providing transportation to the winery and even more spectacular views.

Related: Best Hotels With Restaurants In The Bay Area

Located on a former military post just north of the Golden Gate Bridge, Cavallo Point provides some of the most sweeping views of San Francisco Bay. The luxury hotel opened in 2008 after a lengthy restoration of the former's officer's quarters of Fort Baker. Today Cavallo Point is widely regarded as one of the world's best hotels, featuring 142 rooms and most with bayside views, an award-winning spa and one of the Bay Area's best restaurants. Among the best activities at Cavallo Point are complimentary morning yoga classes, cooking classes and guided hikes under the Golden Gate Bridge.

Unquestionably the most famous hotel in the East Bay, the Claremont Hotel affords a unique vantage point to take in extraordinary views of San Francisco Bay. Located at the base of Claremont Canyon within the Berkeley Hills, this iconic hotel is a familiar landmark whose stately design makes it possibly the most recognizable hotel in Northern California. Many of the hotel's 279 rooms feature glorious views of  Bay Bridge and the San Francisco skyline. The Claremont Hotel also has 22 tennis courts, three outdoor pools, a luxury spa and three restaurants, including the Meritage at the Claremont, winner of Wine Spectator's Award of Excellence for nine consecutive years with even more remarkable bayside views.

Occupying the top 11 floors of San Francisco's third tallest building, the Mandarin Oriental offers unparalleled views of the city. One of the finest luxury hotels in San Francisco, the Mandarin Oriental has 151 guestrooms and seven suites, all offering exquisite furnishings and sweeping vistas. Additionally, the hotel's 40th floor Sky Deck is the city's highest event space and allows guests to admire landmark sites such as Coit Tower, Alcatraz Island and the neighboring Transamerica Pyramid. Guests can also enjoy California-inspired cuisine at the upscale Brasserie S&P restaurant, or relax at the extravagant Spa at Mandarin Oriental.

Perched upon a secluded promontory overlooking the Pacific Ocean, the Ritz Carlton Half Moon Bay offers some of the most stunning vistas of the California coast. Just minutes from the boutique shopping in downtown Half Moon Bay, this extraordinary property with two championship course is the Bay Area's only golf resort with a coastal setting and one of just a few elite properties in the Peninsula. Each of the 261 rooms, guesthouse rooms and guesthouse luxury suites offer more pristine views of either the rugged coastline or the golf courses. The sprawling property also boasts an indoor heated pool, tennis courts, a 16,000 square foot spa and convenient access to world-class beaches.

Related: Best Bed And Breakfasts In The Bay Area