SACRAMENTO (CBS13) — UC Davis Chancellor Linda Katehi has been placed on leave after controversies swirled over an image enhancement campaign and accepting controversial board seats.

UC President Janet Napolitano released a statement on Wednesday saying Katehi has been placed on investigatory administrative leave. She's bringing in an outside investigator to look into Katehi's leadership, and compensation of the chancellor's immediate family members, including her husband who is a faculty member.

"I am deeply disappointed to take this action," said Napolitano said in a prepared statement. "But Davis is a strong campus, nationally and internationally renowned in many academic disciplines. I'm confident of the campus's continued ability to thrive and serve California students and the Davis community."

UC Davis Provost Ralph Hexter will take Katehi's place while she is on leave.

Katehi has come under fire in recent months for appearing on the board of a textbook publisher as well as a for-profit college, and over the university spending $175,000 on an online image enhancement campaign meant to draw attention away from incidents like the infamous 2011 UC Davis pepper spray incident.

Katehi had accepted paid board seats with DeVry Education Group and college textbook publisher John Wiley and Sons. When the news came to light, Katehi resigned from the DeVry board and promised to donate her proceeds from serving on the textbook publisher's board to a scholarship fund for UC Davis students. The DeVry position would have paid $70,000 a year, plus stock in DeVry.

Student protesters occupied a floor of the administrative building for more than a month protesting what they called Katehi's unethical behavior. They ended the protest on April 15 after five weeks, saying they achieved their goal of bringing attention to Katehi's actions.

Before the student protest ended, another controversy involving Katehi came to light. A report showed the school spent $175,000 on a public relations campaign meant to suppress controversial events on the campus like the pepper spray incident and promote more positive parts of the school.

The pepper spray incident was a dark point in the history of UC Davis. Students who were part of a protest with the Occupy movement refused to comply with campus officers' calls to disperse from an area, and as a result were coated with copious amounts of pepper spray by campus police Lt. John Pike. The incident drew international attention and the retirement of the UC Davis police chief at the time. Pike was later awarded nearly $40,000 in a workman's compensation claim. At the time, school administrators spent $100,000 on a media expert to help them manage fallout from the video. 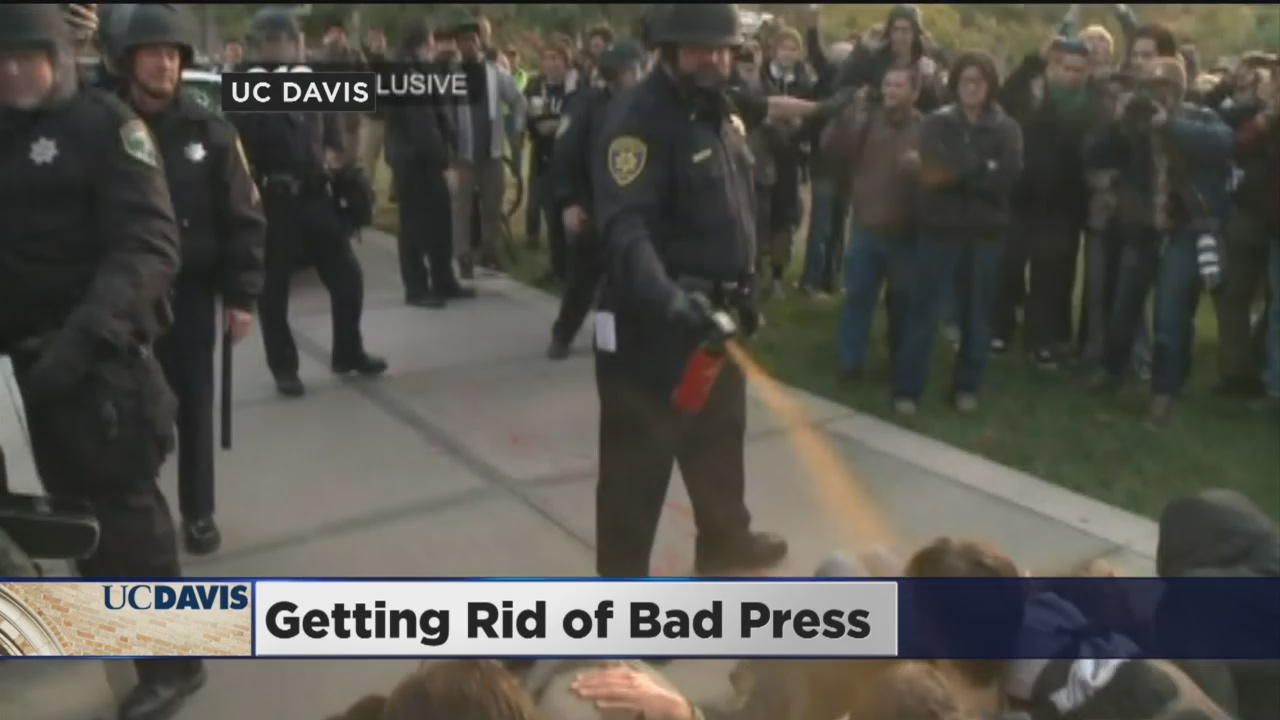 At the time, students also were calling for Katehi's resignation. 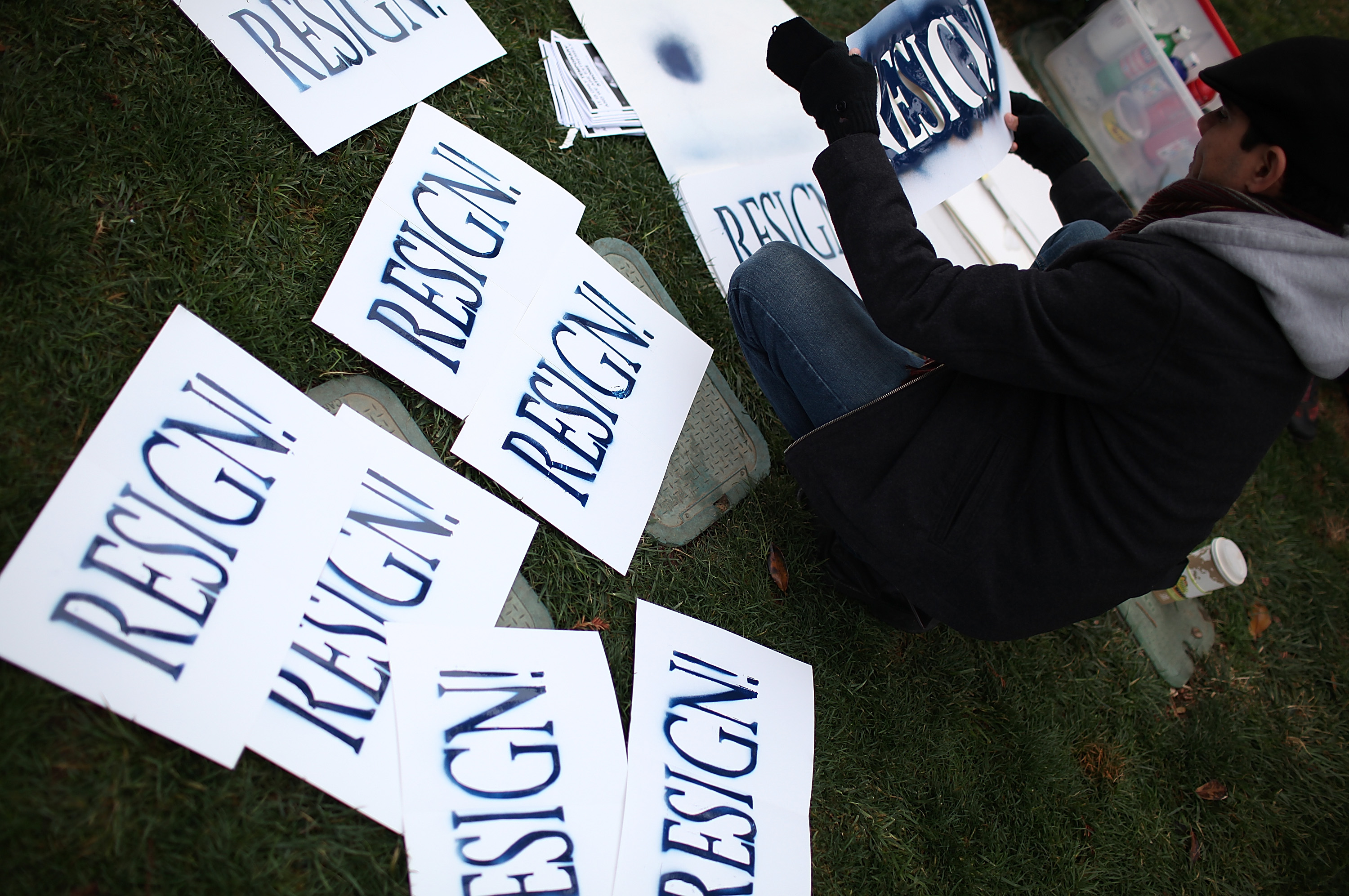 Katehi has also come under fire from California lawmakers calling for her resignation on multiple occasions since the board seat controversy came to light.