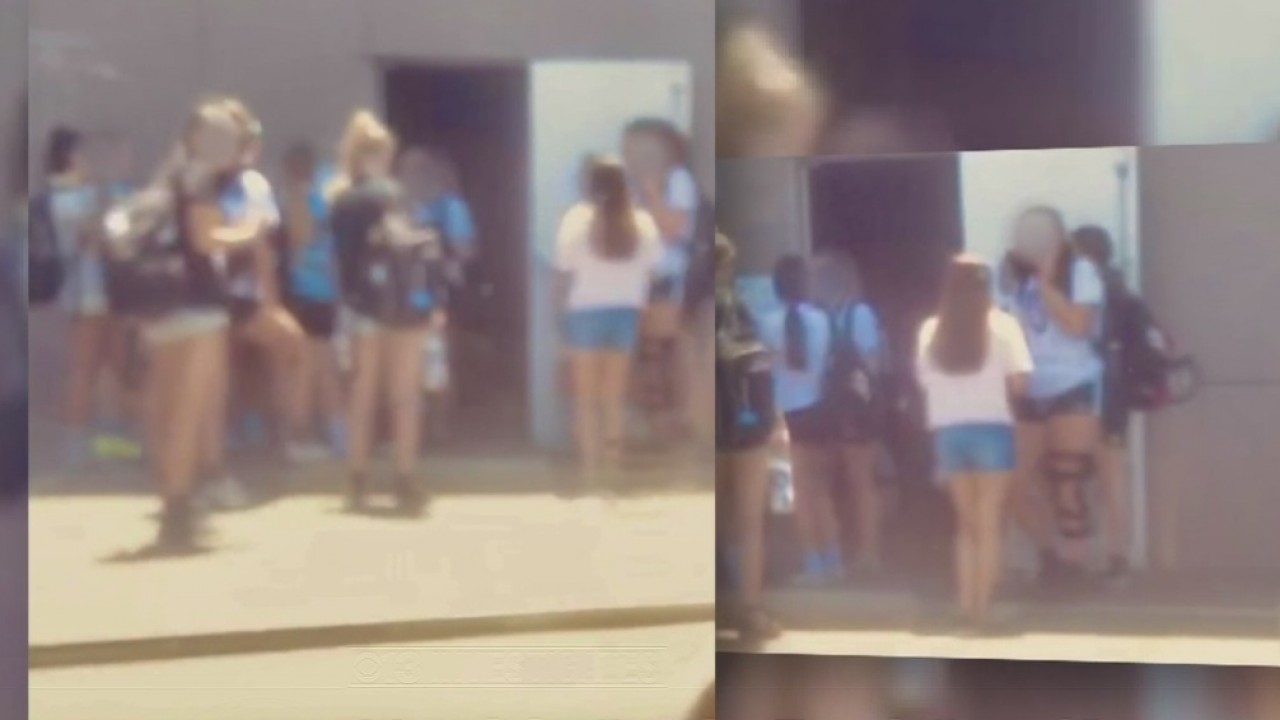 Images taken outside the Placer United Soccer Club, showing youth soccer players gathering for a training session, are raising concerns among some parents. Placer United confirmed that they had been holding team trainings at their indoor facility last week, which violated state health orders and league guidelines.

Images taken outside their training facility on Sunday show more than half a dozen youth players standing in tight groups without apparent social distancing.

"It was made clear to all of us," John Sommercamp said. "No organized soccer events outside of your own family."

Sommercamp is a coach at another local club and he cited health concerns related to unsanctioned indoor practices, which the CDC lists as higher risk.

The team was holding trainings at a time when new COVID-19 cases in Placer County are on the rise, including at least 20 kids and teens from at least 12 households over the past month, according to the Placer County Health Department.

"You have no means to guarantee that any of those kids are not sick, won't get sick... you're going to scatter those kids back into the community," Sommercamp pointed out, noting concern for elderly or immune-compromised family members.

In an email, the Placer United Soccer Club told CBS13 that they sent the county health department a copy of the detailed guidelines they created for their club, which included social distancing, no contact, small groups and prohibiting parents inside the facility.

"We sent a copy of our standards to the Placer County Health Care Officer, and we interpreted the feedback we received as allowing us to conduct practices with our own club members, in our own facility, if the training sessions were non-contact and allowed for social distancing," Yvonne Sieber said on behalf of the club, noting she is the parent of three PUSC Players and the Chair of the PUSC Board of Directors.

But the Placer County Health Department tells CBS13, "We had not been aware of the (trainings)" and had "previously relayed state language" to the club stating "youth sports are not currently permitted."

Meanwhile, the league, Norcal Premier Soccer, told CBS13 it is investigating the trainings, adding that most of their clubs are complying with health guidelines, and for those that aren't "insurance coverage is not in effect."

Competitive youth sports in Placer County are a multimillion-dollar industry and there's a growing call for new state guidelines to safely reopening outdoor youth sports this summer. Many point to other seemingly higher-risk actives that are now allowed.

"Everybody wants to be out there. We're just following the guidelines," Sommercamp said.

Placer United says they have now stopped their training sessions. However, late Friday, Placer County got back to CBS13 with an updated response indicating that the types of training Placer United said they were holding, may now be allowed as of Friday.

The county cited new state guidance for fitness studios and gyms that were allowed to re-open as of Friday, stating: "Drills, that do not involve team contact are permitted in counties with a variance to the extent that they can comply with the gyms/fitness studios guidance https://covid19.ca.gov/pdf/guidance-fitness.pdf."

"So," a county spokesperson added, "to the extent that a practice just involves drills and NO team contact, those are indeed permitted."

However, upon closer look, the gym/fitness studio guidance does seem to specifically exclude these types of youth training, stating:

"This guidance does not apply to day care or child care services, youth camps, team or contact sports, school and educational activities, and other public gatherings. For guidance on summer camps, outdoor recreation, and child care, refer to the guidance on the COVID-19 Resilience Roadmap website. Most organized activities and sports such as basketball, 3 baseball, soccer, and football that are held on park fields, open areas, and courts are not permitted to the extent that they require coaches and athletes who are not from the same household or living unit to be in close proximity, which increases their potential for exposure to COVID-19. Members of the same household may engage in such activities and sports together."

CBS13 reached back out to the county for clarification. We are awaiting a response.