ORANGEVALE (CBS13) — Neighbors in an Orangevale neighborhood have found nails in the streets, driveways and even a garage. They say someone is putting them there on purpose, again.

They call it a malicious problem they've dealt with for months, and it's getting worse. 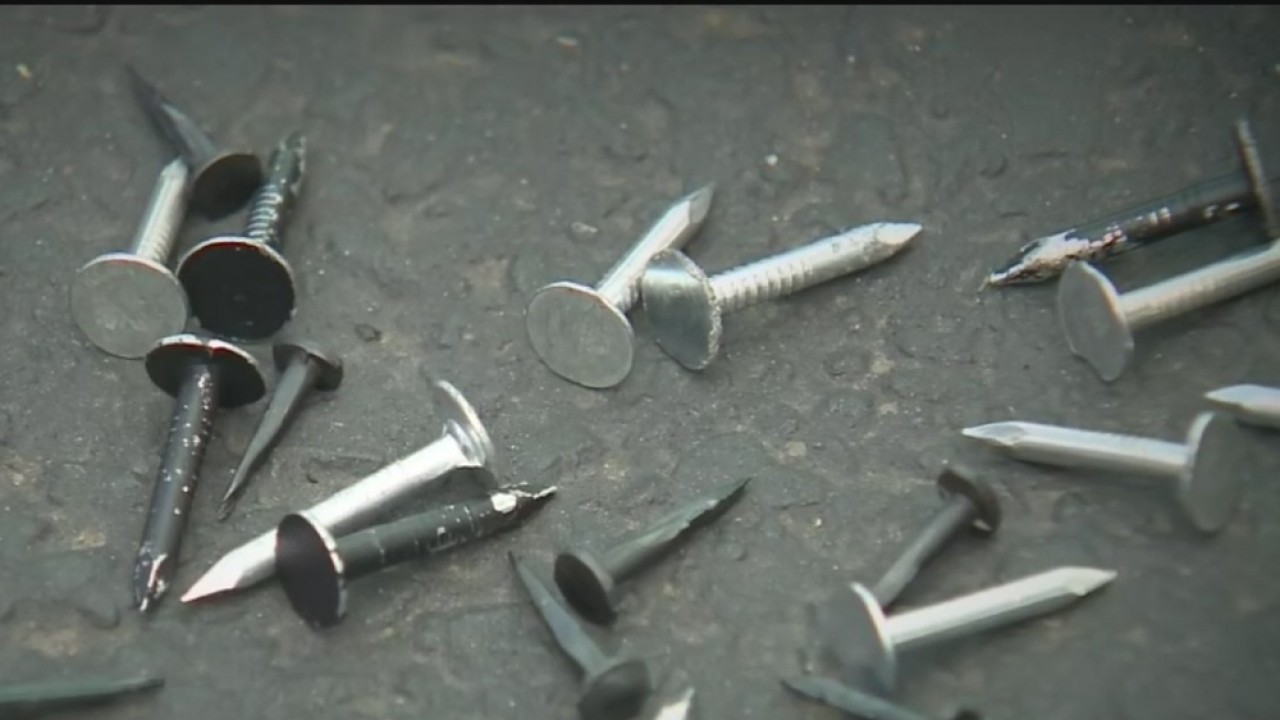 "I had my car for about a week and I had to have three tires patched," said Sarah Gresham, who lives on Innsbrook Way.

Gresham expects to find nails in her tires and all over the street where her kids play. Streets near Trajan Road have been hit hardest, according to people in the area.

"My neighbor across the street has had to replace a tire and have I think 5 nails pulled out of the other ones," Gresham said.

This has been a problem since November.

"Now, within just the last couple of days it's gotten even worse," said Tom DiGiacomo, president of the Woodmore Oaks Neighborhood Watch.

DiGiacomo said the people doing this are getting more destructive. He said people are now finding something called a tactical ninja road star in the streets.

"No matter how you throw this on the ground, a spike will always be in the up position. Very crazy, it's just driving us nuts," he said.

DiGiacomo said this is happening at night and during the day. So far, no one has had any luck catching those responsible on camera.

"Yesterday my son was out riding his bike and they found three nails just in this general facility," Gresham said.

The neighborhood watch group is planning to hand out fliers asking people to have their security cameras pointed at the street. CBS13 contacted the Sacramento County Sheriffs Office and California Highway Patrol. They said they weren't aware of the problem.