Police and fire investigators worked side-by-side both outside and inside a Stockton business on Aurora and Washington streets near the site of a dumpster fire-turned-shooting that left the captain dead.

Robert Somerville, 67, the owner of a food truck business, is now booked in San Joaquin County jail with a murder charge.

His son, Tre Somerville, spoke across the street from the crime scene, sharing his thoughts for the Fortuna family.

"I would like to say that, you know, my family would like to send our condolences to the Fortuna family," he said. "It's very unfortunate what happened today, and it's just a freak circumstance."

Tre also shared family photos of his father. He said the shooting must have been some kind of misunderstanding.

"My dad does not have any prior violent history or anything like that," he said. "He's really a community man, as well."

Stockton police released a picture of the .38 caliber handgun they say is the murder weapon.

Emergency dispatch recordings tell the story of firefighters responding to a dumpster fire early Monday morning then taking on gunfire.

"The firefighters, they are part of our public safety family," Stockton Police Officer Joe Silva said. "And this hits all of us hard, and this just shows the dangers of our job." 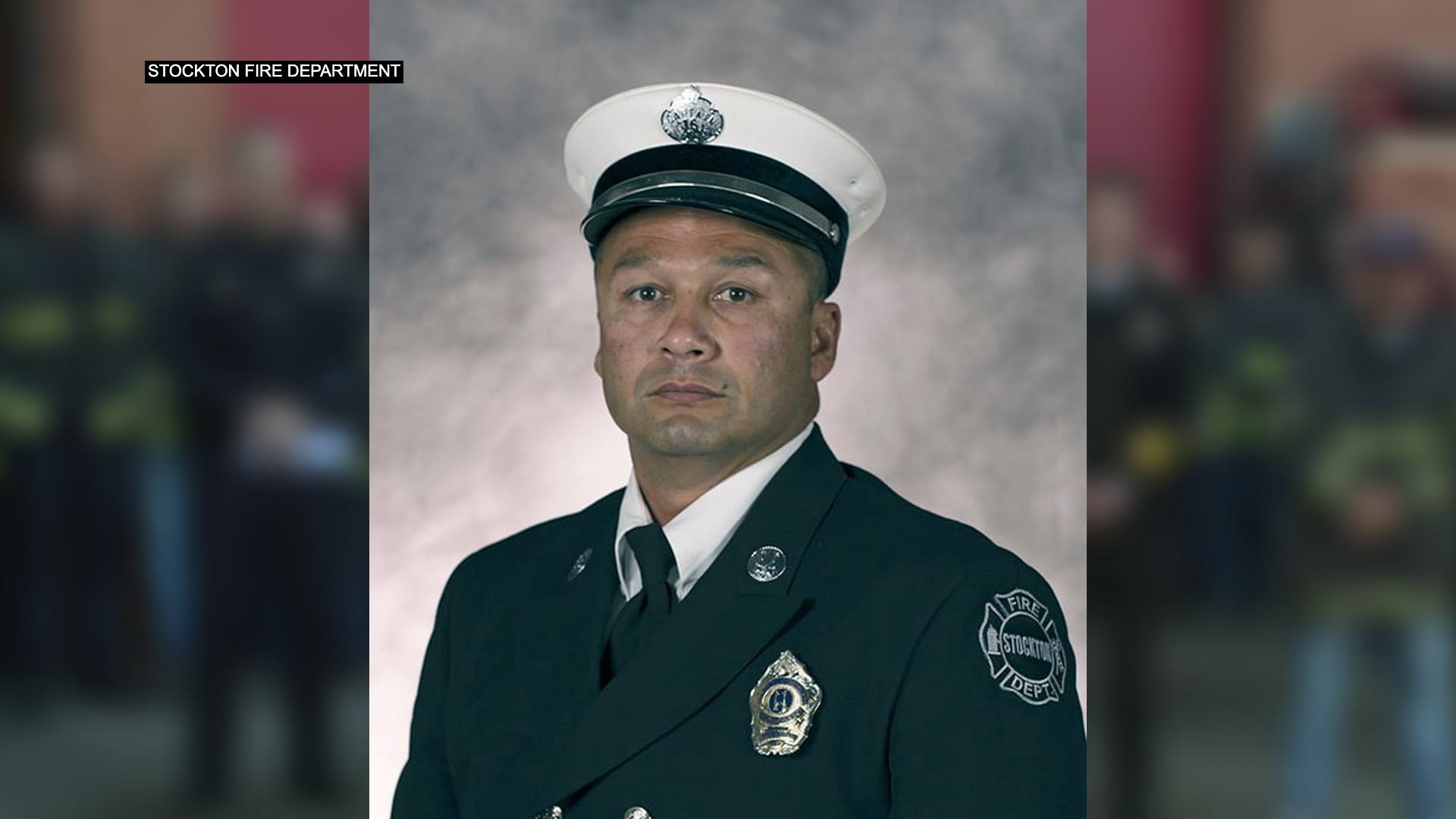 Fortuna was called to put out a fire, but then he was hit by gunfire. As a suspect and victim's families try to sort out how it happened, police are calling it murder.

Robert is due in court for the first time on Wednesday.

The Somerville family released this statement on Monday:

"Words alone will never be enough to express the devastation and sorrow that we feel for Stockton Professional Firefighter Max Fortuna's wife and two children. I can assure Firefighter Fortuna's immediate Family, and all who care for Mr. Fortuna that this was not an intentional callous act in the death of Mr. Fortuna.

"Robert 'Bob' Somerville 67 is not a violent person and is a long-standing business owner (and former engineer) in the Stockton community... for over 30 years. He operates his business, and resides in the warehouse that was adjacent to where the fire occurred at 5:00am this morning.

"Having been a victim of constant attempted break-ins, due to his business/home being located in an area plagued with the highest concentration of homeless individuals, Mr. Somerville as recently as 1 week ago reinforced parts of his property to add an additional layer of security. It is our understanding that Mr. Somerville believed his property was being burglarized, which led to this horrific chain of tragic events.

"We just ask that the Fortuna Family and public please withhold judgment on the state of mind and intent of Mr. Somerville until all of the facts come to light."