Since January 1, 2015 there have been four deadly wrong-way driving incidents in our area.

The CHP says the victims could have been saved if the driver had adhered to a late-night rule of the road—stay out of the fast lane at night.

That's the lane that wrong way driver's typically choose, because to them, that is the right lane, and they think traffic should always be on their left.

"Anytime you're driving alone on the freeway, there's no reason for you to drive in the fast lane. The fast lane is used for passing," he said.

He adds, and the CHP agrees, when it's safe, turn your high-beams on.

"You can see a little bit more in front of you, and therefore you might be able to see something coming at you," he said.

The National Transportation Safety Board says there are on average 400 wrong-way accidents every year in the United States. Of those accidents, 60 percent are DUI-related, and 22 percent of the time, somebody is killed. 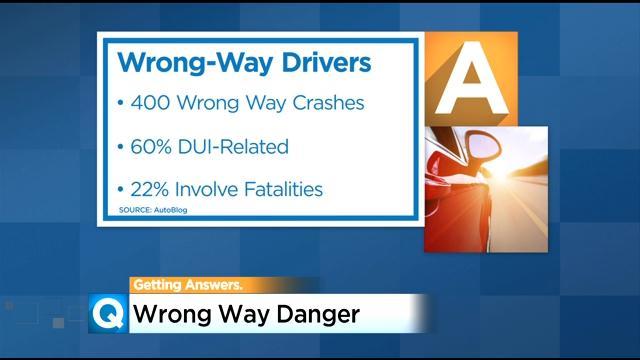 That percentage is significantly higher than the less-than-one percent of all other crashes. The high mortality rate is because the collisions are usually head-on and at a high rate of speed. Most innocent victims never see it coming.

If you see a wrong-way driver, the CHP says you should pull over safely and call 911, just as several people did early Saturday morning. The CHP responded right away, but it was too late.