Instead of opening at 11 a.m. local time, the restaurants will open at 3 p.m. The delay is so workers can attend meetings addressing the chain's recent food safety issues.

Chipotle expects about 50,000 employees to go to more than 400 locations, such as movie theaters and hotel conference rooms. Employees will review an updated food safety program implemented by the chain in January. 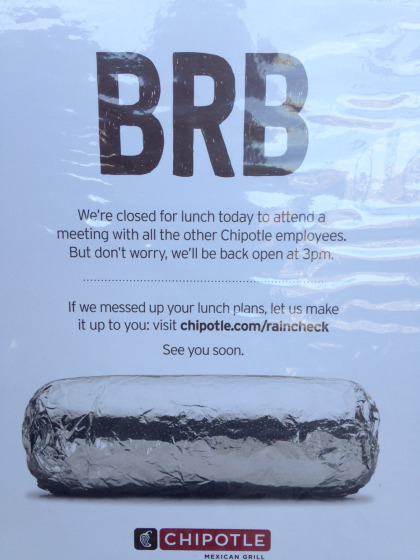 As part of the campaign to win back the public's confidence, remarks by company executives will be shown live and shared over social media.

Chipotle's problems began last summer when the chain was tied to foodborne illnesses in California and Minnesota. At the end of October, E. coli cases were reported in Oregon and Washington, prompting the company to shut down 43 restaurants in those states.

In November, Chipotle sales plunged 16 percent. Then an unrelated norovirus outbreak sickened dozens of students at Boston College. In December, the CDC reported five more cases of E. coli the previous month linked to Chipotle, which it said might be part of a different outbreak.

The company says it is sorry for having to turn away customers, and in return, is offering them a free burrito. To redeem this offer, text the word "raincheck" to 888-222. 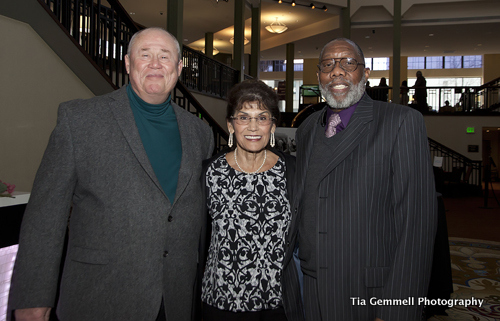 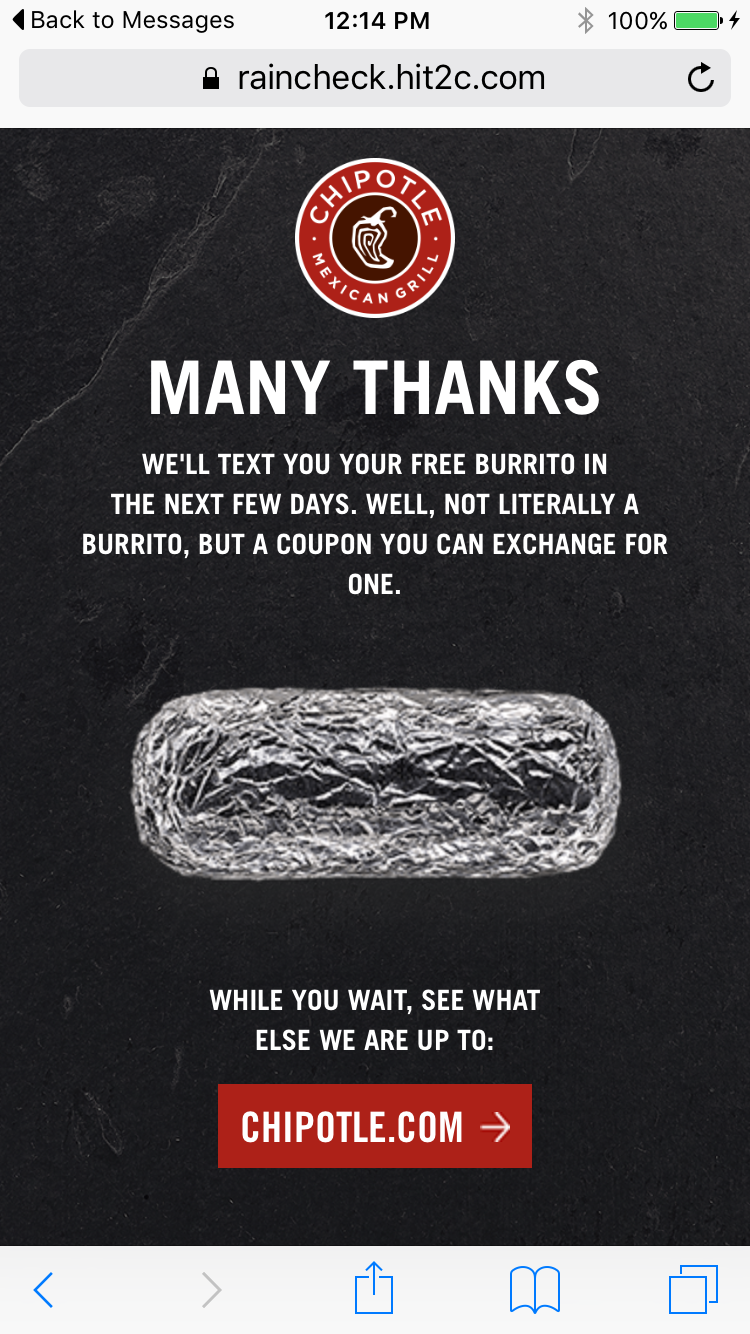 They company says they will text you back with a coupon for a free burrito within the next few days.