KEEPING TRADITIONS ALIVE — Carrie (AnnaSophia Robb) gets in way over her head when she tries to cook the perfect Thanksgiving dinner for her family, her new boyfriend George (guest star Richard Kohnke) and his dad Harlan (guest star Scott Cohen), so she enlists Mouse's (Ellen Wong) help.

Tom (Matt Letscher) is oblivious to the chaos going on in the kitchen, while Dorrit (Stefania Owen) finds a new way to torture Carrie.

Maggie (Katie Findlay) is excited to have Thanksgiving with Walt's (Brendan Dooling) family, but when the topic of college comes up she realizes that she hasn't put much thought into her future. 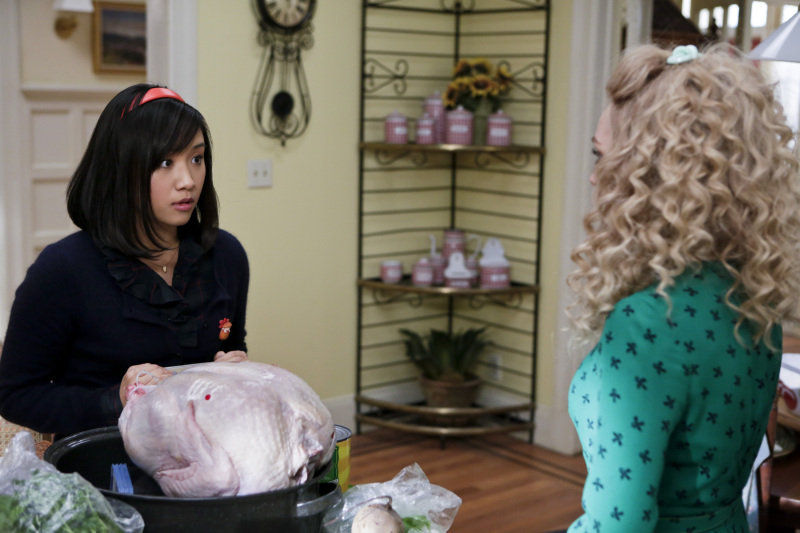 Elsewhere, Sebastian (Austin Butler) learns that his mother decided to fly out of town with her boyfriend, leaving him to fend for himself on Thanksgiving.  Chloe Bridges and Freema Agyeman also star.  David Paymer directed the episode written by Jessica O'Toole and Amy Rardin (#106.)