KEEPING SECRETS — Impressed with Carrie's (AnnaSophia Robb) creative prowess, Larissa (Freema Agyeman) offers her an internship at Interview, but Carrie is torn about whether she should take it.  Carrie invites George (guest star Richard Kohnke) to the school dance, but when she suggests they leave the dance early, George gets the wrong idea about her intentions.  Dorrit, (Stefania Owen) who used to go to the Nutcracker ballet with her mother every year, reluctantly agrees to go with Tom (Matt Letscher), but he has a hard time filling his wife's shoes. 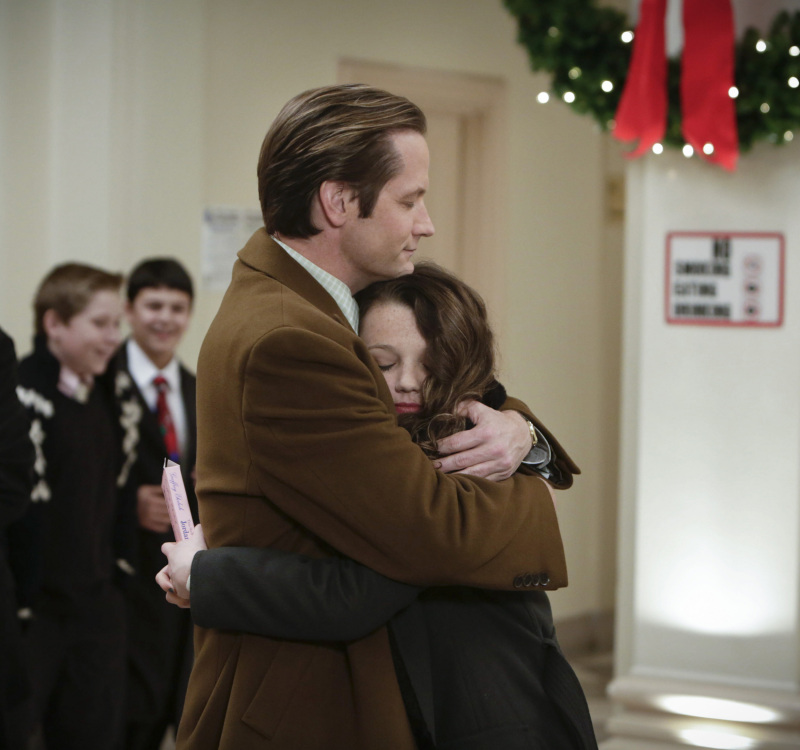 Mouse (Ellen Wong) gets a B+ on an exam and blames it on her relationship with Seth (guest star Kyle Harris.)  Meanwhile, Donna LaDonna (Chloe Bridges) catches Maggie (Katie Findlay) cheating on Walt (Brendan Dooling) and blackmails her into keeping Carrie away from Sebastian (Austin Butler.)  Nanette Burstein directed the episode written by Doug Stockstill (#107.)