VERDE Mexican Kitchen and Cantina at 5491 Penn Avenue in the bustling, trendy neighborhood of Pittsburgh's Lawrenceville served up more than just exotic food from south of the border when it hosted an event for MANIAC Magazine, April 3. It turns out – they know how to throw one heck of a fiesta, too. 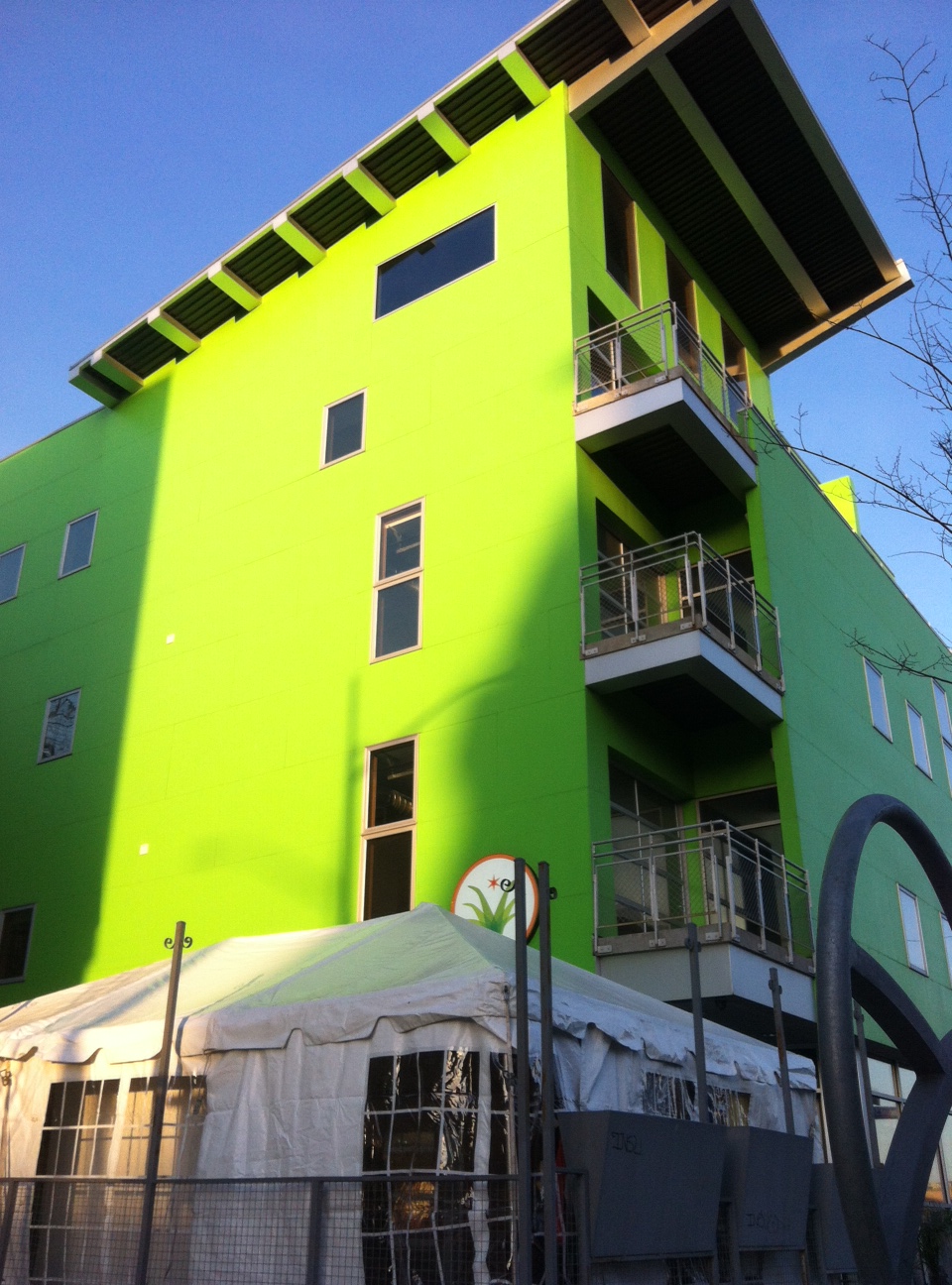 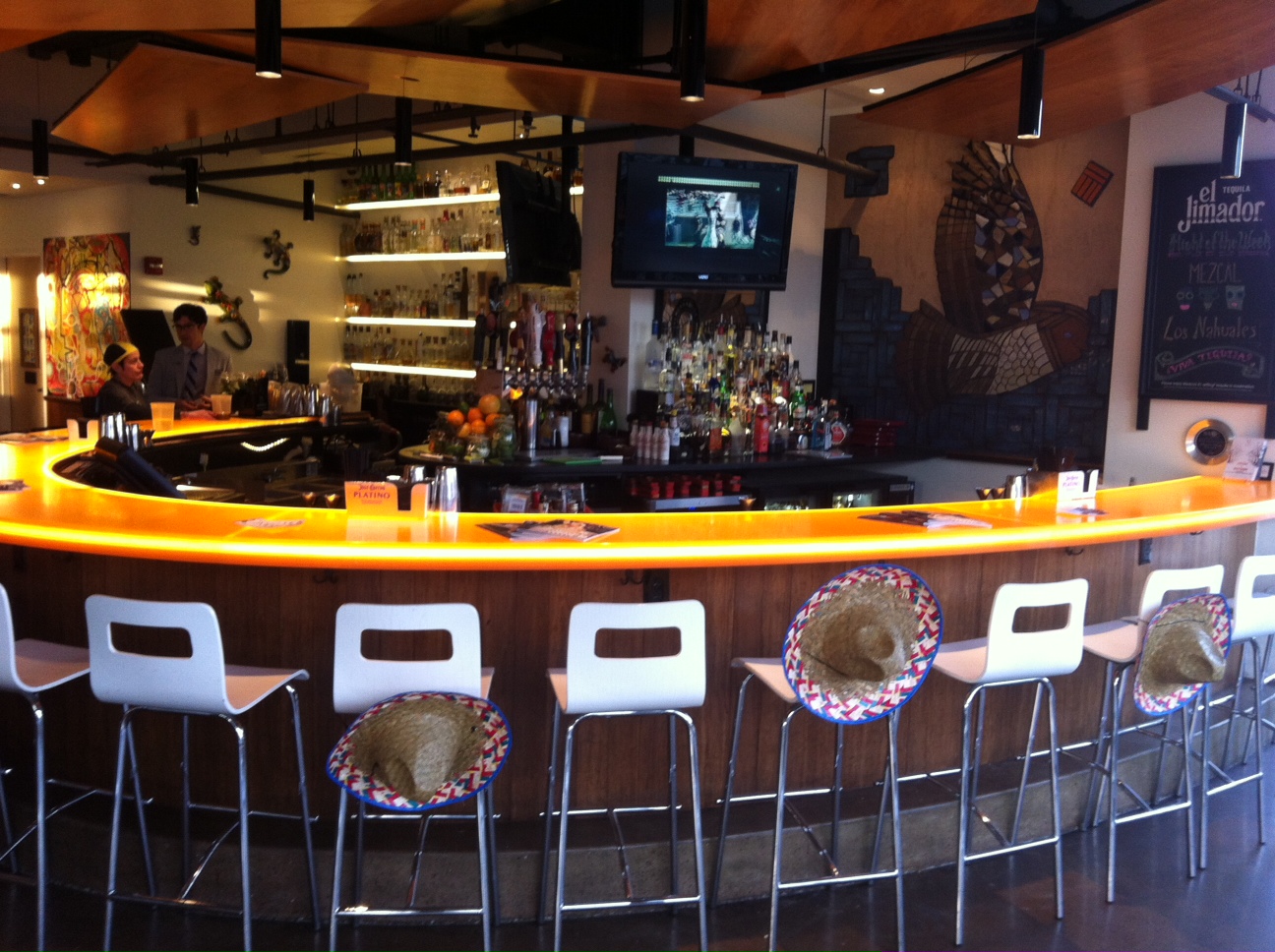 The commanding lime green of the Verde building is visible nearly half a mile away – I felt right at home in my Green Team apparel. I found my partner in crime,  Chelsea from Pittsburgh's CW Green Team, and we made our way inside the dimly lit, cantina-styled restaurant. We were there for MANIAC's launch party for their March/April issue,one that oozes luxury, sophistication and highlights all that's incredible in our Steel City. 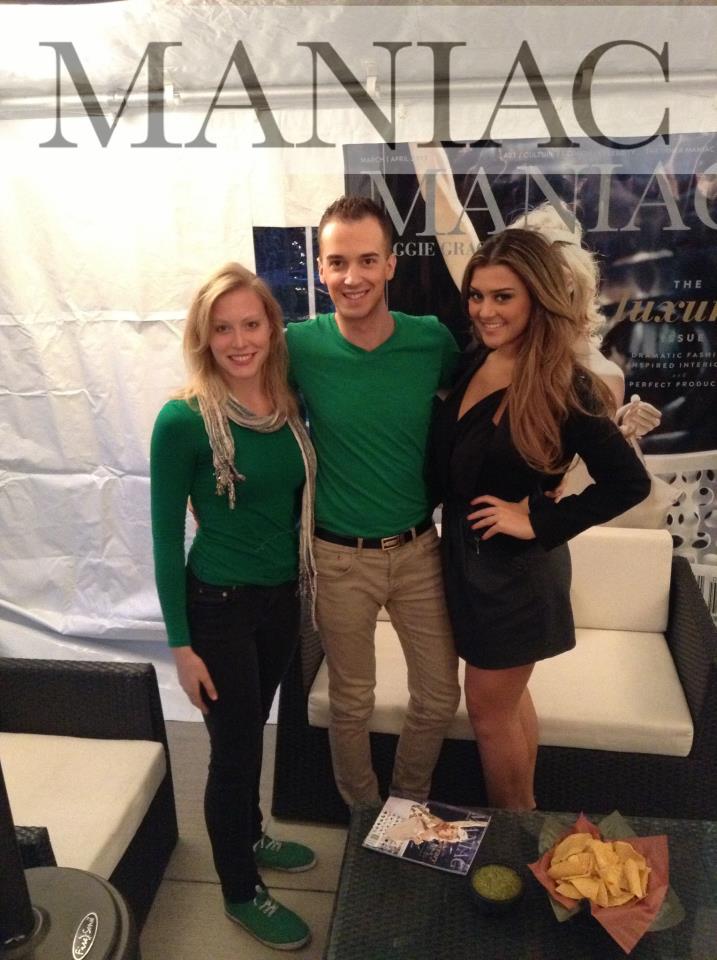 Chelsea and I got right to work, snapping pictures from inside the registration tent set up outside – it was a balmy 35 degrees but the tent, flanked by devilishly hot heat lamps, was nice and toasty. Inside, guests lined up to have their photo taken on the MANIAC red carpet in true launch party fashion. At check-in, guests also received raffle tickets and a free drink voucher for VERDE's incomparable fruit sangria. Chelsea and I each had a small taste of the traditional Mexican drink, coming to the conclusion that your Cinco de Mayo celebrations should start and end with a VERDE sangria. Just sayin'. 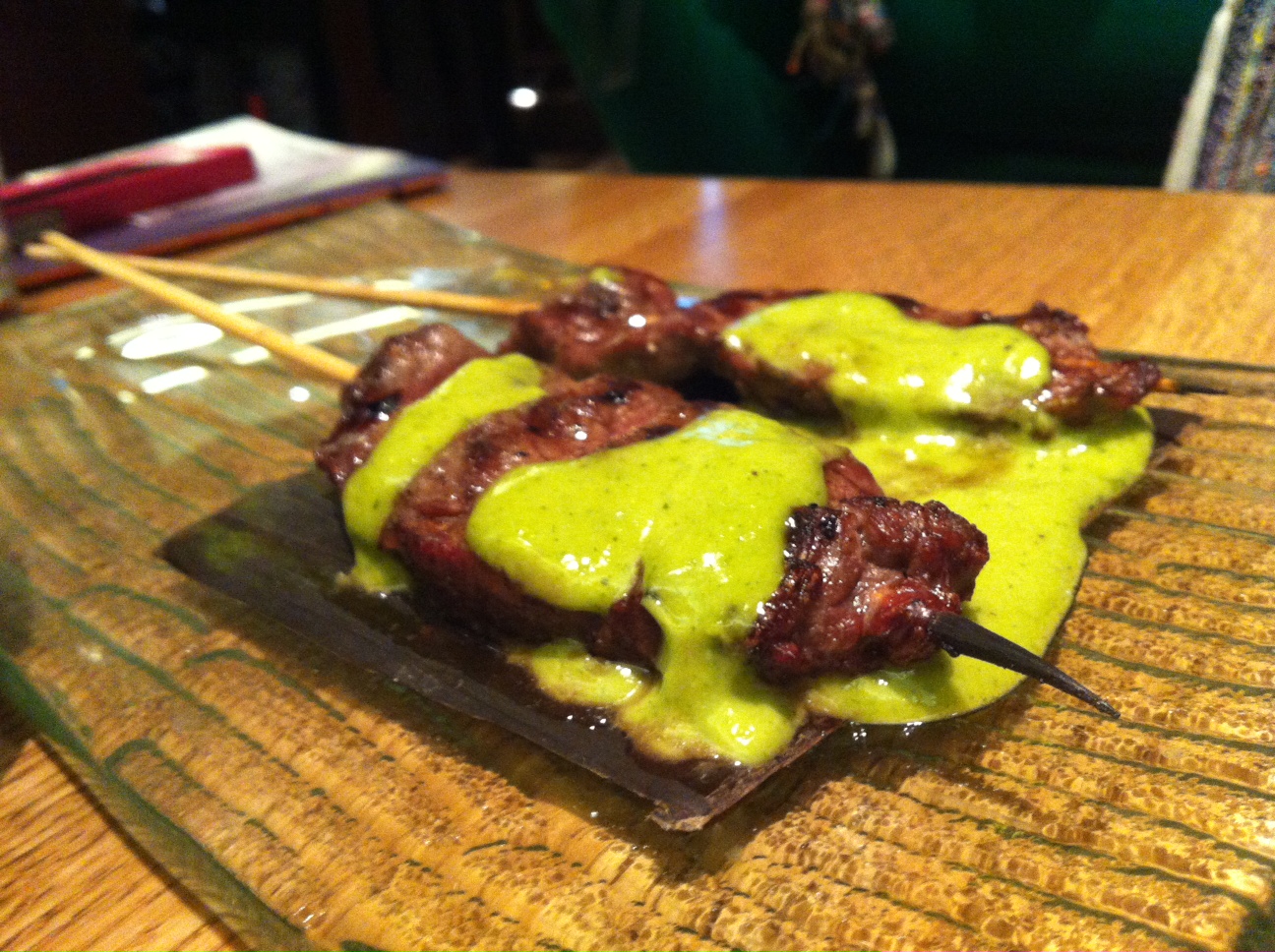 VERDE's dining room went from empty to packed in a matter of minutes, as friends met up after a long day at the office to relax, chat it up and chow it down. Crisp, golden tortilla chips and green, zesty salsa sat on each table along with copies of MANIAC for guests to peruse in between their festive bites. A group of girlfriends sat near Chelsea and me, all decked out in their uniquely styled threads. The room was full of Pittsburgh's fashion elite – at one point I could have sworn we were on Project Runway, as the cocktail dresses, stilettos, diamonds and suits didn't lend itself to a small Mexican restaurant in Pittsburgh. 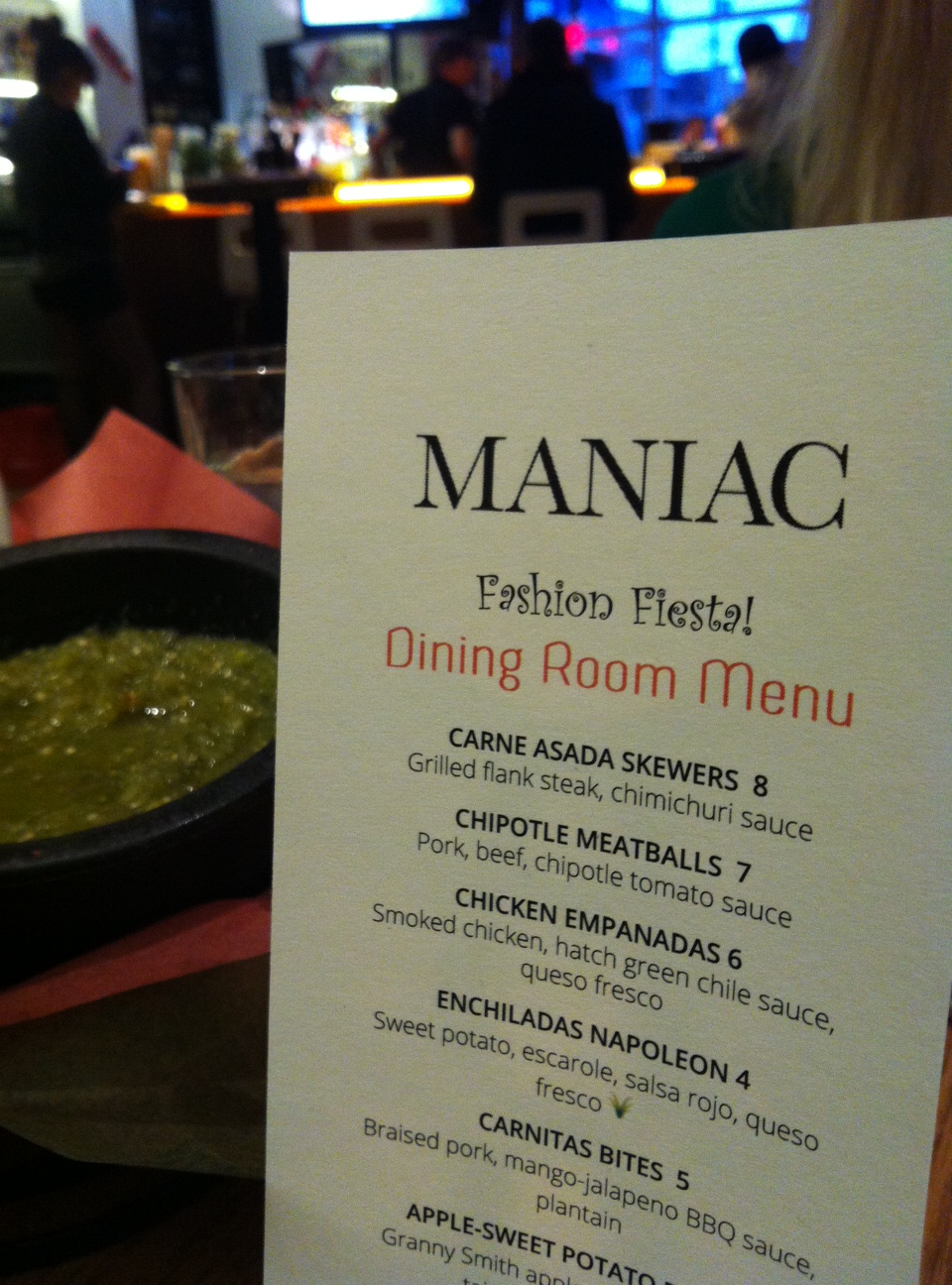 As we munched on our chips and salsa, we took photos of the room – of friends catching up over a glass of sangria, colleagues debriefing from a long day, new friendships forged over a mutual adoration for the lifestyle and fashion that MANIAC exudes. Piñatas hung from the ceiling with "hundreds of dollars worth of gift cards" inside, ready to be claimed by the guests at the end of the evening. 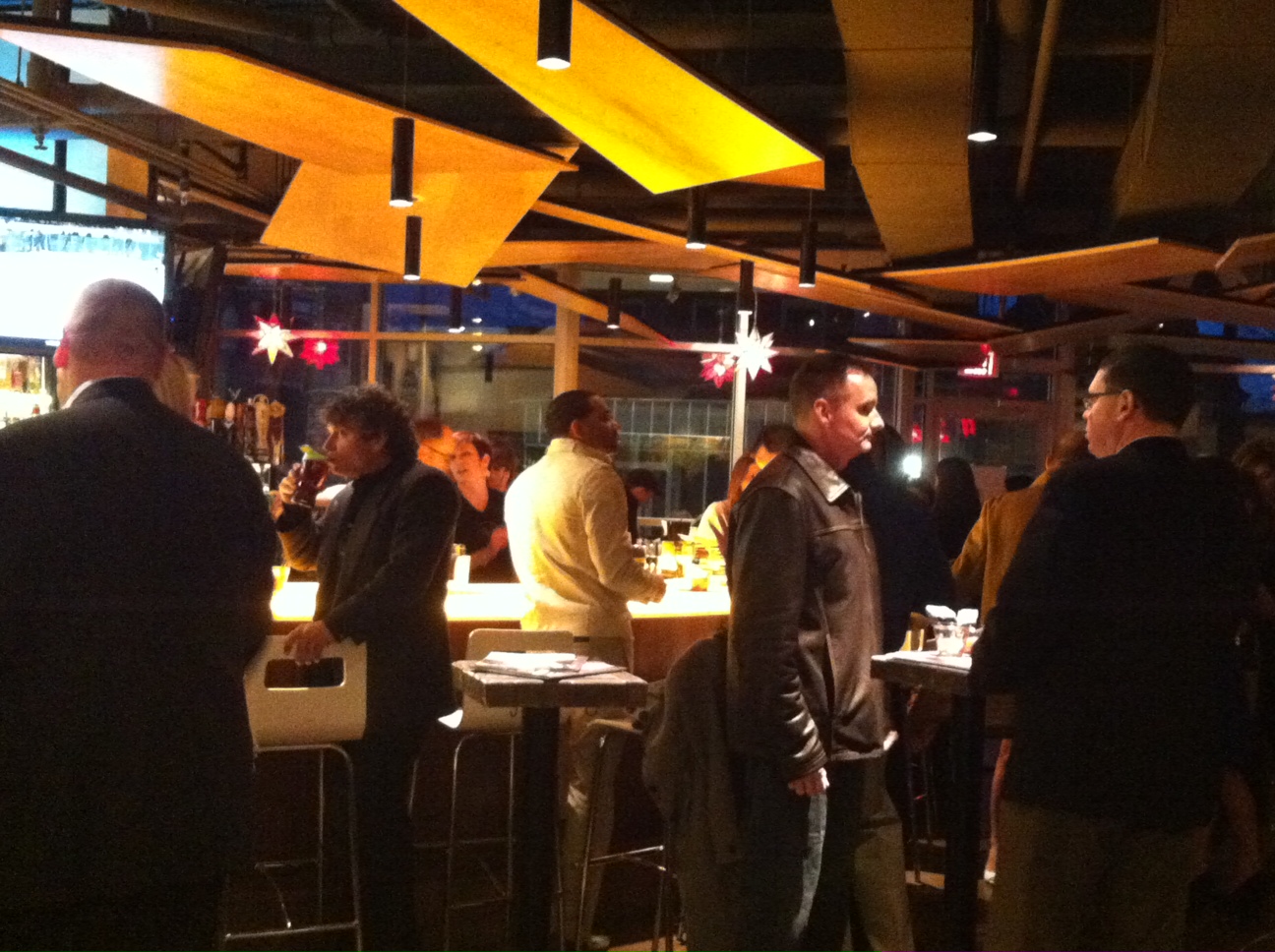 The atmosphere was electric, with upbeat music and a constant feeling of bass that reverberated throughout; the bright, vivid artwork adorned on the walls took you out of the 412 and into a place where sombreros replace ball caps; the servers and wait staff were incredibly friendly and efficient, making the party goers feel at home.

Chelsea and I ordered the carne asada steak skewers after we downed two baskets of tortilla chips – we were transplanted from Mexico to heaven in a matter of two bites as the tender meat and incredible tang of the sauce made nothing but eating more of it your main priority. 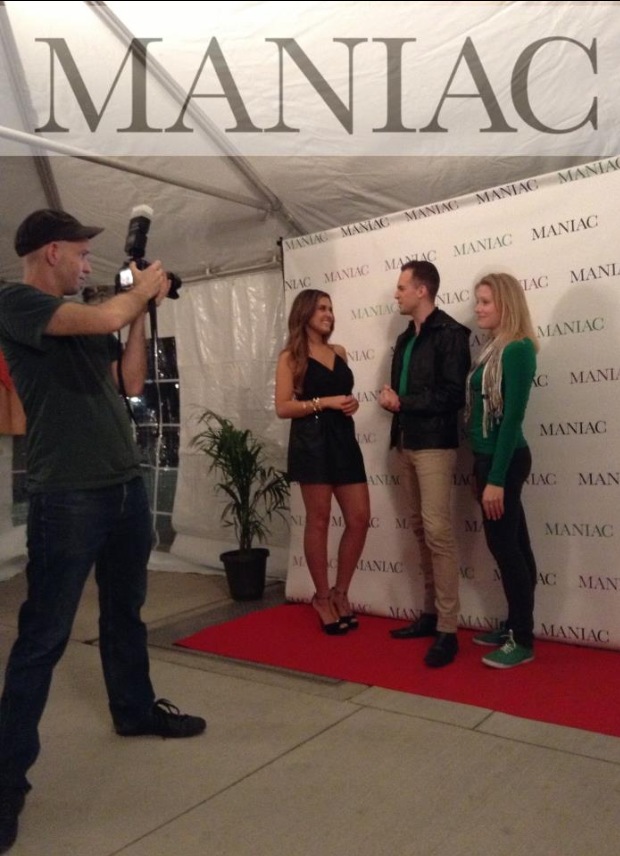 A friend of mine attended the event and was asked to interview guests at MANIAC's party to use for their website. When she found out Chelsea and I were there, she grabbed us for a quick red carpet chitchat. The photogs snapped pictures left and right, while a few other guests stopped to listen in. We agreed that we could definitely get used to that red carpet stuff…

Right before Chelsea and I were preparing to leave, we took a quick photo with MANIAC's Editor in Chief April Hubal who invited The CW to the event – she's an amazingly talented young woman with a knack for Pittsburgh lifestyle and entertainment.

After thanking VERDE, April and saying goodbye to old friends we ran in to, a representative from Mini of Pittsburgh stopped us on our way out and asked if we minded posing with their newest hardtop coupe – of course, we didn't argue! Flash, flash, flash, as Chelsea and I posed like Angelina and Brad disembarking from a limo at the Oscar's – our Green Team shirts contrasting against the sleek, midnight hue of the sporty Mini Cooper sitting curbside. 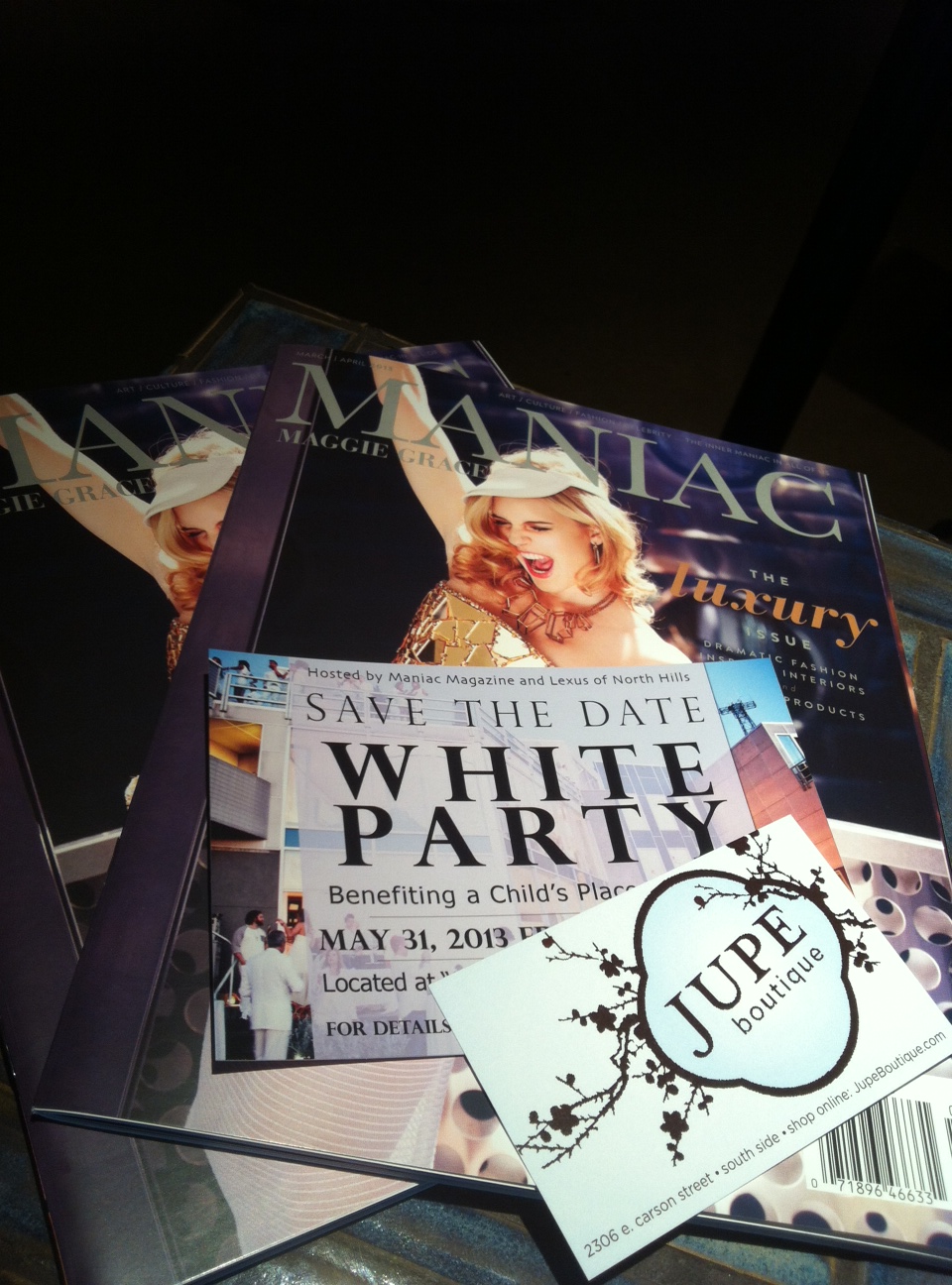 The launch party was a successful event, the perfect place to unwind with friends and colleagues. Make sure you follow The Green Team on Twitter (@PCWGreenTeam) and friend us on Facebook to see exclusive pix from the MANIAC Magazine and VERDE event. Until next time – adios amigos!