MANU BENNETT ("SPARTACUS") GUEST STARS AS SLADE WILSON — After Oliver (Stephen Amell) is shot, he turns to a surprising person for help – Felicity (Emily Bett Rickards).  Diggle (David Ramsey) is stunned when he sees Felicity walk   through the front door of the lair dragging a dying Oliver behind her, and the two team up to save Oliver's life.

As Oliver (Stephen Amell) hovers between life and death, he flashes back to a seminal event on the island – a daring escape attempt with his new friend Slade Wilson (guest star Manu Bennett). 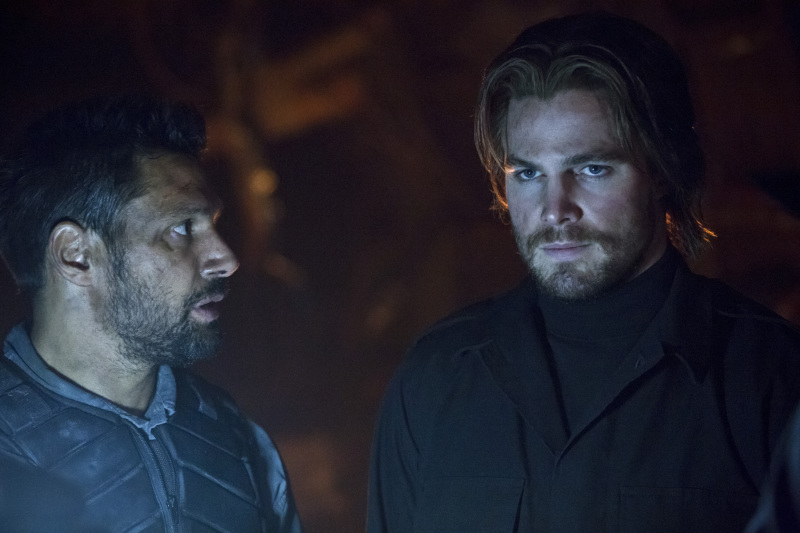