PHILADELPHIA (CBS) -- Philadelphia District Attorney Larry Krasner announced charges Wednesday against in the death of a bicyclist. Emily Fredricks was killed in 2017 by a sanitation truck in Center City.

The sanitation truck driver is now facing homicide by vehicle charges after 23-year-old Fredricks was killed.

Officials are detailing what led to the crash and what made this case rise to the level of criminal charges.

Why Do Cyclists Keep Dying On Philadelphia Streets?

It was the middle of the morning rush hour when Fredricks was hit and killed by a trash truck on Nov. 28, 2017 at 11th and Spruce Streets.

The driver of that truck, Jorge Fretts, has been charged with her death.

"Homicide by vehicle, involuntary manslaughter and reckless endangerment of another person," Krasner said.

Krasner announced the charges on the heels of 28-year-old Fretts' surrender to authorities.

Krasner has not minced words on how serious his office is taking cases like this.

"We live in a society that increasingly gets around by bicycle, they have these bike lanes and they're like any other lane, they're to protect the people within those lanes and they have to be respected," Krasner said.

"In this particular case, we obtained video from inside the truck," Philadelphia Police Chief of Homicide Anthony Voci said.

Investigators say the victim was lawfully traveling in the bike lane when she was struck.

They detailed what led to the fatal crash and the serious charges against the truck driver.

"He was wearing earbuds in violation of Pennsylvania law, he was looking down at paperwork to his right in the center console area of his vehicle," Voci said. 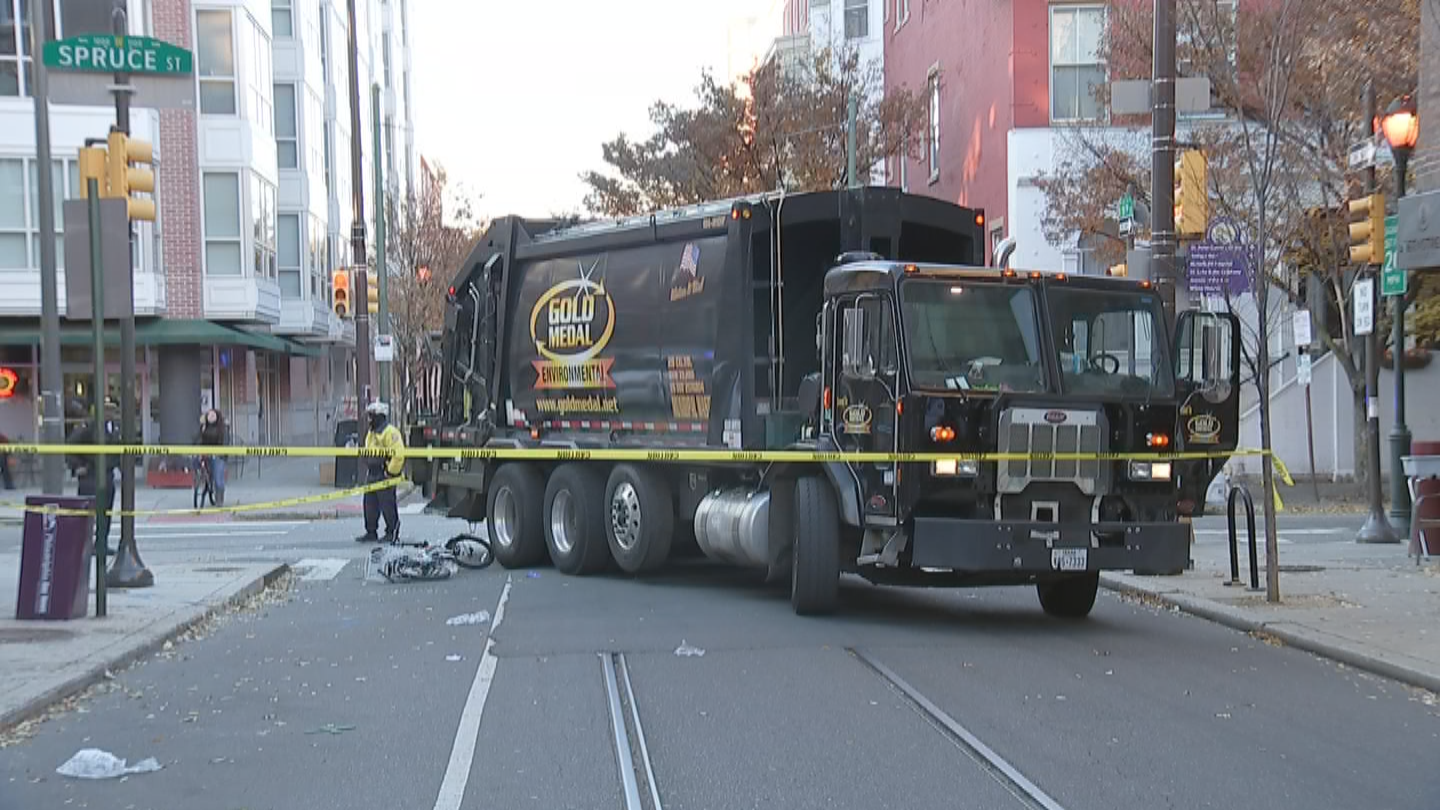 Gold Medal Environmental has since settled a $6 million lawsuit with the victim's family.

Officials are hoping drivers and cyclists can coexist safely on city streets.

Gold Medal Environmental will also make a $125,000 contribution to local organizations that work to make roads safer for bicyclists.