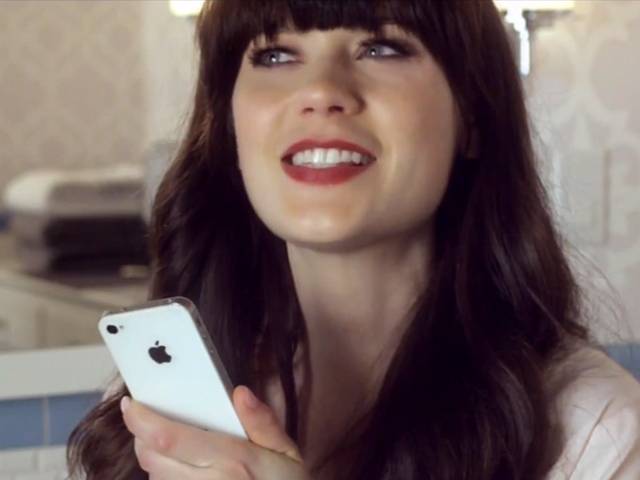 (CBS News) Zooey Deschanel has been spotted in a quirky and adorable Apple iPhone 4S commercial.

In the commercial, the "New Girl" actress, who has been described as "adorkable" (dorky and adorable) is stuck in her home on a rainy day. Deschanel is shown asking Siri questions and carrying on a quirky conversation with the iPhone 4S' digital assistant.

According to MacStories, a full "Siri and celebrities" ad campaign will kick off today. Another commercial starring Samuel L. Jackson has also been spotted. In that  commercial, a suave Jackson is shown getting cooking help from Siri.

The commercials were produced by Apple and advertising agency TBWA\Chiat\Day and will be used by all of the iPhone's various carriers, SlashGear reports.