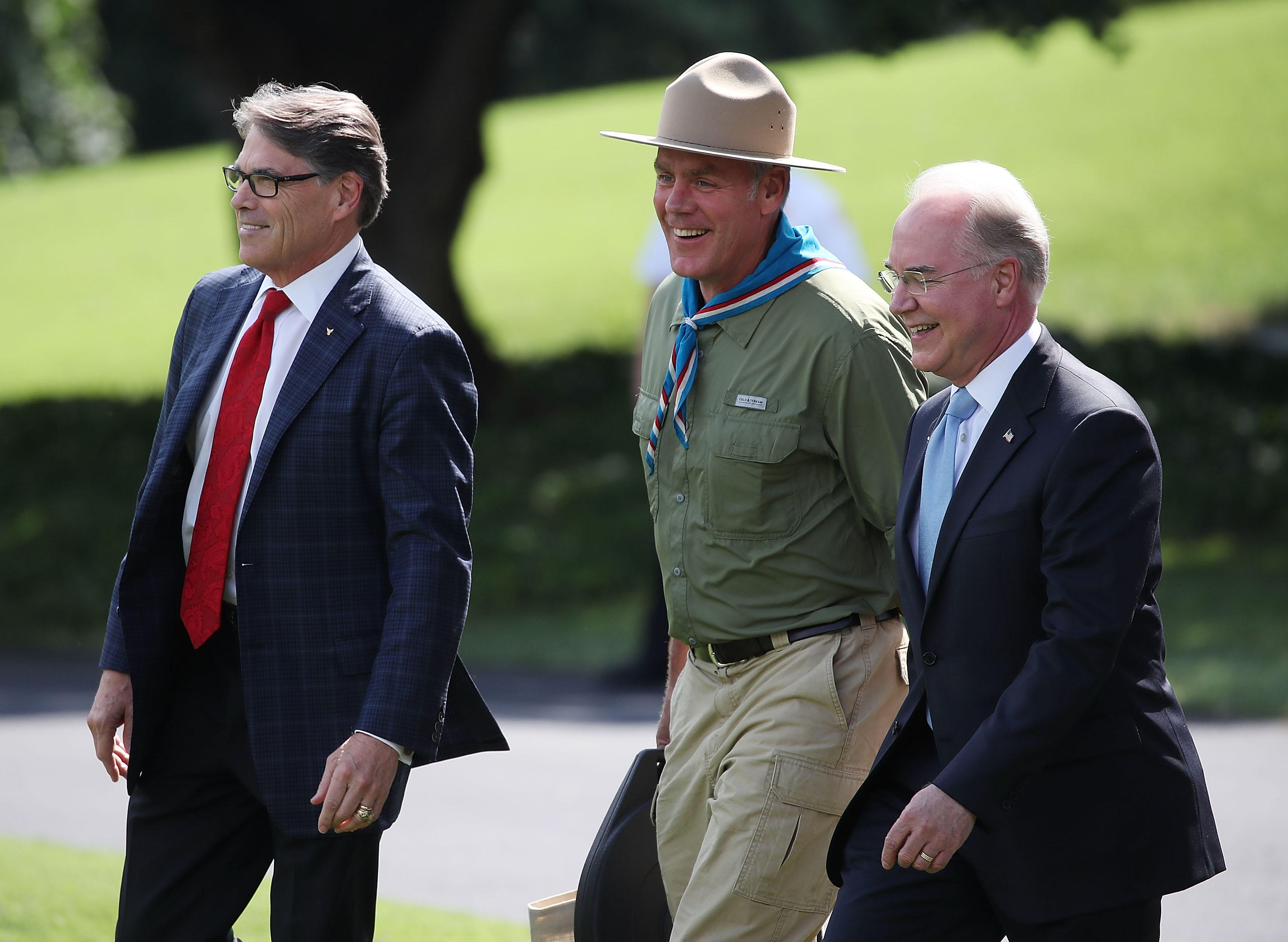 Interior Secretary Ryan Zinke said it is "laughable" to suggest he threatened Alaska's U.S. senators over a vote by one of them involving health care.

Zinke said Sunday in Nevada that he often speaks with Republican Sens. Lisa Murkowski and Dan Sullivan and they get along well.

"Ah, you know, the moon has been characterized as other things, too," Zinke said when asked by reporters about the calls and their characterization as threatening. "So, I think it's laughable."

The Alaska Dispatch News reported last week that Zinke called Murkowski and Sullivan and said Murkowski's vote against proceeding to debate on legislation to overhaul the federal health care law put Alaska's future with the administration in jeopardy.

Vice President Mike Pence broke a tie to advance the measure, but Murkowski helped sink GOP efforts to overhaul the law later in the week.

"I'm not going to go into the details, but I fear that the strong economic growth, pro-energy, pro-mining, pro-jobs and personnel from Alaska who are part of those policies are going to stop," Sullivan said to the newspaper.

"I tried to push back on behalf of all Alaskans," Sullivan said. "We're facing some difficult times and there's a lot of enthusiasm for the policies that Secretary Zinke and the president have been talking about with regard to our economy. But the message was pretty clear."

Murkowski proceeded to tell CBS News' Nancy Cordes that Mr. Trump was "not pleased" with her "no" vote.

"I did have a conversation with the secretary, and he told me what I already knew, which was that the president wasn't pleased with the vote that I had taken, and I knew that," Murkowski told Cordes.

Murkowski told Cordes, "The reality is that it was a difficult conversation," but she didn't think that the idea of a threat was an "appropriate" characterization.

She added that she and Zinke, a former Montana congressman, have a "cordial, respectful and friendly relationship. I don't think that will change one bit."

Murkowski chairs the Senate Energy and Natural Resources Committee, which has say over Interior business and nominations. She also leads an Appropriations subcommittee with authority over the Interior Department budget.

Murkowski and Sullivan have supported repealing and replacing the health care law passed under former President Barack Obama, though Murkowski took issue with the way in which the Senate has been attempting to do that.

Murkowski repeatedly said she favored a more deliberate approach and a bipartisan effort.

"As a Senate, as leaders, we have an obligation to do better for those whom we serve," she said in a statement Friday.