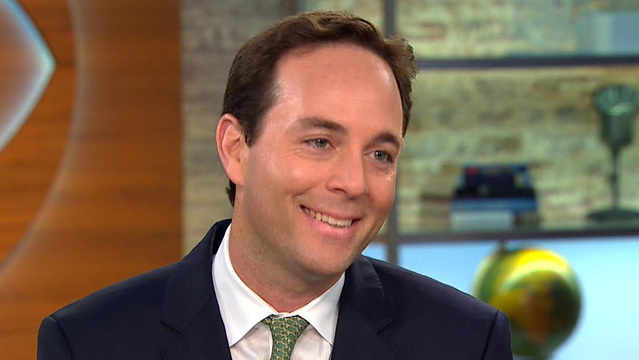 The real estate market is soaring. Sales of existing homes in the United States reached their highest level since 2006 last year, according to the National Association of Realtors.

The booming market is driving buyers to Zillow, the largest real estate website. On average, more than 142 million users a month find information on more than 110 million homes nationwide.

CEO Spencer Rascoff is the author of "Zillow Talk: Rewriting the Rules of Real Estate," in which he offers tips on buying, selling and renting homes, and insight on current trends in the housing market.

According to Rascoff, the housing market has been appreciating about three percent year over year, but this varies by region.

"So certain parts of the country are roaring and other parts of the country are lower. It's all based on what's happening in the local climate," Rascoff told "CBS This Morning" Monday. Among the top cities are Denver, Seattle, New York, Los Angeles, Salt Lake City, and Richmond - areas teeming with jobs in the technology industry and strong local economies.

In general, home values have increased about 70 percent year over year in the last 17 years, but those near a Starbucks were up about 100 percent in the same period. Rascoff advised future buyers to look for homes near Whole Foods or Trader Joe's locations, where values were up highest topping 140 percent - twice that of the normal American home.

Another interesting trend Zillow found is the correlation between politics and home ownership. Homeowners tend to be more politically conservative - 40 percent compared to 25 percent of renters.

"Now it makes sense right because home ownership tends to occur a little later in life and once people are a little more affluent, and that those are demographic attributes which tend to correspond with political conservatism," Rascoff explained.

Still, Rascoff clarified that this does not mean millennials are not interested in buying homes. In fact, Zillow found millennials still hold "very traditional views" about home leadership, but are merely pushing it off to later in life in their thirties.

For those who are interested in buying, Rascoff emphasized researching real estate agents is just as important as researching the homes, advising people to hire agents only after reading ratings and reviews, using resources such as Zillow.

Rascoff also said the decision to purchase a home should also rely on a specific "crossover point" when you no longer want to rent, which is determined by how long you intend to live there. On average nationwide, you should purchase a home if you will be there for two or more years. But this, too, varies regionally. In New York, the crossover point is about five years, and in San Diego, Los Angeles and San Francisco, between three to five years.

"But in Detroit, it's less than a year. So in Detroit it almost never makes sense to rent. You ought to buy because home values are so much cheaper," Rascoff said.

For those who want to sell their homes, Rascoff compared the process to a party.

"You don't want to get there too early before no one's there and you don't want to show up too late once everyone's gone," Rascoff said. "The data says that the best time to list your home is late March."

But this also depends on other factors, including location, weather and timing. Those in warmer parts of the country like the Southeast should purchase earlier in the month, whereas those in colder areas like the Northeast should wait until April, Rascoff said.

Timing is also an important factor.

"Once the listings have come online and buyers are in the market, then you want to list. The internet has changed this because Sites like Zillow and Trulia show how long somethings been on the market," Rascoff said.

​No holes in your Swiss cheese? Here's why