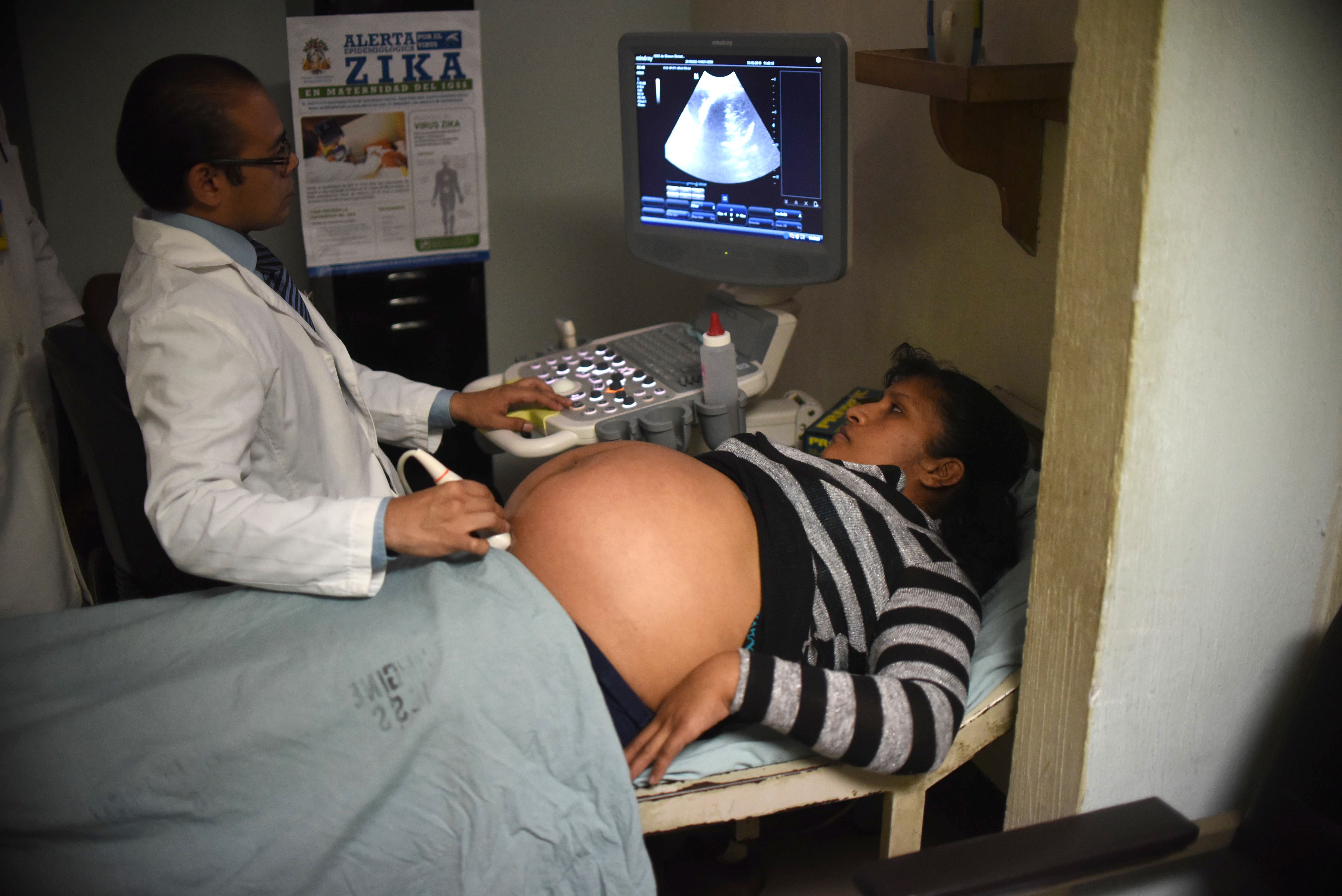 The rapidly spreading Zika virus and its link to babies being born with abnormally small heads have understandably raised anxieties among pregnant women throughout the Americas.

The virus, which is primarily spread to humans through the bites of infected mosquitoes, is actively spreading in over two dozen countries. In the continental U.S., there have been more than 300 cases of travel-acquired Zika reported and a handful of cases that were sexually-transmitted, according state and local health officials. There have been no reports yet of mosquitoes spreading the illness from person to person in the states.

Symptoms of Zika include fever, joint pain, rash, and conjunctivitis, but 4 out of 5 people won't have any symptoms at all and may not know they're infected. The greatest risk appears to be to unborn babies whose mothers are infected during pregnancy. There is no vaccine for Zika and no specific treatment.

Though U.S. health officials say they do not expect a large-scale Zika outbreak here, many pregnant women or women hoping to conceive in the near future are left with questions about what it could mean for the health and safety of their unborn children.

Here's what pregnant women should know about Zika virus.

What are the risks to pregnant women and their unborn children?

Health officials suspected for months that Zika was linked to a surge in cases of babies born in Brazil in recent months with abnormally small heads, a condition called microcephaly, which can lead to mental retardation and other complications. Scientists confirmed in a study published April 13 that the virus can indeed cause microcephaly and brain damage in babies.

Microcephaly can also result from a number of other factors, including chromosomal abnormalities, decreased oxygen to the fetal brain, severe malnutrition, and fetal infections during pregnancy.

Previously, Brazil saw about 150 cases of microcephaly each year. But since October, coinciding with the rise of Zika, the country has reported more than 5,000 suspected cases, many of which were linked to known Zika infections in their mothers.

Evidence supporting the link includes traces of Zika virus found in samples of blood and fetal tissue, including the brains of babies in Brazil who died of microcephaly.

"There's a lot we don't know. Can we say every mother who has Zika virus will have a baby with microcephaly? No. We don't know why this baby gets microcephaly and that baby doesn't," Dr. Oluwatosin Goje, an Infectious Disease OB/GYN at the Cleveland Clinic, told CBS News. Indeed, many women in Brazil went on to have healthy babies despite the outbreak.

Zika has also been linked to miscarriages. The CDC reported in February that two U.S. women who had contracted the virus while traveling abroad miscarried after returning home. Zika virus was found in their placentas.

"With infections in general during pregnancy, there's a risk of miscarriage," Goje explained. "Other infections that can cause miscarriage include toxoplasmosis, rubella, and cytomegalovirus, and many times depending on how early the infection is contracted, some people may have a miscarriage. One of the things that researchers are studying is the suspicion that having contracted the Zika virus in the first trimester may be more detrimental compared to the second or third trimester, so that might explain the miscarriages in some people."

What's the risk of travel to Zika-affected areas?

The CDC has issued a travel advisory urging women who are pregnant or thinking of becoming pregnant to avoid travel to places where Zika is actively spreading.

"We're not saying postpone travel indefinitely, but at least hold off on spring and summer travel plans to these areas until the CDC knows more about the virus," Goje said.

What kind of testing is available in the U.S.?

Goje said a handful of her own patients and many others referred to her by colleagues have recently travelled to areas where Zika is spreading. Among these women, anxieties are running high.

"Most patients are concerned and they want to know more, especially about microcephaly," she said.

A blood test is available for pregnant women who have recently traveled to Zika-affected areas, whether they are showing symptoms of illness or not. However, because there is no commercial diagnostic test available, all samples must go through the CDC and results can take weeks to come back.

While the test can be administered at any point during pregnancy, it is best to see a doctor as soon as possible, as the virus clears the blood system in about a week.

Pregnant women who think they may be infected and are experiencing symptoms like fever, joint pain, rash, and conjunctivitis should seek medical attention immediately.

Goje said efforts are being made to make Zika testing more widely available at state level.

As far as microcephaly, the condition can usually be picked up in an ultrasound between 18 and 20 weeks, Goje said, "but this isn't set in stone." Some cases may be missed this early on and won't be detected until the late second trimester or early third trimester. "So if a patient has traveled to an area where Zika transmission is ongoing, it's important to get an ultrasound between 18 and 20 weeks, but it's also important to get follow-up ultrasounds," Goje said.

What should I know about Zika and sexual transmission?

There have been several cases of Zika virus being transmitted through sexual contact with an infected person.

According to the CDC, Zika may be present in semen for up to 10 weeks after the onset of illness, but it is unknown if the virus can persist in semen for longer than that or if infected men who never develop symptoms can transmit Zika to their sex partners.

Health officials recommend that pregnant women should abstain from sex with men who live in or have traveled to a Zika-affected area, or consistently and correctly use condoms to reduce the risk of sexual transmission.

Men who have been in Zika-affected areas should also consider abstinence or condom use during sexual contact with non-pregnant partners, the CDC advises.

Should women who want to get pregnant in the future be worried?

According to the CDC, Zika virus normally clears from a person's bloodstream after about a week, and there is no evidence that it poses a risk of birth defects for future pregnancies.

Women thinking about becoming pregnant now who have recently traveled to an area where Zika transmission is ongoing should consult with their doctor.

Will Zika spread in the U.S.?

To date, there have been no cases of local transmission of Zika virus by mosquitoes in the continental United States, but experts warn it could happen.

The Aedes aegypti mosquito -- the species that spreads Zika -- is primarily found in southern states, so as more infected travelers return home, mosquitoes here could bite them, pick up the virus, and transmit it to others. The mosquitoes are active in a wider area of the country in warmer months, so the risk could increase in spring and summer.

However, while experts say that some local transmission is probably inevitable, they do not anticipate widespread outbreaks here.

"We have two things going for us. First, the mosquitoes are not present at all in most of the country and they're present in much lower numbers where they are present," CDC Director Dr. Thomas Frieden told "CBS Evening News."

Experts say several other factors will help keep Zika at bay in the U.S., including less dense urban areas than South and Central America, access to air conditioning and protective screens, and overall better mosquito control.

Still, as the weather warms and mosquitoes become more present, everyone can take steps to deter any outbreaks by eliminating standing water in places like uncovered containers and bottles, garbage cans, old tires, and flower pots, where mosquitoes like to breed, and by using insect repellent to reduce the risk of getting bitten.