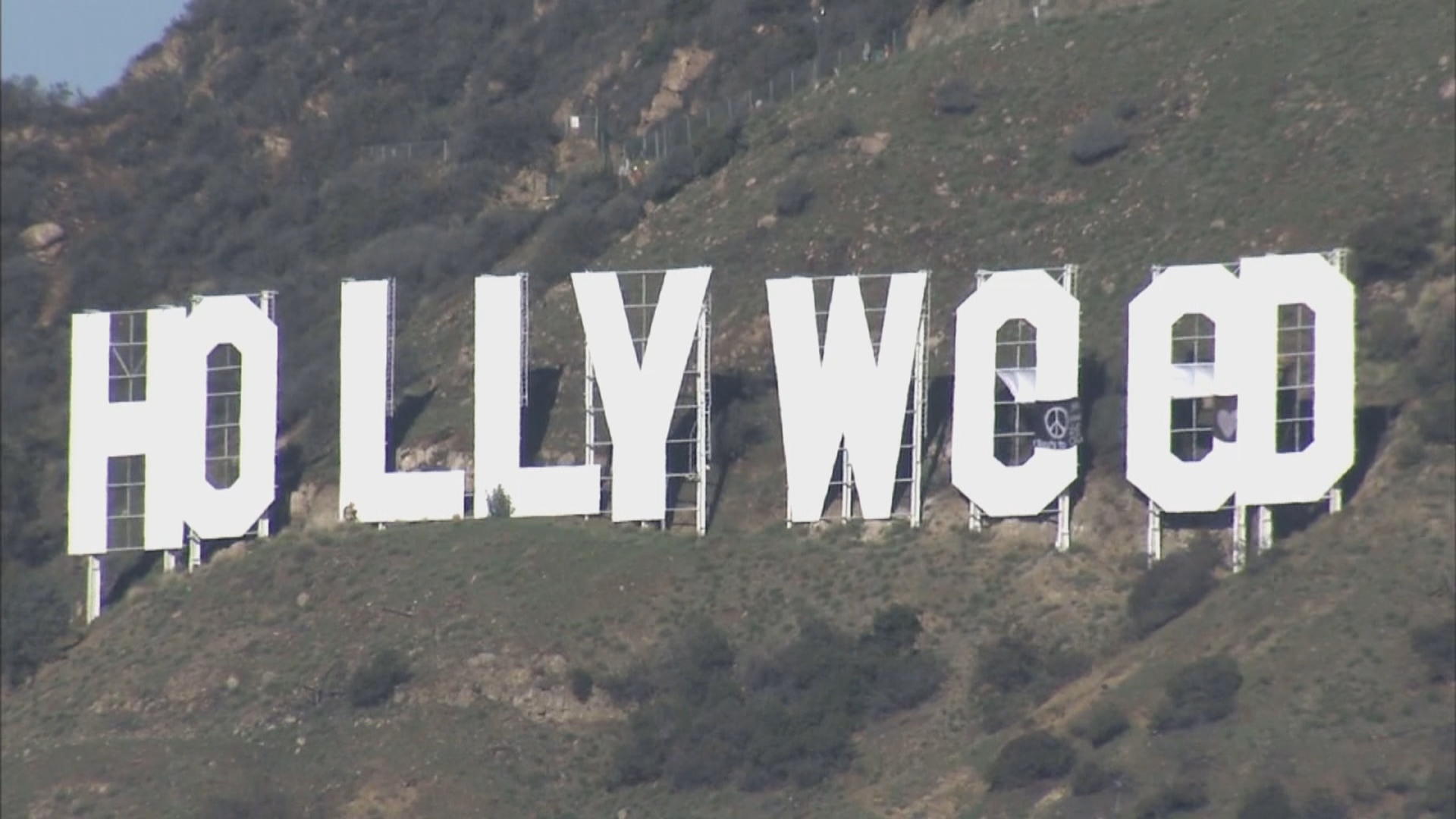 LOS ANGELES -- Los Angeles police have made a “HOLLYWeeD” bust.

Zachary Cole Fernandez, 30, was arrested Monday, just over a week after a prankster used white tarps to make the “HOLLYWOOD” sign read “HOLLYWeeD,” the LAPD said in a statement.

Fernandez turned himself in with his attorney and was booked on suspicion of misdemeanor trespassing, police said.

The prankster was dressed in black and was recorded by security cameras in the area changing the sign early New Year’s Day.

Fernandez, an artist, had already claimed credit for the stunt in a Vice magazine interview, but police had not previously confirmed his involvement.

Fernandez told Vice he had heard someone pulled the same prank in the 1970s, and he sought to repeat it to “bring positivity into the world.”

Fernandez will be released on his own recognizance and must return to court Feb. 15, police said.

David Ryu, the city councilman for the area of the Hollywood sign, said such pranks “deplete the resources of our valuable public safety personnel, in both responding to the prank and in responding to the increased crowds and copycat attempts that these incidents generate.”

“While the Hollywood Sign is an internationally recognized icon, it is located in a large urban wilderness park next to thousands of residential homes,” he added.

The change is the ultimate throwback to 1976, when activists used the four-story letters as a political play on words,CBS News correspondent Mireya Villarreal reported.

Danny Finegood and a team of friends made the identical change to the Hollywood sign on New Year’s Day 41 years ago. Finegood died in 2007.

“It wasn’t a prank, it was a message,” Finegood’s wife, Bonnie, said.

Bonnie said Danny and his buddies risked getting arrested to make a statement about new California legislation that took effect in ‘76 relaxing marijuana possession laws.

“I did support his ideas. I loved his creativity,” Bonnie said. “He was having fun making a large statement to the world.”

His group was also responsible for scaling the sign in 1987 and changing it to read “ollywood” during the Iran-Contra scandal.