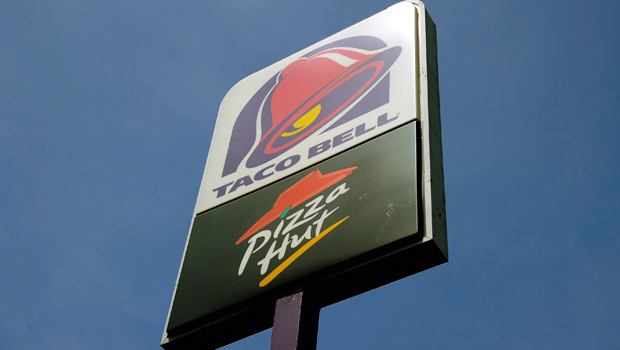 LOUISVILLE, Ky. The owner of the Taco Bell, Pizza Hut and KFC chains, Yum Brands (YUM), said Tuesday that its fiscal third-quarter net income rose by 23 percent on a turnaround in its fast-growing China division and higher demand in the U.S.

Operating profit in China rose 22 percent, when adjusted for currency fluctuations. Its costs for ingredients and workers didn't rise as fast as it had in the second quarter, when operating profit dropped. The profit decline had been a rare event for Yum's key China division.

The company also upped its record pace of restaurant openings in China, opening 192 locations. It expects to open at least 750 stores this year, up from its prior forecast of at least 700 new restaurants.

In the U.S., operating profit rose 13 percent in the quarter. A new, upscale menu at Taco Bell created by celebrity chef Lorena Garcia helped lift revenue in restaurants open at least a year 7 percent for the Mexican chain.

The same figure, which is key for retailers because it excludes new and closing stores, rose 6 percent at Pizza Hut and 4 percent at KFC.

Operating profit in Yum's international division, which excludes China and India, rose 14 percent when stripping out changes in currency values. Companies that do business overseas take a hit when the dollar increases against foreign currencies.

Excluding one-time items, Yum's earnings were 99 cents per share for the quarter. Revenue rose 9 percent to $3.57 billion from $3.27 billion.

Analysts polled by FactSet expected earnings of 97 cents per share on revenue of $3.66 billion.