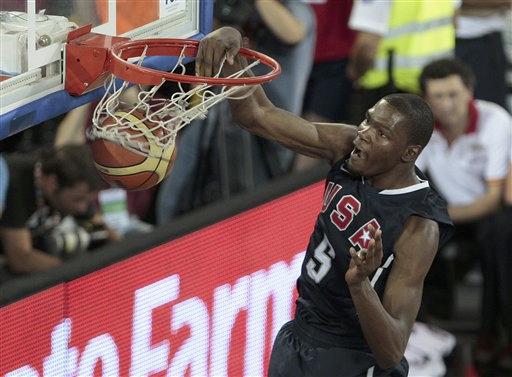 Corey Vidal is no pirate, but he's been branded one as a result of the licensing spat between Warner Music Group and YouTube.

On YouTube, Vidal posted a humorous video tribute to John Williams, the man who scored the soundtracks for such blockbuster films as "Indiana Jones" and "Star Wars." In his clip he included some of Williams' music. By now, everybody knows that YouTube removes videos that violate copyright law. What's different about Vidal's work getting pulled is that when he posted it in October, he was permitted to use Warner's music.

Until last month, YouTube had an agreement with Warner Music -- one of the four largest recording companies -- that allowed video creators to include the label's content in their clips. Last month, talks to renew the deal broke down and that means YouTube and its users no longer have access to Warner's library. For this reason, the case is much different than YouTube's high-profile fight with Viacom or run-of-the-mill piracy that once flourished on the site.

Sources close to the situation say YouTube is close to finalizing a new agreement with Sony Music. In 2007, Viacom and YouTube failed to come to terms on a licensing deal and Viacom requested that YouTube pull its content. In that case, there was no prior agreement. Most of the people who posted Viacom's films or TV shows to YouTube did so without authorization. In this situation, YouTube fans used Warner Music's songs for two years with the label's blessing. Now, through no fault of their own, the videos that YouTube users made in good faith are being yanked.

"I don't understand who I'm harming," said Frank Stallone, a 41-year-old former DJ who is quick to point out that he is not the less-famous brother of the box office draw. Stallone's video was removed for using 45 seconds from "Forget Me Nots," a 1982 song from Patrice Rushen. "If anything, people are hearing the 45-second tease they haven't heard in a while and they'll want to go out and buy the song," he said.

Warner Music declined to comment, but YouTube had this to say: "While we work with music labels and publishers to keep music on the site, sometimes our negotiations don't pan out," said a spokesman for the company. "In those cases, we try to give people options when they receive a copyright claim. Instead of automatically blocking videos, we give uploaders the choice to dispute the claim (in the case of Fair Use, for example), use our AudioSwap tool to replace the track with one from our library of pre-cleared music, or to replace the video with a new version with no sound."

If nothing else, the situation serves as a warning to those who think that because YouTube obtains rights to music or films one day, the agreements will last forever. That's just not how these deals work.

That hasn't stopped some YouTube's fans from posting angry videos denouncing the situation at YouTube. Most of the protest videos take aim at Warner and the other three top recording companies. While all four of the big labels are in discussions about renewing licensing agreements, Warner is the only one scuffling publicly with YouTube.

In fact, sources close to the situation say YouTube is close to finalizing a new agreement with one of Warner's chief rivals: Sony Music.

If nothing else, the situation illustrates how Web services and entertainment companies are learning hard lessons as they cover uncharted ground. It's doubtful that Warner Music or YouTube intended to alienate their customers. Presumably Warner Music wants more concessions from YouTube and the Web's No. 1 video site wants to pay less. What they likely didn't consider when they penned their initial contract was what would happen to users if they failed to agree on a new deal.

Vidal, a 22-year-old from the Canadian province of Ontario, is more than happy to help them understand.

Vidal makes his living by creating YouTube videos. He's a member of the company's YouTube Partners program. This allows him to sell some of the advertisements that accompany his clips and pocket the money. He says that his videos see about 3.4 million to 4 million views per month and YouTube is his only source of income. As for how much he makes, Vidal only will say it's enough for him to live comfortably.

Vidal hit the jackpot with his tribute to Williams. YouTube featured it on the site's front door. He says for a time the clip was generating a million views each day and was nominated for a "People's Choice Award" at CBS, parent company of CNET News.

But on January 18, Vidal's cash cow went down.

YouTube sent him a notice that said Warner Music had claimed his video had infringed on the label's copyright. Vidal doesn't dispute that the label owns the rights to the music he used. "I'll share the money I made with them but I just want my video back up."

But he has so many questions about whether his video truly violates copyright law and if so, what part of the video infringes? That's the other problem raised by the quarrel between Warner Music and YouTube. When users are dragged into it, there's few places to get answers. Vidal said he called Warner Music and talked to about half a dozen people in the eight days since his video was removed. He has yet to hear back why exactly the video was pulled down or whether he and the record company can strike a separate deal.

To its credit, Viacom set up a support hot line to help answer questions and address disputes when it began pulling content from YouTube.

That's what Stallone, the former DJ, says he needs. He says he doesn't think using 45 seconds of a song is breaking any law, but he doesn't have anywhere to go to get legal help. Also, he said he was discouraged by some of the language in the takedown notice YouTube sent him. Specifically, this passage: "There are very few valid reasons for disputing a claim," YouTube wrote in the notice. "Submitting an invalid dispute can result in penalties against your account."

Stallone wants to know how he's supposed to determine what an invalid dispute is?

YouTube users should not assume copyright holders are always correct when they accuse someone of a violation, according to Fred von Lohmann, senior attorney for the Electronic Frontier Foundation, a watchdog group that advocates for the rights of Internet users. In the Viacom case, for instance, the company acknowledged erring in a small number of cases.

In another case, a Pennsylvania woman is suing rocker Prince and Universal Music for accusing her of copyright violation for including a brief snippet of Prince's music in a video of her baby. Universal and Prince dropped their copyright claims against the woman and her video has returned to YouTube.