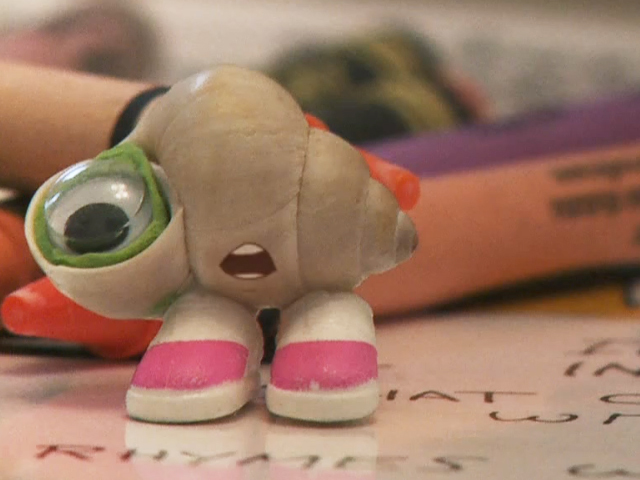 (CBS) - "My name is Marcel and I'm partially a shell, as you can see on my body, but I also have shoes and, um, a face, so I like that about myself and I like myself and I have a lot of other great qualities as well," says the tiny shell named Marcel.

The hilarious viral video "Marcel the shell with shoes on" may find its way to small screen soon.

NBC's Brian Williams interviewed the couple who created Marcel on last night's Rock Center. The short, but revealing, interview gave viewers a glimpse into world that breathed life into the adorable little shell.

Jenny Slate and Dean Fleischer-Camp created the video in their Brooklyn apartment. Marcel has garnered 14.5 million hits on YouTube to date. A string of witty observations and poignant confessions won the hearts of the Internet and has inspired a children's book. Talks of a TV show were also mentioned by Williams. If that's the case, it would be a rare crossover from Internet fame to television.

If all of this talk of the little shell has you scratching your head, you've got to just watch the videos for gems like Marcel's admission that he doesn't read newspapers, but tries to get a feel for daily life by reading receipts.

"Guess what I do for adventure? I hang glide on a Dorito," Marcel says in complete earnest. The quirky delivery is what makes the humor laugh-out-loud worthy, but there's a sweetness to Marcel that warms the heart.

How to find and delete where Google knows you've been