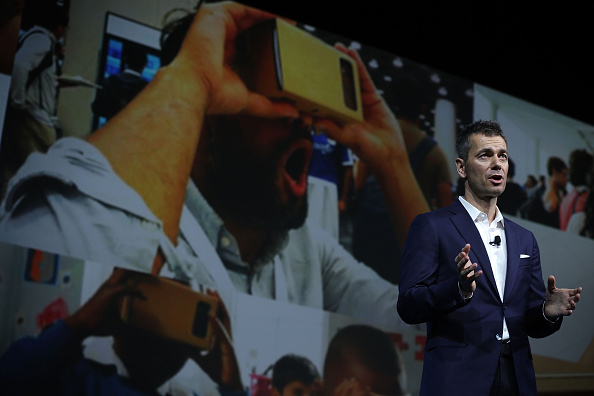 Welcome to the post-TV world -- the era of digital video. YouTube Chief Business Officer Robert Kyncl says the days of television dominance are coming to an end, and it won't be long before a majority of our video viewing happens other ways.

Kyncl gave a keynote speech at CES 2016 in Las Vegas where he touched on the future of digital video and how it will increasingly influence the way people consume media.

"Digital video will overtake television to become the single largest way people spend their free time before the end of this decade," Kyncl said.

In his speech, the YouTube executive, who previously worked at Netflix, said that four years ago, he made a prediction at CES that by the year 2020, 90 percent of all Internet traffic would be video traffic. Current projections now show we'll hit that mark a year earlier, in 2019.

Four years ago he also predicted that by 2020, 75 percent of all video content would be transmitted via the Internet instead of old-fashioned television. Even though current trends suggest that's overly optimistic, "This being Vegas," Kyncl said on stage at CES, "I'm doubling down. I"m standing by my prediction. I don't think digital video will grow linearly. It will grow exponentially."

Driving this digital push is the growth in content being consumed through mobile devices. Calling digital video "inherently mobile," Kyncl stressed that as small screens become sharper, brighter, and better-suited to displaying high-quality video content, the drift away from the living room television and on to laptops, phones, and tablets will be even more pronounced.

Nielsen research shows that traditional TV viewership peaked in 2009. People currently find time to watch five hours of video content daily, but growth in traditional television viewership has dropped off, versus online video consumption which is growing by 60 percent annually.

In the second quarter of last year, Kyncl added, a record 600,000 Americans cut the cord and dropped pay-TV service to rely on streaming video instead.

Kyncl compared YouTube to the early days of cable. Just as channels like MTV and HBO grew with zeitgeist-tapping shows like "The Real World" and "The Sopranos," respectively, YouTube is hoping that its new ad-free Red subscription service will provide a platform for popular video creators to shine.

"Many of these creators started with nothing but a web cam and a YouTube account," Kyncl said of the video platform's growing roster of viral Internet stars. This mean it's "a lot more obtainable to be the next PewDiePie than the next Tom Cruise."