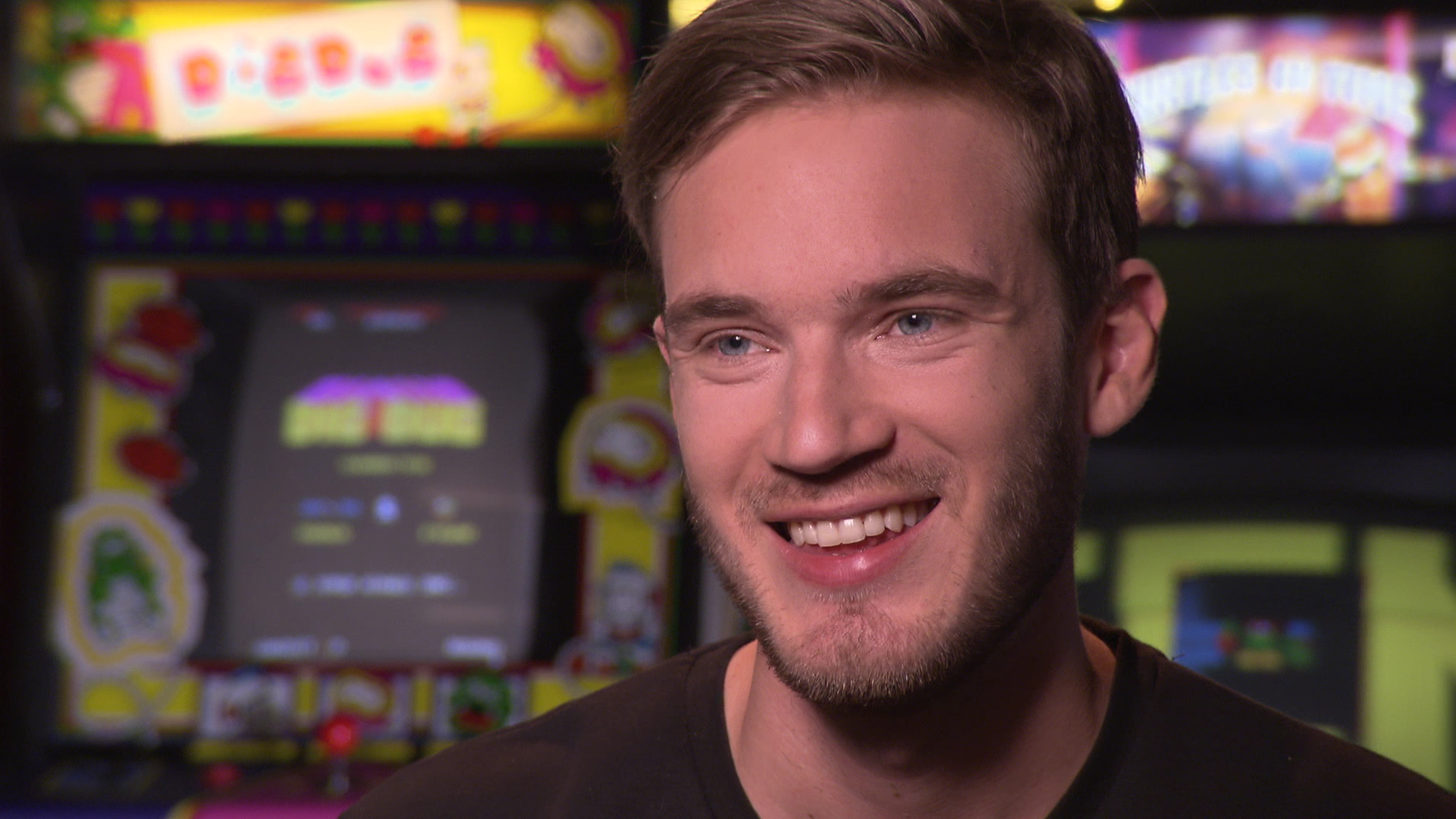 On camera, the Internet sensation is a loud, crass video game-playing machine. But behind it is a laid back, low-key 26-year-old Swede named Felix Kjellberg.

"I think they're the same guy," Kjellberg said. "PewDiePie is kind of like the guy you meet... if I'm with my closest friends. And it's kind of strange that I'm opening up that guy for 40 million people for some reason."

A mere five years ago, Kjellberg started posting videos of himself playing on YouTube. In just a few months, he had 100,000 followers.

By 2013, he was gaining a subscriber every second - now he's at 40 million followers and counting, more than Justin Bieber and Taylor Swift combined.

"I think if you ask my fans, they say I'm just a funny, silly guy that they can really relate to and enjoy watching," he said.

Last year, this college dropout was the top earner on YouTube, making $12 million from ads and sponsorships. He said he realized he could make a career out of the gig when he received his first paycheck.

"More than I was making at my current job, so screw this!" Kjellberg said.

Now he does this full time, like thousands of others making six figures online. But that doesn't mean everybody loves him. His videos have been called meaningless, tasteless and vulgar.

"If some people don't like it, you know, what am I going to do about it?" he said.

What this 21st-century star is doing is embracing media from the "olden" days, using television to promote his new book called "This Book Loves You."

"I live in the virtual reality, but I still think it's really cool to offer something to my fans that they can hold in their hands," Kjellberg said.

In New York, hundreds of fans showed up to see PewDiePie in person.

"I get to meet fans face to face and it's really cool," he said. "That's when you're like, 'Whoa, this really means a lot to people.'"

But Kjellberg isn't done yet. He wants more than just 15 minutes of fame - he's going for world domination.

Pewdiepie also just inked another deal with YouTube. He will star in his own original show - a scary "reality-adventure" series.

How Whistler keeps avalanches at bay