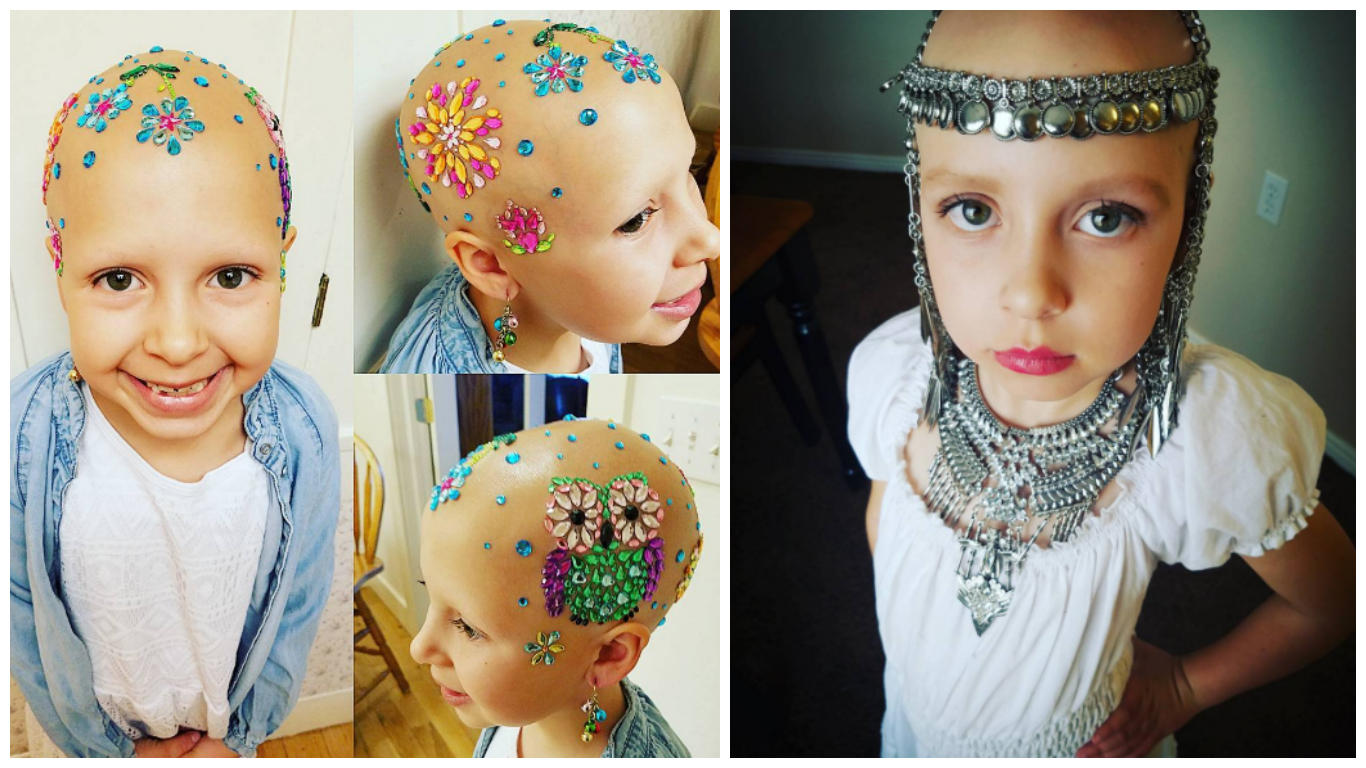 Alopecia can be a difficult diagnosis for any person to hear. An autoimmune disorder that affects the hair follicles, it can cause once flowing locks to fall out in small round patches about the size of a quarter. In some cases, patients lose much larger swaths of hair.

And that’s exactly what happened to 7-year-old Gianessa Wride from Utah.

“On January 1st, Gianessa had taken a shower,” her mother, Daniella Wride, explains. “After her shower, I was helping her brush her hair. Her hair was down to the middle of her back. I noticed that a lot of hair was coming out in the hairbrush and so I began looking around her head. I found a bald patch on the back of her head the size of a quarter. I also noticed that around her temples it was beginning to thin. We let her go to bed without telling her what was going on. I didn’t want to scare her. My husband and I called her pediatrician the next day and made her an appointment.”

The pediatrician was able to give Gianessa a tentative diagnosis, but recommended that she see a dermatologist to be 100 percent sure. It took nearly a month for the Wrides to get an apointment with one. In the meantime, all of Gianessa’s hair fell out.

“It took a total of 20 days,” Wride tells CBS News. “I tried to explain it to her on a 7-year-old level, but tell her the exact truth. You can’t beat around the bush with kids. And instilling false hope, I think, it’s kind of cruel in its own way. So we just let her know that her hair was falling out and it probably wasn’t going to grow back. And we also tried to let her know that she’s still herself. She just doesn’t have any hair. She can still emphasize her personality through fashion choices. She can still do art and dance and do karate.”

A few months later, the Wrides encountered an unexpected hurdle: Gianessa’s school was having a “crazy hair day.” How could the little girl possibly participate now that she had lost all her hair?

“I was really nervous when I found out that it was coming up,” recalls Wride. “But I didn’t want her to feel like an outcast or that she wasn’t like the other kids, so I wanted to come up with something fun for her. I went to the Walmart craft section trying to see what I could find and put together for her. I came across these scrapbook sticker jewels. They just fit her personality. She’s so vibrant and full of life and she loves everything sparkly.”

Needless to say, the internet went wild for Gianessa’s new look — Instagram users seemingly coming out of the woodwork to comment on the little girl’s strength, beauty and resilience.

“You look FANTASTIC SWEETHEART!!! May the sun always be shining in your corner of the world,” wrote one user.

“Such an inspiration to so many,” chimed in another. “Continue to shine bright as the stars... you are beautiful and continue to inspire.”

“I never in my wildest dreams expected for such a little girl to have such a positive influence on the world today,” Wride tells CBS News of the unexpected worldwide reaction. “Truly I cannot even begin to tell you how many times tears have come to my eyes just knowing that so many people are finding strength and courage in Gianessa’s story. I hope it continues and can provide light and love to all those that see it.”

This week on "Sunday Morning" (December 6)