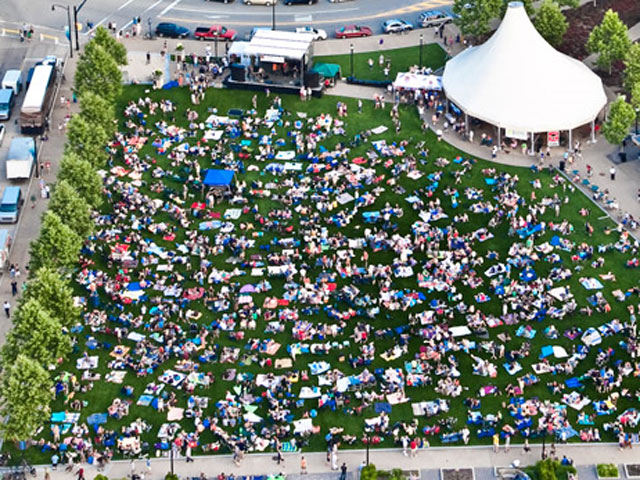 (CBS/AP) PITTSBURGH - A communication breakdown coupled with Pittsburgh's ban on overnight camping in city parks prevented about 300 people from sleeping outside to raise money to help the homeless.

Adrienne Walnoha, the CEO of Community Human Services, which had planned the fourth-annual sleepover tells the Pittsburgh Post-Gazette the outcome was "an irony."

The group raises money and awareness of its homeless assistance program by having people sleep overnight in the portico of the City-County Building downtown. Organizers got a permit for the overnight event from the Pittsburgh Parks Conservancy several months ago, the Post-Gazette reported.

Officials in the city solicitor's office had assumed the event would be held at the City-County Building again. When they learned of the new location last week, they contacted the event organizers to say that city code prohibited overnight camping in parks.

City officials then woked with the sleep-in organizers to find another spot for their event, suggesting the usual portico of the City-County Building, said Duane Ashley, the city's organizer of operations. But according to the newspaper, Walnoha said the organizers decided to keep the event at the new location, Schenley Plaza, and end it when the park closed at 11 p.m., thinking it would be too difficult to inform participants of the change just a few hours before the event.