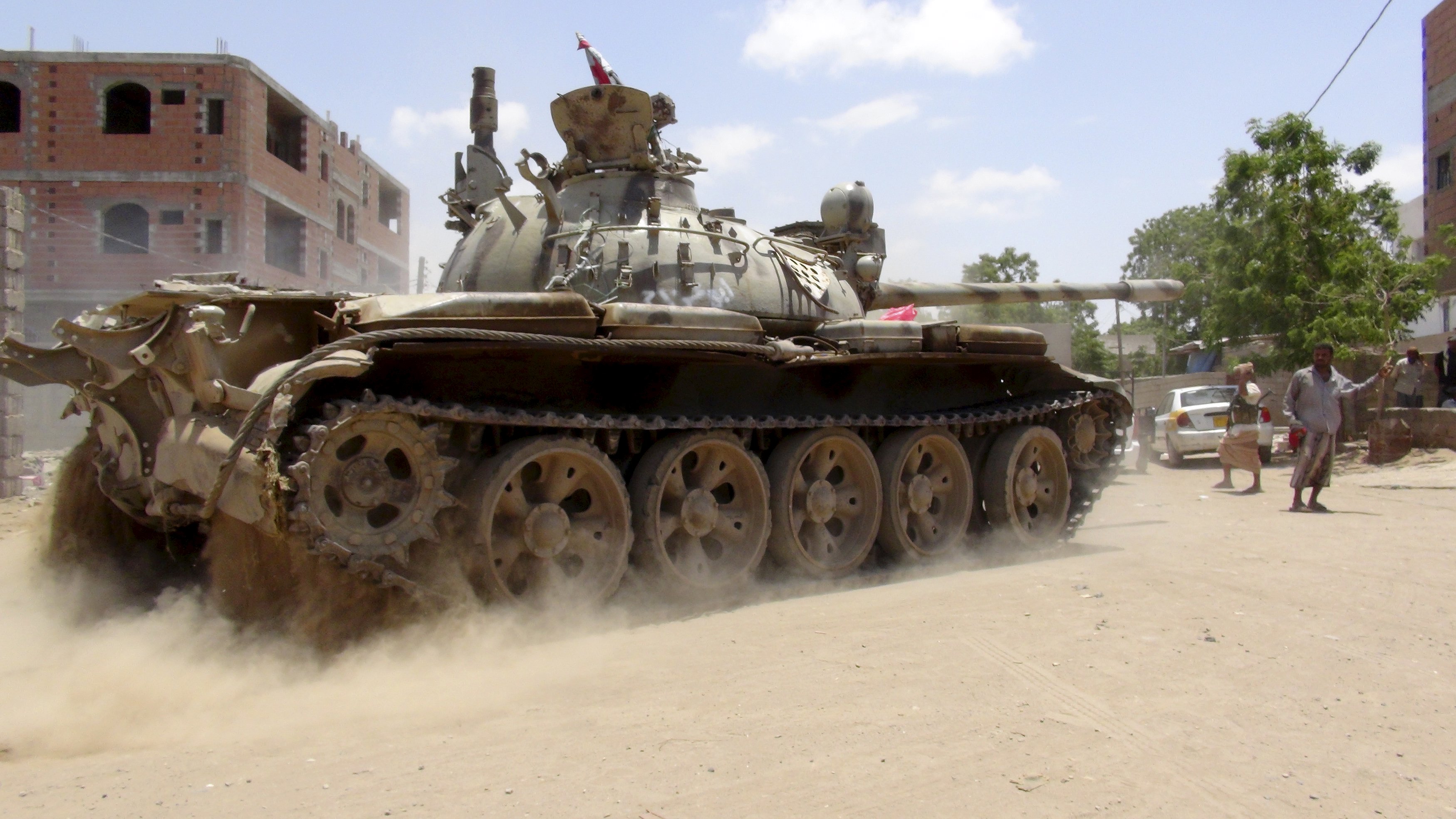 SANAA, Yemen -- Peace talks on Yemen will begin next week in Geneva, the U.N. announced Wednesday, as the international community tries to end weeks of Saudi-led airstrikes against an Iran-supported rebel group and a growing humanitarian crisis that has left millions short of food and fuel.

As fighting in the Arab world's poorest country continued with airstrikes against the rebels in at least five of Yemen's northern provinces, the question quickly turned to who would show up for the talks starting May 28.

In a positive sign, the leader of the Houthi rebels, Abdul-Malek al-Houthi, called the talks the "only solution" for the conflict that the U.N. says has killed more than 1,800 people since mid-March.

Yemen's U.N. Ambassador Khaled Alyemany said the government of President Abed Rabbo Mansour Hadi, now in exile in neighboring Saudi Arabia, will be represented at a high level, perhaps by the vice president.

But a top Hadi aide, speaking on condition of anonymity because he was not authorized to talk to the media, reiterated earlier government demands that the Houthis first pull out of towns and cities, including the capital, Sanaa, that they captured starting last year. He said the government wouldn't give up its condition for the talks.

In a speech broadcast on the rebels' TV channel, al-Houthi gave no indication his forces would heed the demands to withdraw and instead called for new recruits and new training camps.

U.N. chief Ban Ki-moon has urged all parties to engage in talks without preconditions, stressing the only way to resolve Yemen's conflict is through an "inclusive, negotiated political settlement." Ban was expected to attend the start of the Geneva talks.

The Geneva talks will be a test for the U.N.'s new envoy to Yemen, Ismail Ould Cheikh Ahmed, who this month held meetings with rival political players in the country. At the time, the Houthis expressed readiness to resume peace talks in a "neutral" country.

Both the Yemeni ambassador and the Saudi ambassador to the U.N., Abdallah Al-Moualimi, on Wednesday ruled out Iran's participation in Geneva. Western countries accuse the Shiite power of backing the Houthis militarily, something the Islamic Republic and the rebels deny.

"There is no place for Iran in the consultations in Geneva," Al-Moualimi told reporters. "They have not been playing a constructive role, and as such cannot be rewarded by having a seat at the table."

The U.N. has not said exactly who has been invited to the talks but has described them as U.N.-facilitated discussions among Yemeni parties. U.N. deputy spokesman Farhan Haq said the format of the talks was still being worked out.

Haq said Ahmed is expected to visit Tehran on Thursday for meetings with Iranian officials on Yemen.

The Yemeni ambassador, Alyemany, also said former President Ali Abdullah Saleh and Houthi figures on a U.N. sanctions list would not participate in the talks. The Security Council this year imposed an arms embargo on Houthi leaders and on Saleh, who stepped down in 2012 as part of a U.N.-guided transition.

The council has also demanded the Houthis withdraw before any formal talks.

The rebels and their allies, Saleh loyalists, this week boycotted a gathering held in the Saudi capital, Riyadh, that was billed as a peace conference on Yemen.

Meanwhile, the Saudi-led coalition continued to pound the Houthis and their allies Wednesday in at least five northern provinces under rebel control, including Sanaa. In the western city of Ibb, warplanes struck a police commando camp run by Saleh's loyalists, killing at least 12 and wounding 17, officials said.

In the strategic port city of Aden, the rebels and their allies randomly shelled residential areas, killing one woman and wounding three, the officials said, speaking on condition of anonymity because they were not authorized to talk to reporters.

The Houthis also continued to retaliate for the Saudi-led attacks by engaging in clashes in the border area of Jizan on Wednesday and killing one Saudi soldier, according to Saudi news site Sabq.

The Yemeni conflict has killed 1,820 people and wounded 7,330 since March 19, according to U.N. estimates, with nearly a half million people displaced through May 7.

International aid groups on Wednesday urged the warring parties to agree to a ceasefire, saying a five-day truce that was breached several times and expired this week was not enough for humanitarian aid to be delivered. The Saudi-led coalition's air and sea blockade has been criticized for severely slowing aid delivery.

"The amount of aid allowed in barely scratched the surface of the humanitarian catastrophe," said Grace Ommer, Oxfam's director for Yemen.

But the Saudi ambassador to the U.N., al-Moualimi, told reporters that any further humanitarian pauses would be a military decision and will be based on the situation on the ground, specifically, "whether the Houthis are complying with such a pause."

Also Wednesday, the U.N. said an Iranian ship with humanitarian supplies was heading to Djibouti, where the U.N. has its hub for the distribution of aid for Yemen. The ship, which had stirred controversy, was originally reported to be heading to Yemen's Hodeida port.

Iran's Deputy Foreign Minister Hossein Amir Abdollahian told the semi-official ISNA news agency that the vessel called Nejat, or Rescue, will travel to Yemen in "full coordination with the U.N."