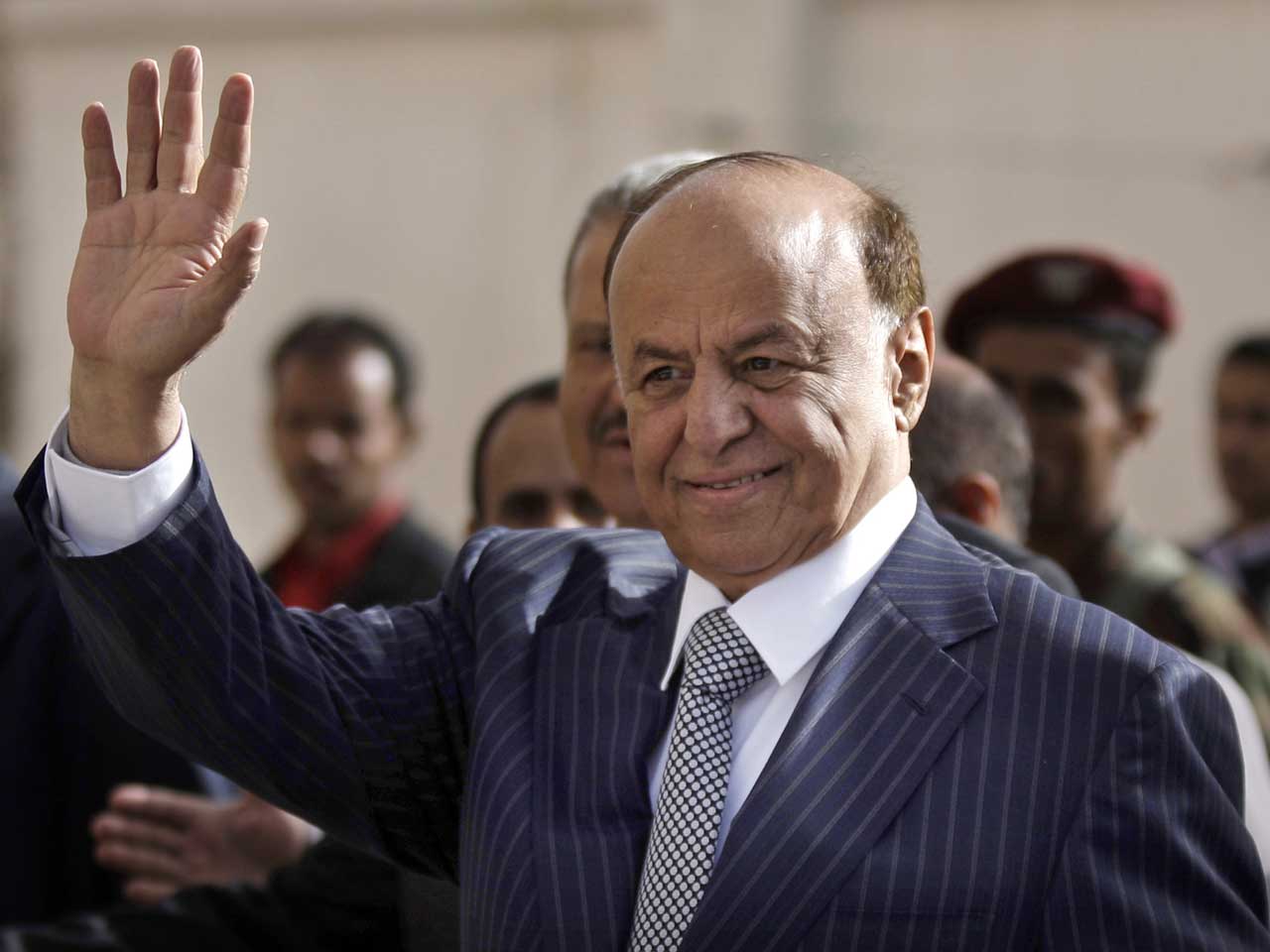 SANAA, Yemen -- Yemen's President Abed Rabbo Mansour Hadi, who fled the country in the face of a rebel advance last month, has tapped his former Prime Minister Khaled Bahah to be vice president in a move aimed at strengthening the embattled executive branch, an official close to Hadi said.

The Shiite rebels, known as Houthis, had demanded the formation of a presidential council instead. Along with military units allied with former President Ali Abdullah Saleh, they control the capital, Sanaa, and much of the country's north, and have advanced despite more than two weeks of Saudi-led airstrikes.

Mohammed Abdel Salam, a Houthi spokesman, denounced the appointment of Bahah in televised comments on a pro-Houthi channel. He said that the Houthi group will not recognize decisions promulgated by Hadi and that anything pertaining to the country's politics should be decided upon through dialogue within the country.

U.N. special envoy for Yemen Jamal Benomar has been urging the parties to come to a negotiated settlement. Saleh has also called for a U.N.-sponsored dialogue.

Hadi fled the capital earlier this year after the Houthis put him under house arrest, and established a temporary capital in the southern port city of Aden. He later sought refuge in Saudi Arabia as the rebels and their allies closed in on Aden, which is now gripped by fierce fighting.

The Houthis also held Bahah and other Cabinet ministers under house arrest for weeks, eventually setting them free in the middle of March. During their detention, Bahah and the Cabinet members resigned in protest. Bahah is currently visiting Saudi Arabia.

Bahah, who hails from southern Yemen, served as Yemen's ambassador to the United Nations before he was appointed prime minister following weeks of political deadlock.

On Sunday, Saudi Arabia's foreign minister refused calls from Tehran to stop its aerial assault. Iran supports the Houthis, who are fellow Shiites, but both Tehran and the rebels deny it arms them.

Prince Saud al-Faisal said his country is not at war with Iran, but charged Tehran with fueling the cycle of violence in Yemen. Riyadh and Tehran are longtime regional rivals, and also back opposite sides in Syria's civil war.

"Iran is not in charge of Yemen," al-Faisal said during a press conference Sunday in Riyadh alongside his French counterpart, Foreign Minister Laurent Fabius.

Writing in an opinion piece in The New York Times, Hadi on Sunday called the Houthis "puppets of the Iranian government" and declared: "If the Houthis do not withdraw and disarm their militia and rejoin the political dialogue, we will continue to urge the coalition to continue its military campaign against them."

Hadi called for "continued international support to ensure military might on the battlefield" and warned that oil shipments through the Red Sea will be endangered if the Houthis are not stopped.

Saudi military spokesman Ahmed Asiri said during a briefing Sunday that airstrikes hit an airport in the Houthi stronghold of Saada, as well as areas used by the Houthis and their allies in Shabwa, Sanaa, Taiz and Aden.

He added that the Saudi government is coordinating with some of the tribes in Yemen.

Sunday's airstrikes in the oil- and gas-rich north-central province of Marib hit groups of Houthi and allied fighters, Yemeni security officials said. All officials spoke on condition of anonymity because they were not authorized to speak to journalists.

Sheikh Saleh al-Anjaf, spokesman for an alliance of Marib-based tribes, said Houthis and Saleh loyalists tried to advance from the ancient ruins of Sirwah but were pushed back following a fierce battle with tribesmen.

Al-Anjaf said six tribesmen were killed and seven wounded in the fighting and that the tribe took six Houthi fighters hostage. The Houthis did not announce any casualties, and Houthi officials could not be reached for comment.