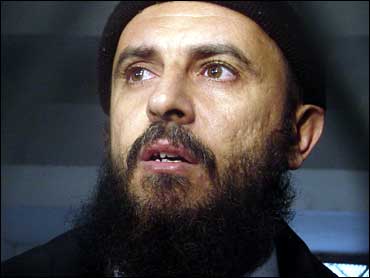 Yemen has set free one of the al Qaeda masterminds of the USS Cole bombing in 2000 that killed 17 American sailors, a senior security official said Thursday.

Jamal al-Badawi, who is wanted by the FBI, was convicted in 2004 of plotting, preparing and helping carry out the USS Cole bombing and received a death sentence that was commuted to 15 years in prison.

He and 22 others, mostly al Qaeda fighters, escaped from prison in 2004. But al-Badawi was granted his freedom after turning himself in 15 days ago and pledging loyalty to Yemeni President Ali Abdullah Saleh, said the official, speaking on condition of anonymity because he was not authorized to speak to the media.

The official said police were told by the government to "stop all previous orders concerning measures adopted against al-Badawi."

Witnesses told The Associated Press that al-Badawi was receiving well-wishers at his home in the al-Buraika district in Aden.

The Interior Ministry said earlier that al-Badawi voluntarily gave himself up to police, but media reports said tribal chiefs mediated his surrender after he renounced terrorism and pledged allegiance to the Yemeni leader.

Al-Badawi had escaped prison once before with nine other suspects of the attack on the Norfolk-based Cole in April 2003, but was rearrested.

Al Qaeda used to have an active presence in Yemen, the ancestral home of Osama bin Laden. The group was blamed for the bombing of the Cole and the attack on a French oil tanker that killed one person two years later.

Also Thursday, a second security official said police have uncovered a terrorist cell composed of four extremists who were recruiting young Yemenis to carry out suicide attacks in Iraq and elsewhere.

The four were allegedly receiving funds from abroad and were recruiting young men in their twenties from mosques and religious seminars during the Muslim holy month of Ramadan, said the official, citing their confessions. The official spoke on condition of anonymity because he was not authorized to speak to the media.

Yemen does not have a law that criminalizes Jihad, or holy war. Detainees remain in prison until they either renounce their commitment to Jihad or are released under pressure from family and human rights groups.

Since the suicide attack in July that killed eight Spanish tourists visiting an ancient Yemeni temple, President Saleh has said in several interviews with local papers that al Qaeda had reached a truce with the government.