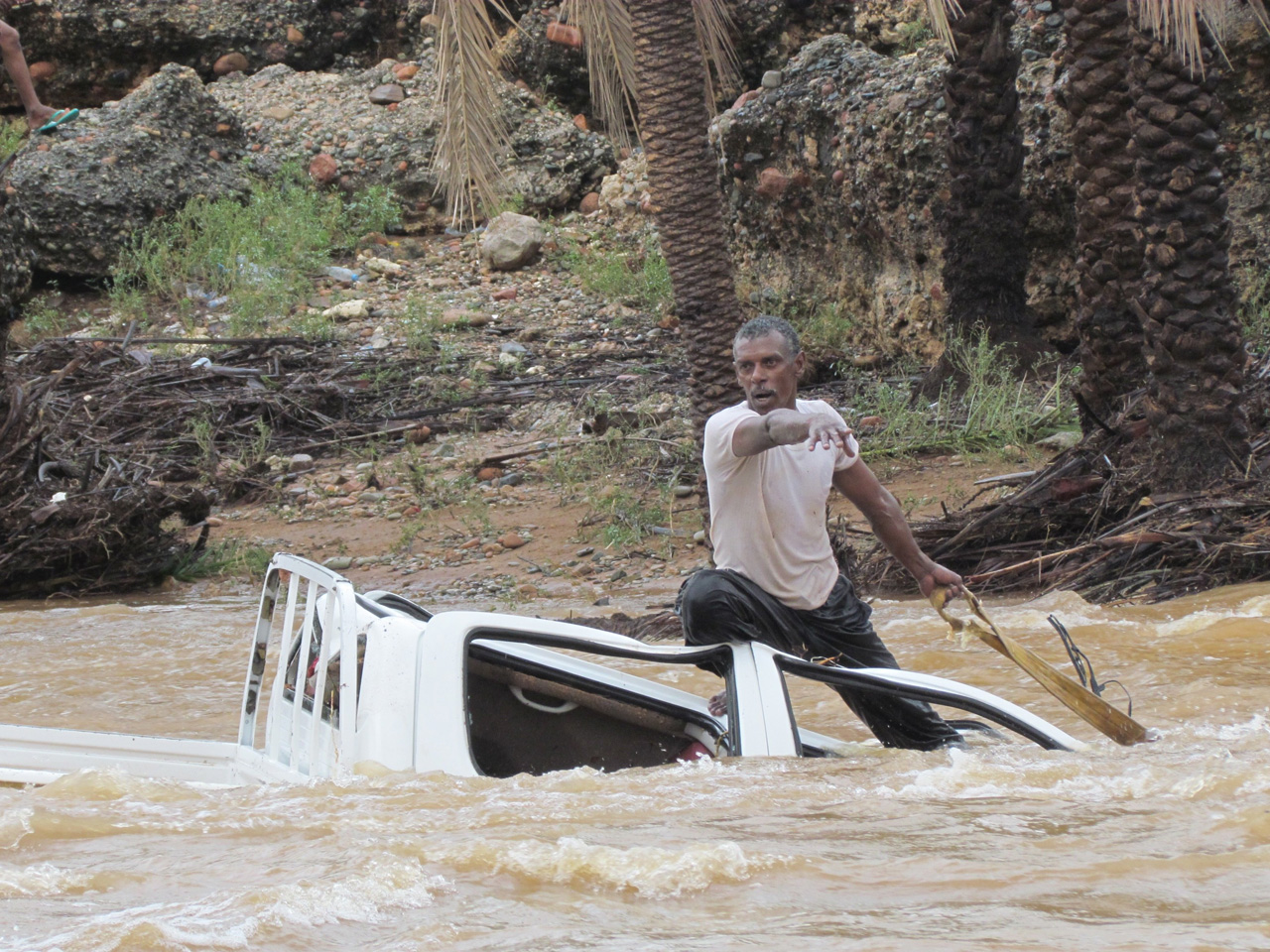 SANAA, Yemen - On the same day a Saudi-led coalition dropped several airstrikes across the country against Shiite rebels in an ongoing and devastating war, Yemen was hit with the strongest cyclone in the country's recorded history, dumping more than a year's worth of rain in just 24 hours on its southern coast.

Cyclone Chapala slammed into the country's central southern coast Tuesday with 85 mph winds, and is estimated to have produced up to 8 inches of rain in one day for some areas in a country where 4 inches of rain per year is the average. In Yemen's recorded history, no storm has come close to those wind and rainfall numbers.

The storm had already killed three people on the Yemeni island of Socotra in the Indian Ocean before it hit the mainland. Officials said many residents living near the coast took shelter in caves or in schools.

On the Yemeni mainland, accurate reporting due to the war is already scarce, but the BBC reports the storm made landfall with wind gusts over 100 mph just west of the central coastal city of Mukalla, currently under al Qaeda control.

The storm is expected to dissipate quickly as it moves inland over the desert, but it could drop up to 20 inches of rain before it does, which would be five times the national yearly average. Flash flooding is predicted to be widespread as the desert is not equipped to adsorb that much rainfall in that short of a period of time.

Yemen is already in the middle of a humanitarian catastrophe created by the ongoing conflict between Shiite Houthi rebels and the internationally recognized Saudi-backed Sunni government, as well as the Islamic extremists that have taken advantage of the chaos.

On Tuesday, Yemeni security officials say fighting between Shiite rebels and their opponents has killed over 33 people in the past 24 hours in Taiz, Yemen's third-largest city. The officials said Tuesday that 21 rebels, known as Houthis, died in airstrikes by a Saudi-led coalition that opposes them.

Eight civilians died when their bus hit a land mine and four fighters from the anti-Houthi forces were killed in street clashes. The officials are independent in the conflict roiling Yemen. They spoke on condition of anonymity because they aren't authorized to talk to journalists.

Yemen's fighting pits the Houthis and allies against forces loyal to the internationally recognized government as well as southern separatists and militants. At least 2,615 civilians have died since the anti-Houthi airstrikes began in March, according to the U.N.