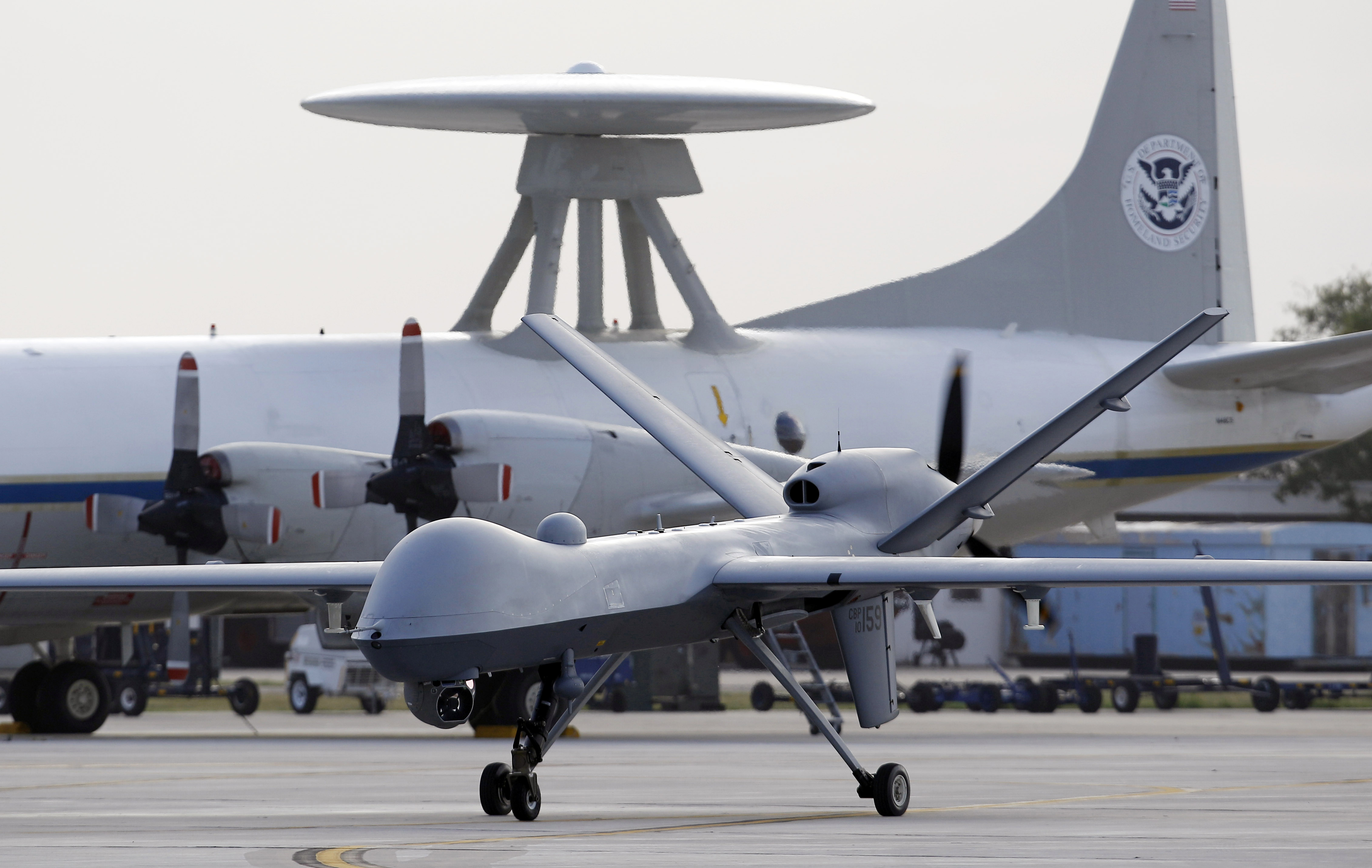 With several U.S. diplomatic posts closed temporarily in Africa and the Middle East this week amid a global alert about terrorism, Washington evacuated most of its personnel from Lahore, Pakistan's second-largest city. The U.S., along with Britain, also flew diplomatic staff out of Yemen's capital of Sanaa this week.

The U.S. said Friday evening that its embassy in Sanaa will remain closed while the other posts, except for the one in Lahore, reopen Sunday or Monday.

Since July 27, drone attacks in Yemen's southern and central provinces have killed a total of 34 militants suspected of being members of the country's al Qaeda branch, known as al Qaeda in the Arabian Peninsula, security officials have said.

The drone strikes occurred in areas where the terrorist group enjoys protection from anti-government tribes or hides in mountainous areas.

The terror network bolstered its operations in Yemen more than a decade after key Saudi operatives fled here following a major crackdown in their homeland. The drone strikes and a U.S.-backed offensive that began in June 2012 have driven militants from territory they had seized a year earlier, during Yemen's political turmoil amid the Arab Spring.

The senior Yemeni officials who said the seven Saudis were among the victims of the drone attacks said intelligence suggested the foreigners had crossed the border between the neighboring countries to either ferry in money to the terror group or to train in al Qaeda camps.

"Al Qaeda is especially recruiting tech-savvy and well-educated Saudis," one of the senior security officials said.

He added that the terror group also is bringing in Pakistanis, who are explosives experts. He cited Ragaa Bin Ali a Pakistani bomb maker who was killed in a drone strike.

"The kingdom is tracking down those people ... but there are hundreds of organizations and groups that work on recruiting them," he said.

One suspected Saudi militant was among seven who were killed by a drone in the southern city of Shabwa. Four other Saudis were injured in the same attack, according to a senior local government official who also spoke anonymously because he was not allowed to talk to reporters.

While the United States acknowledges its drone program in Yemen, it does not talk about individual strikes. The program is run by the Pentagon's Joint Special Operations Command and the CIA, with the military flying its drones out of Djibouti, and the CIA out of a base in Saudi Arabia.

Asked at a White House news conference about the drone strikes, U.S. President Barack Obama said: "I will not have a discussion about operational issues."

The increase in the drone strikes has worried many in Yemen.

Fadl Abdullah, head of the Yemeni Organization for Human Rights, said the public believes that the U.S. is randomly bombing moving vehicles based on information from informants or intercepted phone conversations.

"We strongly condemn the drones," he said in a telephone interview from the southern city of Aden. "There are strong chances that civilians get killed in the middle of the strike, either because they are present at the site of the attack or simply because of wrong information provided by the informants."

He said he knew of nine cases of civilians being killed, but he could not provide their names.

The involvement of militants from Saudi Arabia is not surprising because AQAP is the product of a merger by the group's Yemeni and Saudi branches and led by Saudis.

Its No. 2 figure, Saeed al-Shihri, was a Saudi national who died of wounds sustained in November 2012 drone strike. Another leader is Ibrahim al-Asiri, who is believed to be moving in northern Yemen, close to the border with Saudi Arabia, his home.

Saudi Arabia's Interior Ministry said police arrested two foreign residents suspected of having contacts with the al Qaeda offshoot in Yemen over imminent suicide attacks in the region, although it did not identify suspected targets.

The official Saudi Press Agency quoted a ministry statement Thursday night as saying one of the suspects is from Yemen and the other from Chad.

The statement said the two exchanged information via the Internet with AQAP using several coded names to discuss "imminent suicide operations in the region."

According to Saudi Okaz daily, the Yemeni allegedly posted a message on his Twitter account about an upcoming operation. The paper posted his tweets about attacking "perverted security forces" to kill and torture them. The paper said the arrests were Aug. 2.

In an interview with the Saudi-funded Al-Arabiya network, Gen. Mansour al-Turkey, the spokesman for the Saudi Interior Ministry, said the arrests are linked to the recent closures of Western embassies.

The personnel drawdown at the consulate in the eastern Pakistani city of Lahore was precautionary and wasn't related to the recent closures of numerous U.S. diplomatic missions in the Muslim world because of a threat from al Qaeda, said two U.S. officials, speaking on condition of anonymity because they were not authorized to discuss the order.

Earlier this week, 19 U.S. diplomatic outposts in 16 countries in the Middle East and Africa were closed to the public after U.S. intelligence officials said they had intercepted a recent message from al Qaeda's top leader, Ayman al-Zawahiri, about plans for a major terror attack.