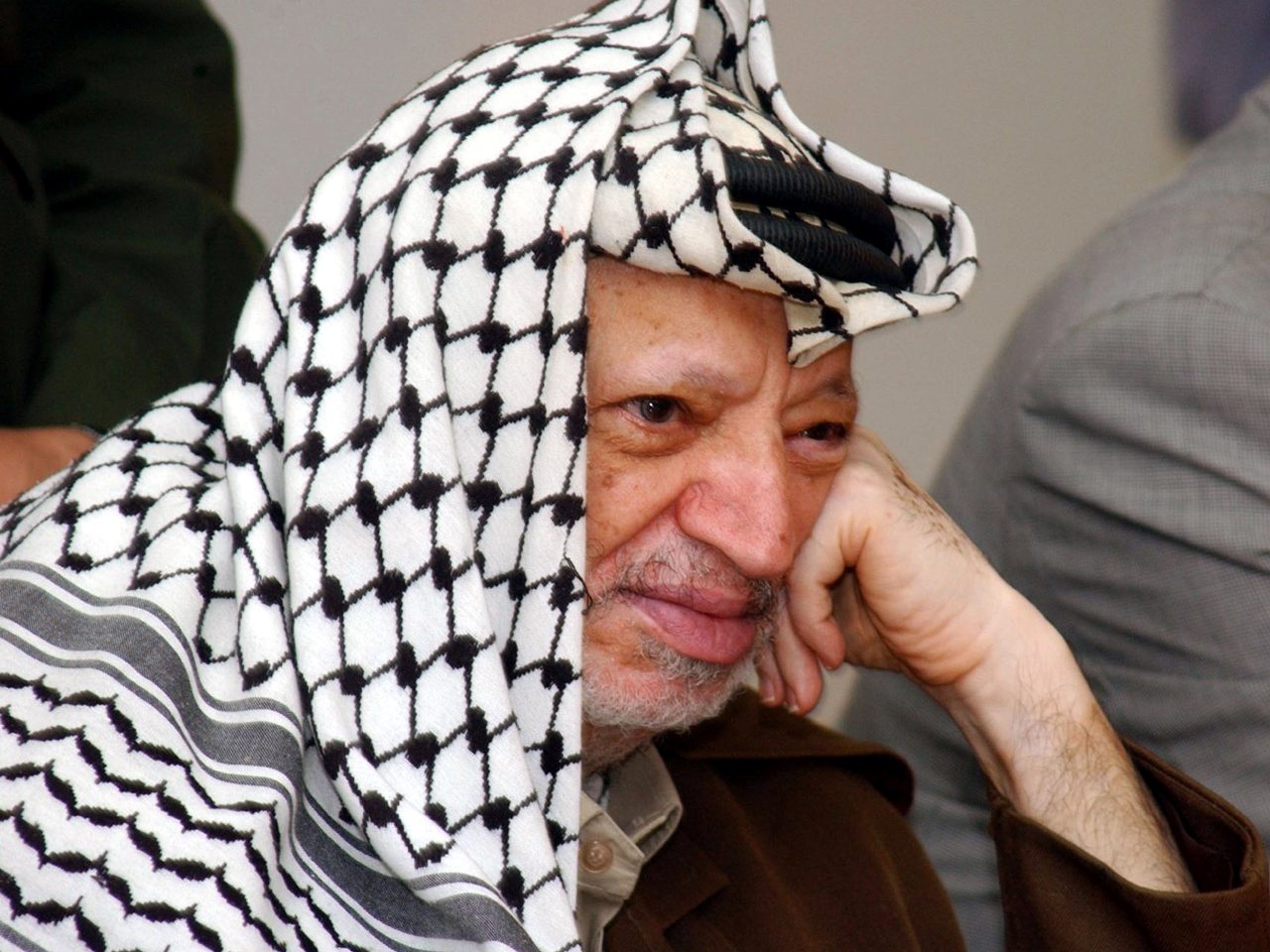 RAMALLAH, West Bank Yasser Arafat's political heirs on Tuesday opened his grave and foreign experts took samples of the iconic Palestinian leader's remains as part of a long-shot attempt — eight years after his mysterious death — to determine whether he was poisoned.

Arafat died in November 2004 at a French military hospital, a month after suddenly falling ill at his West Bank compound, at the time besieged by Israeli troops.

The immediate cause of death was a stroke, but the underlying reasons were unclear, leading to widespread belief in the Arab world that Israel poisoned the 75-year-old symbol of Palestinian nationalism.

The exhumation began before dawn Tuesday, under the cover of huge sheets of blue tarpaulin draped over Arafat's mausoleum in his former government compound in the West Bank city of Ramallah. By mid-morning, the grave was reclosed, and officials from Arafat's Fatah movement and the Palestine Liberation Organization laid wreaths at the mausoleum.

Palestinians had launched an investigation after Arafat's death, but made no progress. The probe was revived this summer when a Swiss lab detected elevated traces of a lethal radioactive substance, polonium-210, in biological stains on his clothing.

The lab said the tests were inconclusive and that it needed to examine the remains for a clearer picture.

Palestinian official Mahmoud Labadi is in no doubt Arafat was the victim of foul play and believes the late leader was poisoned, CBS News correspondent Allen Pizzey reports.

"This exhumation reveals the facts and reveals that Arafat's death was not natural death," Labadi told CBS News.

Not everyone is in favor of the exhumation, Pizzey reports.

"My opinions are of little importance," Arafat's sister Khadija Arafat told CBS News. "Me and many other people think that there are many things more important than exhumation."

The results of the investigation aren't expected for months.

Arafat's successor, Mahmoud Abbas, authorized the exhumation despite strong cultural and religious taboos against disturbing a gravesite, apparently to avoid any suggestion that he was standing in the way of a thorough investigation.

Abbas was absent during Tuesday's proceedings, instead heading to the United Nations to seek a General Assembly acceptance of Palestine as a non-member observer state. Abbas has said the request, strongly opposed by the U.S. and Israel, is meant to strengthen his leverage with Israel.

In Ramallah, workers have been drilling through thick layers of concrete encasing the tomb since mid-November. The grave was opened before dawn Tuesday, said Tawfik Tiraqi, head of the Palestinian team investigating Arafat's death.

A Palestinian official initially said some of the remains were moved to a nearby mosque. However, Palestinian Health Minister Hani Abdeen later said samples were taken without having to move the remains to another location.

The exhumation was attended by experts from Switzerland, France and Russia who will examine the samples in their home countries, said the official, speaking on condition of anonymity to discuss the exhumation. Earlier, samples were also taken from Arafat's bedroom, office and personal belongings, he said.

Dr. Abdullah Bashir, a member of the Palestinian investigative team, said it would take at least three months for results to come back.

Public reaction in the West Bank was mixed.

Nidaa Younes, a Palestinian government employee, said it was unnecessary to dig up the remains. "Our religion forbids exhuming graves. It is not nice at all to do this, even if religion permits it in some cases," she said, adding that she believes Israel was responsible for Arafat's death.

Ramallah resident Tony Abdo said he supports the exhumation, expecting it to prove that Arafat did not die a natural death.

Suspicions about Arafat's death flared again over the summer, when the Arab satellite TV channel Al-Jazeera took some of Arafat's belongings, provided by his widow Suha, to a Swiss lab for testing. The belongings included what Mrs. Arafat said were her husband's fur hat and a woolen cap with some of his hair, a toothbrush, and clothing with his urine and blood stains.

But the exhumation and the testing of the remains might not resolve the mystery. Polonium-210 decomposes rapidly, and some experts say it is not clear whether any remaining samples will be sufficient for testing.

For decades, Arafat was the symbol of the Palestinians' struggle for an independent state. After returning from exile to the Palestinian territories in the early 1990s, as part of interim peace deals with Israel, he zigzagged between leading negotiations with Israel and condoning violence as a means of obtaining political goals.

Arafat, along with two Israeli leaders, received the Nobel Peace Prize in 1994 for his commitment to work toward peace with Israel. He later presided over the Palestinians as they waged a violent uprising against Israel's occupation of the West Bank, Gaza and east Jerusalem, the territories they seek for an independent state.

Israel accused him of ordering attacks against Israelis, and confined him to his Ramallah compound. He stayed there for more than two years before falling ill.

In his later years, Arafat also faced criticism at home, with some accusing his political circle of corruption and the pocketing of large amounts of aid. But he remains a widely revered figure in the Palestinian territories, and his portrait frequently appears in government offices and street posters.