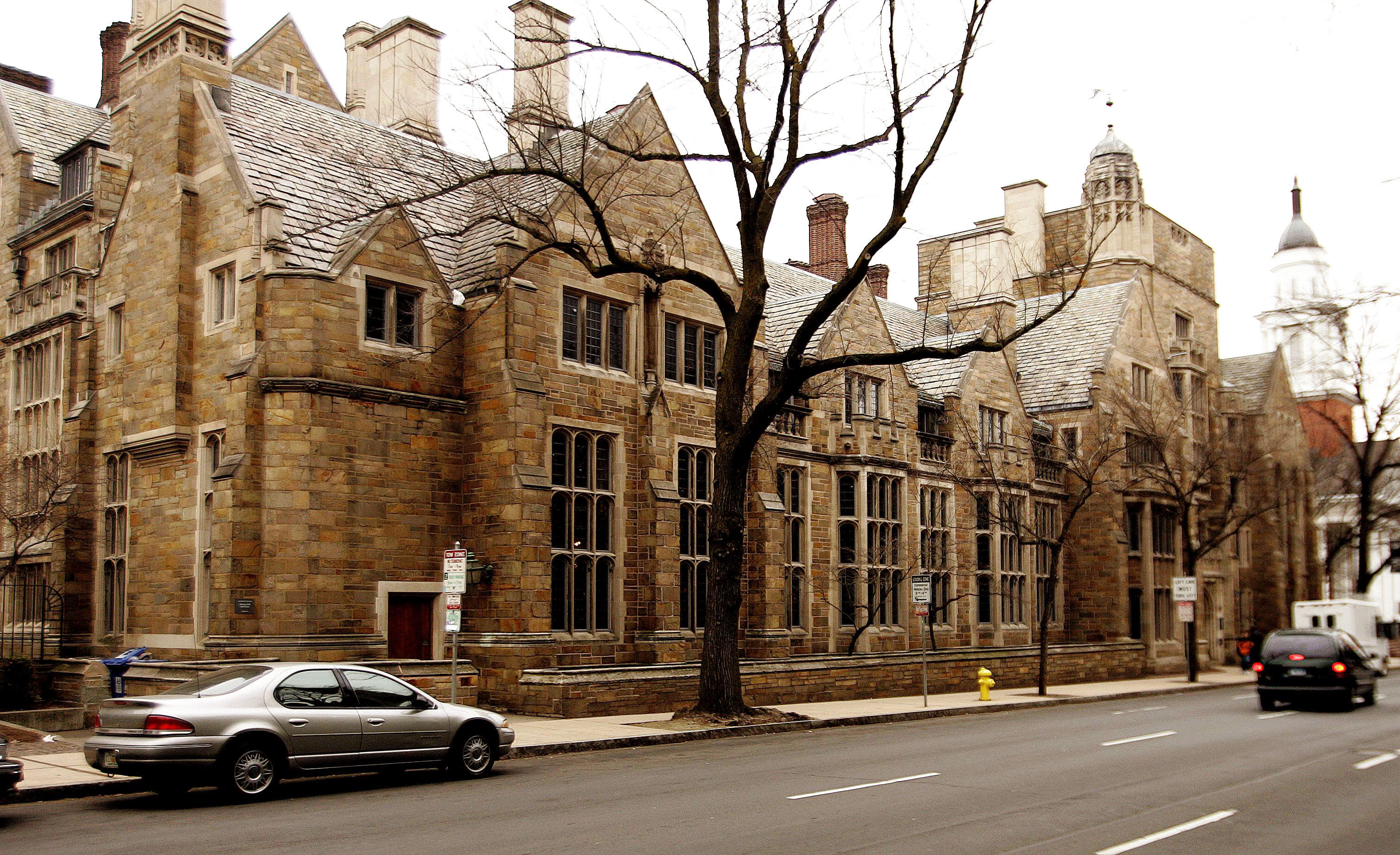 NEW HAVEN, Conn. -- After years of debate, Yale University announced Saturday it will change the name of a residential college that honors a 19th century alumnus and former U.S. vice president who was an ardent supporter of slavery.

Yale said it was the final decision in a controversy over former Vice President John C. Calhoun’s legacy that had simmered for years and boiled over with campus protests in 2015. Four people were arrested in a peaceful protest as recent as Friday after they blocked street traffic.

The change will be effective July 1, the Yale Daily News reports. On Saturday, Hopper’s name had been written in marker on tape with the word “Victory” over the building’s sign, according to photos on the Daily News’ website.

The university’s president, Peter Salovey, announced in April that the school would keep Calhoun’s name. But, in August, he appointed an advisory panel to consider whether the name should be changed after all.

“We have a strong presumption against renaming buildings on this campus,” Salovey said Saturday. “I have been concerned all along and remain concerned that we don’t do things that erase history. So renamings are going to be exceptional.”

The board of trustees made its decision to rename the college Friday. Salovey, who sits on the board, said the case was exceptional because Calhoun’s principal legacy is at odds with the university’s values and mission, and his views were contested in his own time.

Calhoun, a member of the Yale class of 1804, was a senator from South Carolina and a leading voice for those opposed to abolishing slavery. He served as vice president from 1825 to 1832.

“John C. Calhoun. White supremacist. Ardent defender of slavery as a positive good,” Salovey noted. “Someone whose views hardened over the course of his life, died essentially criticizing the Declaration of Independence and its emphasis on all men being created equal.”

Chris Rabb, a 1992 Yale graduate, said in a telephone interview Saturday that just changing the name from a “bad person to a good person” is not enough.

Rabb has spoken out against the name since his own days living at Calhoun College when he successfully lobbied for the removal of a stained glass window depicting a black man in shackles kneeling before Calhoun.

“I’m underwhelmed,” said Rabb, an educator and state representative in Pennsylvania who co-founded an alumni network for black Yale graduates. “This choice makes no corrective move toward reconciliation in light of not just the legacy of John C. Calhoun, but Yale University’s ties to slavery and systemic racism.”

The residential college was named for Calhoun when it was established in the early 1930s. The name received new attention as protesters on campuses around the country called for universities to address the legacies of historical figures, such as Woodrow Wilson at Princeton University in New Jersey.

In an online essay Saturday in The New York Times, Yale senior Tobias Holden, a black Calhoun descendant, said it’s wrong to treat Calhoun as a benign symbol of history.

“Get my racist ancestor’s name off of Yale’s campus” was the essay’s title.

A flare-up of the controversy last summer followed the arrest of a black dining services worker, Corey Menafee, who used a broomstick to smash a stained-glass window at the college that depicted slaves. Criminal charges have since been dropped and Yale has rehired Menafee, who had described the image as offensive.

University officials said Saturday the school will not remove symbols of Calhoun on campus, such as engravings and a statue atop the landmark Harkness Tower. It also won’t discourage alumni if they want to continue associating with the Calhoun name instead of Grace Hopper College.

But Salovey said he hopes the university community will “embrace Grace Hopper and get to know her better.” She graduated from Yale in 1930 and earned a doctorate in mathematics and mathematical physics from there in 1934, just a year after Calhoun College was established.

After teaching math at Vassar College in New York for nearly a decade, she enlisted in the Navy and “used her mathematical knowledge to fight fascism during World War II,” the university said.

A programming language her team invented in the 1950s was a predecessor to the widely-used COBOL. She retired as a Navy rear admiral at age 79, and died in 1992 at age 85. She was posthumously awarded the Presidential Medal of Freedom last year.