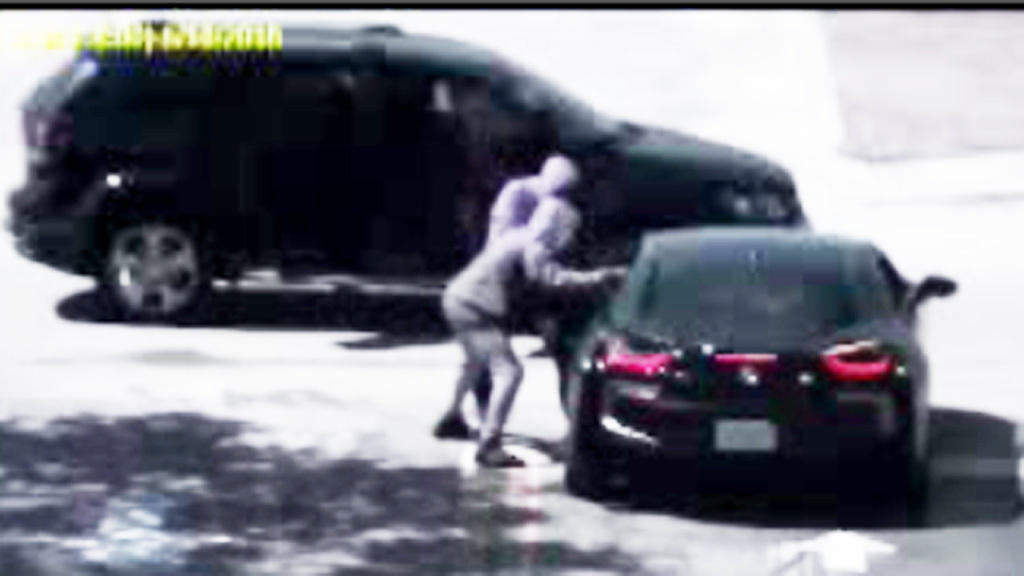 As XXXTentacion stops his car, two men jump out of the vehicle — one with some sort of assault rifle — and confront the artist, while a person in the rapper's car flees. Investigators say the men threatened and robbed the XXXTentacion, as video shows the men in some sort of struggle with him.

On the video, as one of the men points a large gun into the driver's side window, another man went into XXXTentacion's car. Then shots rang out and the men fled with a bag from the rapper's car.

That is the end of the surveillance video. But earlier, cameras recorded the rapper's arrival for the final moments of his life.

Surveillance video showed the suspects walked to the back of the store and got on their cell phones. Less than 30 minutes later, as XXXTentacion left the store and drove off, he would be shot.

Allen appeared in court this week asking to have his bond reduced. His attorney, Jim Lewis, said Allen never left the vehicle to take part in the robbery.

"He was at the wrong place at the wrong time with the wrong people," Lewis said. "It's always been my client's position is he didn't know this was going to be a robbery, he didn't participate in it. He didn't share any of the fruits of it."

But prosecutors and investigators accuse Allen of playing a role in the murder — from being linked to the rental car to communicating with people outside the store before the murder. Ultimately, a judge denied Allen's request to reduce his bond.

Each of the suspects in this case is charged with premeditated murder and each of them is locked up in the Broward County Main Jail.