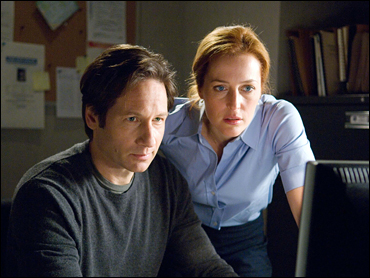 David Duchovny has entered a rehabilitation facility for sex addiction.

In a statement released Thursday by his lawyer, Stanton Stein, the actor said he did so voluntarily, adding: "I ask for respect and privacy for my wife and children as we deal with this situation as a family."

She and Stein both declined to elaborate further.

"All of us at Showtime wish David and his family the best during this very private time," the network said in a statement.

The actor appeared in the film "The X Files: I Want to Believe" earlier this summer. He has been married to actress Tea Leoni since 1997. They have two children.