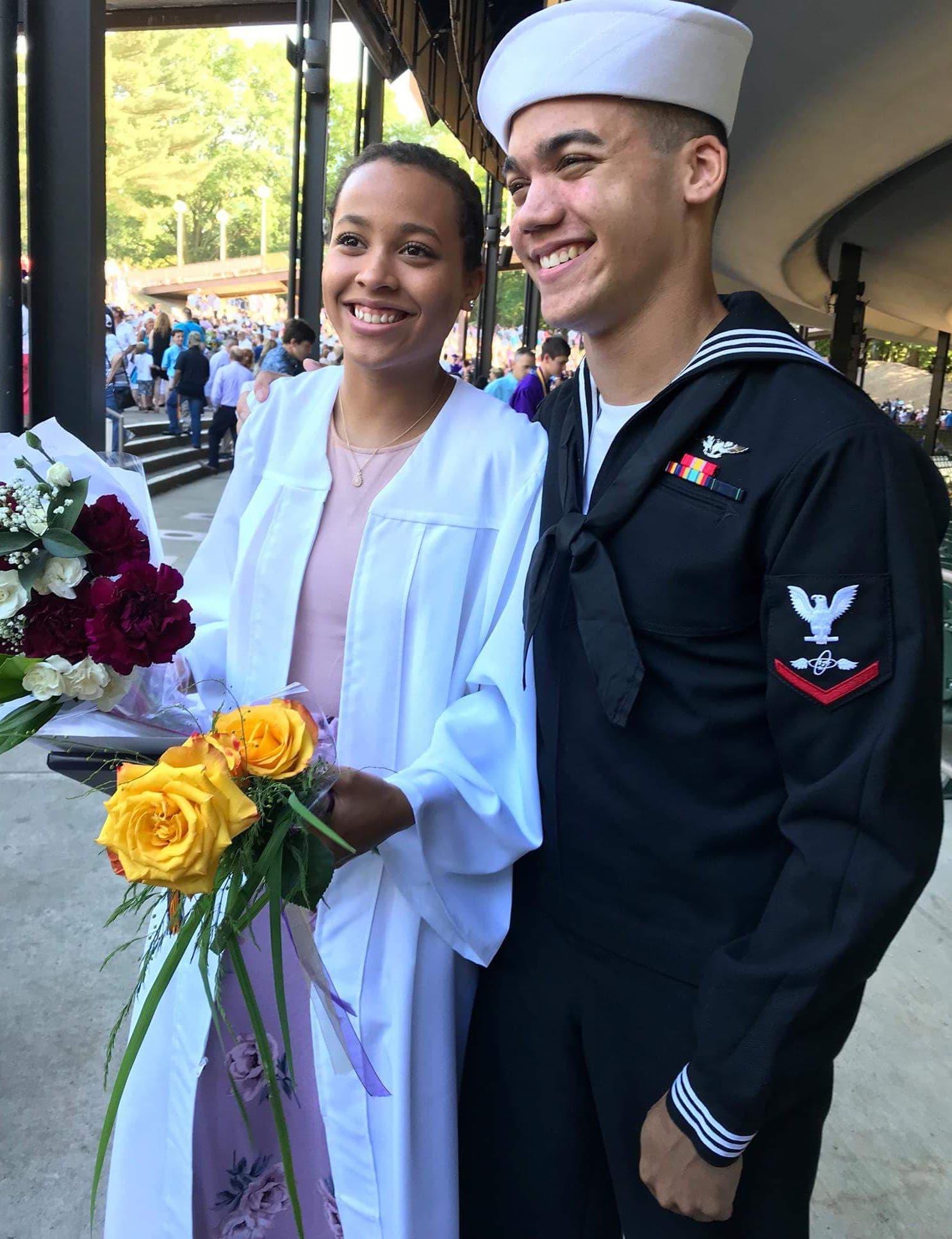 Arianna Crowd was walking across the stage at her graduation when she was given the best present: Her brother. Xavier Crowd, a petty officer in the U.S. Navy, surprised the Ballston Spa High School graduate on June 21st by walking onstage with her diploma in hand.

Andrea ran to give him a huge hug, knocking off her graduation cap in the process. Xavier had been deployed for seven months in the Middle East and Southeast Asia, and he wasn't expected to make it home to upstate New York in time for his sister's ceremony.

Xavier explained that it was his mother's idea to gain early leave to arrive for Ariana's big day. "It wasn't easy to pull off the surprise," said Xavier. "I had to be careful not to message the wrong people or make any announcements that my sister may have saw." The plan worked, and Xavier said his sister "had no idea" when he popped out to greet her.

Xavier is on leave for another two-and-a-half weeks. During his time off, he says the family is going on a trip to Maryland to spend quality time together.

Arianna is planning to follow in her brother's footsteps post-high school by join the Navy.