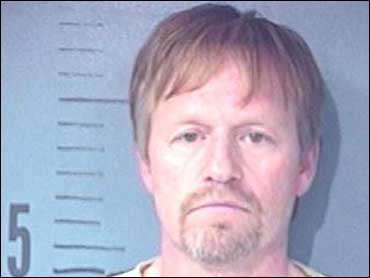 The husband of country singer Wynonna Judd was arrested March 22 in Texas and charged with three counts of aggravated sexual battery on a child under the age of 13, a spokesman for the Metropolitan Nashville Police Department confirmed to The ShowBuzz on Tuesday.

In a post on her Web site Tuesday, Judd said she filed for divorce from her estranged husband, D.R. Roach, citing irreconcilable differences, and named the charges against him.

"I am obviously devastated. Our family will pull together, begin the healing process and hopefully — by the Grace of God — become stronger. We will move forward with our faith, family and our friends to find resolution to this difficult situation," Judd said.

A spokesperson from the Taylor County Jail in Texas said that a warrant was issued in Tennessee for Daniel Roach and that he's being held on $750,000 bond. The message on Judd's Web site said that Roach had been seeking treatment for drug and alcohol addiction at the Shades of Hope Treatment Center in Buffalo Gap, Texas, since Feb. 21, 2007.

2The National Enquirer reports that Roach was arrested at the rehab center, the same facility where Judd battled a food addiction a year ago.

Roach was Judd's longtime bodyguard before he married the singer in 2003. Judd was previously married to Arch Kelley, they divorced in 1999 and have two children, Elijah, 12, and Grace, 10.

In an interview with Ladies Home Journal last year, Judd revealed that she was considering having more children with Roach.

"What the heck, I'm gonna see if I can, crazier things have happened. (My daughter) Grace says, 'I'd like a black sister or brother' — she's around my singers, and most of them are black — and I say, 'Be quiet and do your homework.' But I do think I may adopt," she said.

Judd told the magazine that she kept her marriage on track with counseling. "We do workshops and couples counseling. We've learned how to confront one another, to say how we feel. We don't blame and shame. You claim what it is you're upset about and you set it free," she said

The singer recently cohosted CMT's "Nashville Star" for its fourth season. She performed at the BB&T Legends concert series in Louisville, Ky., over the weekend.
By Amy Bonawitz