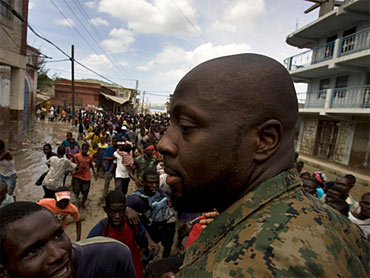 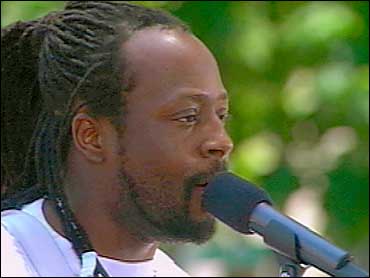 (CBS/The Early Show)
NEW YORK (CBS/WCBS/AP) Haitian-born rapper and community activist Wyclef Jean has often been called "the face of Haiti." But, his charity, Yele Haiti, offering relief to the victims of last week's earthquake, is under heavy fire, and Jean is firing back.

Tears streamed from his eyes during a Monday press conference as the singer spoke patois to Haitians back home, asking them for patience. But his eyes and voice cleared when he confronted the criticism that he somehow profits from the misery back home.

"Have we made mistakes? Yes," Jean said during a press conference Monday. "Did I ever use Yele money for personal benefit? Absolutely not."

"It is impossible for me to even comprehend the recent attacks on my character and the integrity of my foundation," he said in an earlier statement. "The fact that these attacks come as we are mobilized to meet the greatest human tragedy in the history of Haiti only serves to perplex me even further."

Tax returns from three, four and five years back from show costs like a $31,000 payment to a Manhattan recording studio that seem worlds removed from poverty-stricken Haiti.

In addition to the recording studio, the 37-year-old Grammy-winning artist also owns a TV production company in Haiti which, according to the tax return obtained by The Smoking Gun, received the lion's share of his foundation's money in years past -- six-figure payments for something called "outreach."

Jean said he was baffled by the timing and nature of the criticism of The Wyclef Jean Foundation Inc., which has already raised more than $2 million to help earthquake victims.

Jean said he has never profited personally through his work with the organization and he has committed significant amounts of his time and money to the charity.

Jean has been imploring followers to text "Yele" to 501501 to donate $5 to his foundation in to aid victims of the Haitian quake.