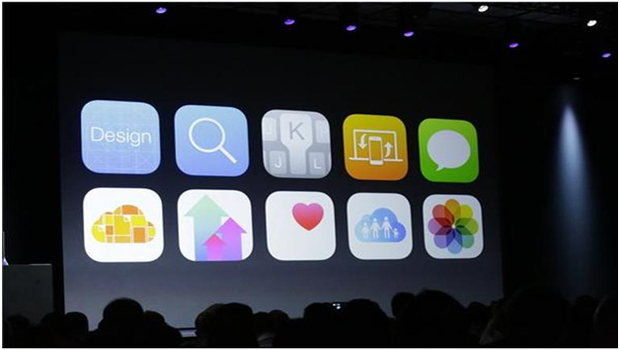 There was no iWatch at Apple's WWDC. No wearable technology item at all. But that doesn't mean one isn't coming. In fact, there were more signs than ever that Apple is closing in on every part of wearable tech except for the actual device itself.

WWDC is a developer's conference. Software was the star. But read the tea leaves, beyond the iOS and Mac OS X cross-compatibility, and there was a lot to suggest that many of the latest iOS 8 improvements are building toward a wearable device. Here's why:

Apple's Health, a future toolkit and hub app for health and fitness data, is intended to work with a variety of medical devices and different sets of health information, including a ton of third-party services. But Health would also be a perfect home app for an Apple fitness device.

Even better, unlike most standalone and siloed fitness tracker-app combos, an iWatch (or something like it) with HealthKit could be one of the more interconnected health devices because of that open relationship with data.

Smart bands and smartwatches tend to act as a mirror for a phone. Beyond that, it's the great unknown: few apps work well with the greater world outside your own Bluetooth-paired phone, and that's what hinders even the best of the current wearables. HomeKit is another hub intended for deeper control of everything from lights to thermostats, with Siri integration to boot. What could that mean? If an iWatch had Siri on it, it could be an easy path toward enabling voice-controlled smart-home control from your wrist.

Third-party apps will finally be able to access Touch ID as a replacement for entering passwords. The next natural step could be Touch ID as a way to authorize a payment. If an Apple iWatch had NFC or something like it for swipe payments, a Touch ID button could finish the transaction right on your wrist.

Extensions as the start of wearable mini apps?

It seems like iOS 8 allows more easily installed extensions and add-ons (like third-party keyboards) than any other version before. This is a leap, but maybe wearable technology software could end up being treated as a series of "extension" services to core apps rather than new standalone apps. At least it shows that iOS is getting more flexible.

Being able to start an email on an iPhone and finish on a Mac, or easily receive texts, messages, and phone calls on any device -- what Apple is calling Handoff -- sounds like a perfect stepping stone to a small-screened wearable. In particular, the phone call part: not only the capability to receive and possibly screen calls, but also to engage in Apple's new Tap-to-Talk audio messaging, which -- on a wrist with a microphone -- could be a more sensible stand-in for live voice communication.

We're probably going to have to wait till fall, when iOS 8 will be released, for any further news on what still remains a mythical Apple product category. But from my perspective, Apple's never seemed closer to gathering everything needed to enter the wearables category. All we need now is the hardware.