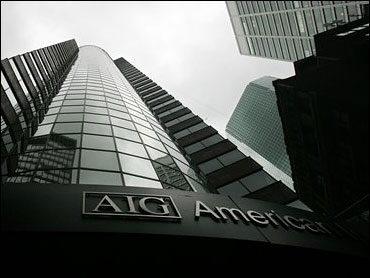 Much has been written about the struggle of U.S. veterans to get the proper care from the military's V.A. hospitals, but another class of returnees from the battlefront is facing similar difficulties obtaining care for injuries sustained in the war zone: civilian contract employees who suffered wounds while supporting the military's war efforts.

In an alarming article co-written by T. Christian Miller of ProPublica and Doug Smith of the Los Angeles Times, insurance companies responsible (under taxpayer-funded policies) for the treatment of civilian workers injured in Iraq and Afghanistan are reportedly routinely denying medical claims for basic care, as well as artificial limbs, psychological counseling and other services.

The same companies - primarily American International Group (AIG) - reaped hundreds of millions of dollars in profits from these insurance policies.

At least 31,000 civilians have been injured while providing support services to the military and U.S. State Department. More than 1,400 have died.

Injured Iraq war veterans have sued the Department of Veterans Affairs claiming they were denied timely services for medical and mental health problems.

Meanwhile, the military struggles to cope with soldiers who come home suffering from post-traumatic stress disorder (PTSD), which affects one in five service members returning from Iraq or Afghanistan, according to the Pentagon

But unlike veterans who are provided with care by the military, the civilian wounded have to go it alone - battling a federally-run insurance system that is laden with high costs and delays.

Just one of the 31,000 is Tim Newman, 44, a sheriff's deputy from South Carolina. He lost a leg to a roadside bomb while training police in Baghdad. After returning to the States, his doctors recommended a prosthetic leg for him. But Newman had to fight his insurance providers to get it.

It took him a whole year to get his leg.

Newman said civilian workers were being treated as an "invisible, discardable military."

Congressional investigators have found that insurers covering civilian workers in war zones have collected more than $1.5 billion in premiums - that's money paid by U.S. taxpayers - and earned nearly $600 million in profit, according to congressional investigators. Premiums charged by AIG (the leader in this field) were deemed "unreasonably high" by a military audit.

Companies that are contracted to work in Iraq or Afghanistan must purchase insurance (covering medical care, disability and death benefits) under a law created in the 1940s, when few civilian contractors were used in military operations. Because the contracts are paid for by the military, the premiums are taxpayer-funded.

With the Pentagon relying on civilian workers in Iraq and Afghanistan to a greatly expanded degree, injury claims filed by civilians have skyrocketed. And after 2002, insurance companies quadrupled what they charged - in some cases a worker's premiums cost the government as much as his or her salary.

The ProPublica/L.A. Times investigation reported that insurance companies initially rejected 44 percent of claims from contractors involving serious injuries, and more than half of all claims related to psychological stress.

And so, civilians who have been maimed or traumatized in one battlefield often find themselves in another war - fighting in court to receive the medical care and benefits that are their due.

Mediation often resolves the problems, but in more than 1,000 cases the dispute has wound up in court, where the process can last months or years.

AIG had a near-monopoly on workers' compensation coverage in Iraq and Afghanistan, processing almost nine of every 10 claims filed by injured civilians in the war zones.

AIG declined to comment on individual cases cited in the article, but in a statement the company defended its overall handling of war zone claims, although its claim that it paid 90 percent of contractors' claims without protest was modified after the Times-ProPublica's investigators' findings were offered.

AIG said "the vast majority" are paid without dispute "when the proper supporting medical evidence has been received."

To read the complete article at propublica.org click here.