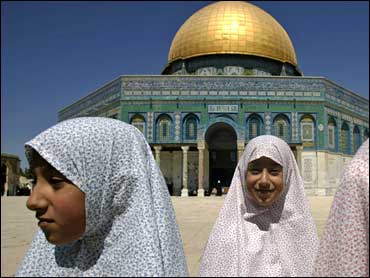 Israel should turn over Arab neighborhoods in Jerusalem to the Palestinians as part of a peace deal with the moderate government of President Mahmoud Abbas, Israel's deputy prime minister said Friday in some of the frankest remarks to date about what Israel might be willing to relinquish.

Ramon, a close ally of Israeli Prime Minister Ehud Olmert, said keeping all of Jerusalem would endanger the city's future as Israel's capital and suggested that many Arab sections be turned over to Palestinian sovereignty in return for international recognition of the Jewish neighborhoods Israel has built in east Jerusalem since 1967.

Israel captured east Jerusalem from Jordan in 1967 and annexed it, a move the international community has never recognized.

"This annexation threatens Jerusalem as the capital of the Jewish people. It will bring about its transformation into a Palestinian capital with a Palestinian majority," Ramon told Israel Radio.