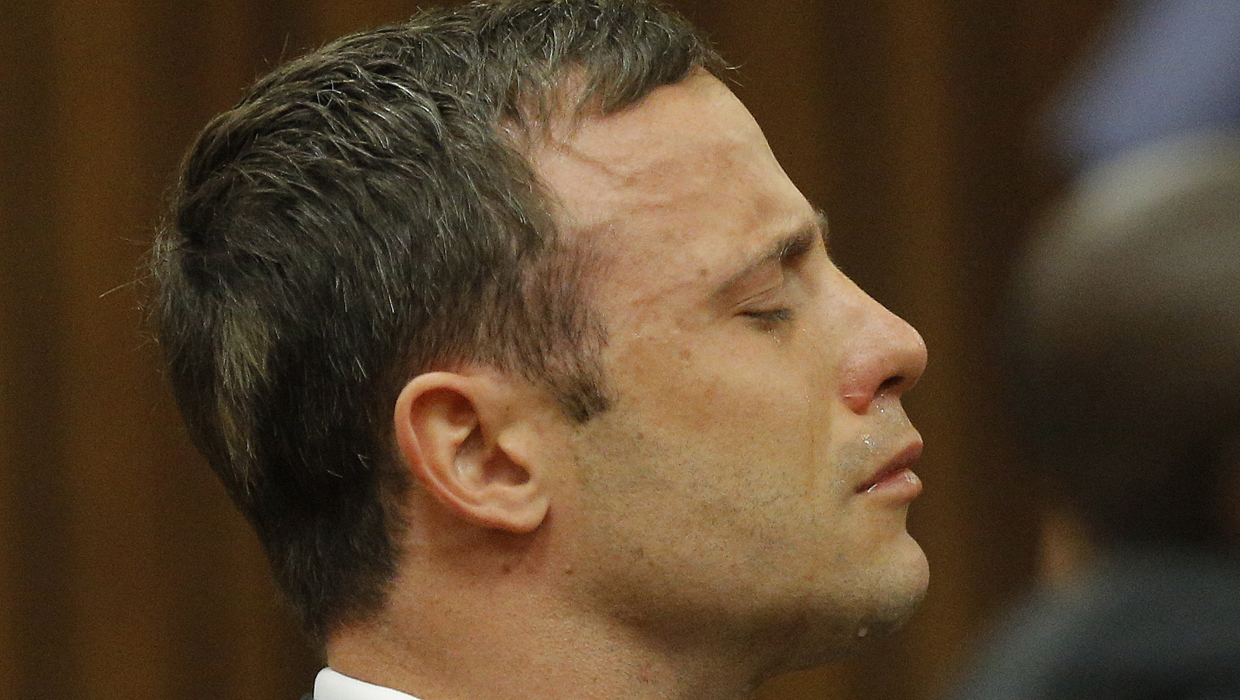 The decision as to whether Oscar Pistorius was guilty of murdering his girlfriend Reeva Steenkamp was left up to three people: Judge Thokozile Masipa and her two assessors - or legal experts.

In South Africa, criminal trials are not heard before a jury like they are in the United States. Instead, a judge conducts the trial and renders the verdict after conferring with two assessors - all three have equal votes on the verdict. If Pistorius' case had been tried in the U.S. - and the verdict had been decided upon by a "jury of his peers" - would the outcome have been different?

Legal expert Mark O'Mara, who defended George Zimmerman - the former neighborhood watch leader acquitted of murdering Florida teen Trayvon Martin - told 48 Hours' Crimesider that in his opinion, if Pistorius was tried before a jury, it's probable he would have been convicted of second-degree murder.

"The emotions of this case would have hurt him more in front of a jury," O'Mara says.

Pistorius, a 27-year-old double-amputee Olympian, was found not guilty Friday of premeditated murder and a lesser murder charge - similar to the U.S.' second-degree murder allegation. He was, however, convicted of culpable homicide - which is equivalent to manslaughter. He faced 25 years to life in prison if convicted of premeditated murder. Now, he faces a maximum of 15.

Before handing down the verdict, Judge Masipa said the prosecution failed to prove beyond a reasonable doubt that Pistorius intended to kill his girlfriend - Steenkamp - when he fired four times through a bathroom door in his home in the pre-dawn hours of Valentine's Day last year.

The judge did say, however, that in her opinion, Pistorius "acted too hastily and with excessive force" on the fatal night.

Throughout the trial, the prosecution argued the athlete intentionally killed Steenkamp, a 29-year-old model and budding reality TV star, after a loud nighttime argument heard by neighbors. While Pistorius acknowledged firing the shots through the bathroom door, he argued he didn't know Steenkamp was on the other side, claiming he mistook her for an intruder.

In explaining her verdict, Masipa asserted that Pistorius could have taken other action that night, such as calling the police or security at his housing estate. She also noted that Pistorius was a "very poor witness" who had lost his composure on the stand and was at times "evasive." But Masipa emphasized that did not mean he was guilty of murder.

However, according to Mark O'Mara, the same conclusion is unlikely to have been reached by a jury.

If a defendant testifies and is not a believable witness it weighs very heavily on a jury, O'Mara says.

"If you poison a jury with your own lies as a defendant - they turn against you. Once a jury believes he was deceitful, they would have turned against him," O'Mara told Crimesider.

According to O'Mara, a judge and a jury can interpret a case very differently and there are pros and cons to each.

"Judges know the law inside out. They know how to apply it and not to get caught up in emotions of the moment. You would think a judge would make better decisions based on law and on facts," O'Mara says. "On the other hand, we have juries because we want to be judged by a jury of our peers. ... We like juries because they are common folk and because they look at it and say, 'here's what I'm thinking.'"

When a jury is empanelled in the United States, they are told to look at the facts of the case and apply common sense, not necessarily legal sense, O'Mara says.

"In that sense, juries are more willing to listen to what really happened and make sense of what happened. And sometimes, that means they may let more people go than judges would," O'Mara added.

Still, O' Mara says juries are more likely to lean towards a conviction when it comes to a heinous crime and their emotions come into play.

But Richard Gabriel, a leader in the field of jury research and jury selection and the author of the new book "Acquittal: An Insider Reveals the Stories and Strategies Behind Today's Most Infamous Verdicts," tells Crimesider that although judges are expected to be objective and focus solely on fact and law, "they are ultimately human and view evidence through the lenses of their personal experiences, beliefs, and even biases."

In the case of Pistorius, Gabriel says, the judge and her assessors found some of the prosecution's witnesses unreliable and seemingly believe that Pistorius could have feared for his life when he shot through the bathroom door.

"All of those are subjective evaluations," he says.

According to John Blume, a law professor at Cornell University and former defense attorney, juries tend to acquit at a higher rate than judges do, but on average, U.S. studies indicate that judges and juries generally agree. And, naturally, a bench trial cannot end in a hung jury.

While Blume isn't so sure that Pistorius' case would have turned out differently had it been decided upon by a jury, he notes that the variety of different experiences and backgrounds that a jury brings to a case is a plus.

Gabriel says it depends on the makeup of the jury.

"If you have a panel of jurors that are sensitive to domestic abuse or gun rights, those attitudes... can tilt a jury verdict more toward the prosecution or defense," Gabriel says.

O'Mara, on the other hand, speculates that it may not have worked in the Olympian's favor.

"...I think a jury would have held him more responsible than this judge is holding him," O'Mara says.

"I think the jury would have had a more difficult time parsing out the law and the facts. They would have said - you were having a fight, you argued in the past... all of a sudden four gunshot wounds?"

He added: A jury probably would have found Pistorius guilty of second-degree murder - a crime committed in the heat of passion and one that could carry a sentence of up to life in prison.