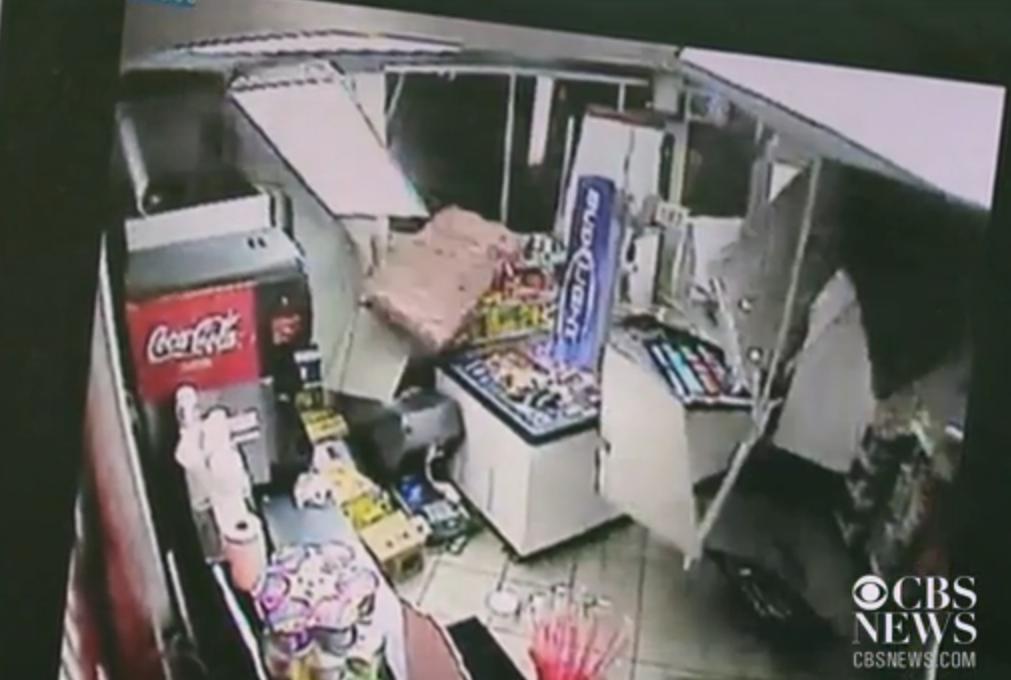 Surveillance video captured the entire incident, which shows the suspects backing a silver truck into the Valero store and causing massive damage both to the exterior and interior.

In the video, sections of the store's ceiling can be seen collapsing as the pickup smashes through a wall.

A clerk was in the store at the time but was not harmed. The suspects were apparently after the ATM, but they fled before taking anything.