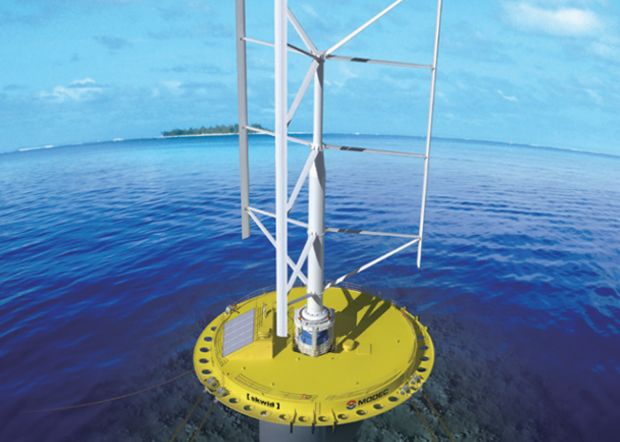 We may be closer to harnessing the power of the sea and air. The world's first hybrid wind-current power generation system will be installed off the coast of Japan later this year.

According to Japan's NHK News, the wind turbine will be 47 meters above sea level and the tidal turbine will have a diameter of 15 meters. The two sections will be connected by a power generator, the Japanese news agency reports.

NHK News sources say that the turbine will be tested in the fall. Once operational, the turbine could generate enough energy to power about 300 households, the news agency reports.

Editor's note: This article was updated to reflect that the generator is a wind-current hybrid, not wind-water hybrid.